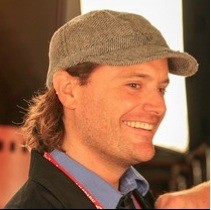 The tech community has become so robust at the Jersey Shore that Bret Morgan is moving Cowerks, the Asbury Park coworking space he and Danny Croak have established, to a larger venue.

In an innovative move, Morgan and Croak are urging the tech community to step up and support this venture through “investments” on the Indiegogo crowdfunding site.

As of this writing, they have already raised more than $4,000 of the $10,000 they hope to be donated in return for mugs, T-shirts, free coworking and other items.

NJTechWeekly.com can attest to the fact that meetups at the current space are often packed.

Morgan said he had tried to keep all the meetups at Cowerks free or low-cost, but the value to the tech community at the shore has been “immense.” He noted, “You no longer have to travel two hours to New York for a conference costing hundreds of dollars to have experiences” with some of the industry’s best and brightest.

He added they chose crowdfunding rather than charging for more for meetups and other experiences because the Jersey Shore tech community, while robust, is not ready to handle these costs. They are funding through Indiegogo’s platform “because we felt their fee structure was a little friendlier than Kickstarter” and Kickstarter “won’t issue the funds unless you hit your goal.”

“This may work well in situations when you’re raising money for bringing a product to market where it’s a zero sum game, but our needs don’t really fit into that model.” They considered building their own web platform similar to the one they did for Restore the Shore using Selfstarter, but they felt they were “spread a little thin at the moment” so they decided to go with an off-the- shelf solution.

Cowerks expects to expand low-cost content offerings in its new space, partnering with additional service providers — as it has been doing with startup law firm SorinRand (East Brunswick) and IncubateNYC — to give real-world advice through workshops, boot camps and breakout sessions.

Looking back at the 2 ½ years since Cowerks was established, Morgan admits that the going was not always smooth. In fact, the idea for Jersey Shore Tech Meetup began as a lead generator for Cowerks. “We figured that if we could build a community to hang out in the space, we’d be able to attract a few talented individuals to work here,” he explained.

The first meetup group the Asbury Park coworking space hosted was Jersey Shore Web Developers (no longer in existence), and one of the people who happened to attend was Kevin Fricovsky, who was trying to run a creative meetup of his own in Red Bank, Morgan said. Fricovsky became a co-organizer.

“The first six months of Jersey Shore Web Developers was slow — the busy months had 15 people and the slower [ones] two or three,” Morgan recalled. “We were too stubborn to quit, so we plowed through that first winter, and our numbers started growing by the spring of 2011.”

Then Chris Ackermann approached Fricovsky and Morgan about a tech meetup he had recently started and suggested a possible collaboration. The two ended up bringing Chris on as a co-organizer as well and merged the two groups under the Jersey Shore Tech Meetup umbrella.

Since its first meeting, Jersey Shore Tech Meetup membership has grown to “a vibrant community of 500 members, making it one of the larger tech meetups in the state of New Jersey,” said Morgan. “Each month’s event is attended by close to 50 entrepreneurs and technology enthusiasts from all over Monmouth and Ocean counties, and most months boast a waiting list.”

In the future, Cowerks hopes to partner with local high schools to offer students access to technology classes and mentorship from experienced entrepreneurs, said Morgan. It is trying to help “pave the way for the next generation of entrepreneurs right here in our backyard,” he noted.

Previous: Holsinger Explains Klout’s Potential and the Future of Brand Marketing to FDU Group
Next: In Princeton, Tigerlabs Opens Applications for Student Accelerator