Home » News » Coworking spaces Mission 50, Cowerks and Indiegrove Get Just Under $1 Million in Loans from EDA 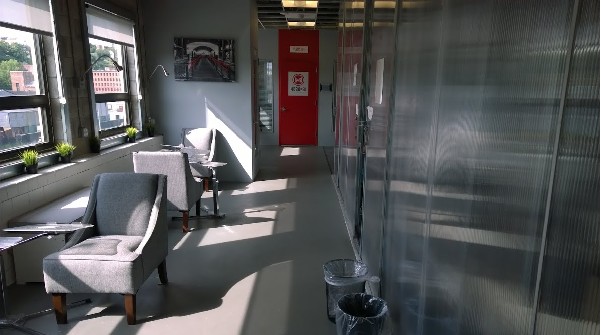 Three successful applicants to a program initiated by the New Jersey Economic Development Authority last July were approved by the EDA board for loans totaling nearly $1 million on Jan. 13.

The recipients were Mission 50 (Hoboken), Cowerks (Asbury Park) and Indiegrove (Jersey City), all of which NJTechWeekly.com has covered extensively.

Coworking spaces nurture the smallest NJ companies as their founders leave their homes and seek spaces to work, learn entrepreneurship and collaborate.

As one New Jersey tech entrepreneur, Kirsten Lambertson, put it, “Coworking is more than working in the same room: It’s community! And community is the secret to creating a thriving startup economy in our localities. Entrepreneurs of all stripes need the support system that a coworking space — and the community that evolves around it — provide.”

Michele Brown, CEO of the EDA, said in a statement, “This funding will support the earliest stage New Jersey entrepreneurs and technology startups by partnering with three thriving coworking spaces in Hudson and Monmouth Counties.”

Greg Dell’Aquila, Mission 50 cofounder and president, told the EDA that he would use the money for “some combination of construction of space, furniture and fixtures and working capital.”

Dell’Aquila confirmed that part of the proposal includes creating an incubator in collaboration with Stevens Institute of Technology.

Cowerks was granted a $240,000 loan. Danny Croak and Bret Morgan, the cofounders, told the EDA that they planned to use the loan to quadruple their available space for startups and entrepreneurs, and to launch the first makerspace in Monmouth County.

They also intend to open a second space, nearer public transportation.  “Tied in with our expanding classes and workshops, we feel that with these funds we will be able to become the ‘go to’ resource for technology and entrepreneurial activities in the area.”

Indiegrove was approved for a $175,000 loan. Founder Zahra Amanpour said that the loan would be used to expand Indiegrove’s space at its current location, in downtown Jersey City, close to the PATH station. Specifically, the funds will help cover space-build-out and startup costs such as renovations, hardware and advertising, she told the EDA.