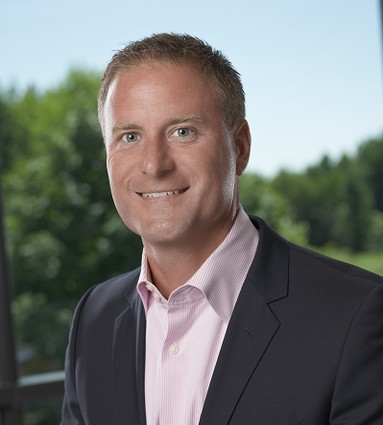 If you are a New Jersey tech startup that needs a little advice — on how to find a best-fit business-development expert, how to improve your slide deck, how to hone your business model and what steps you should take to prepare to scale, for example — Edison Partners wants to help.

The venture capital group has declared that it will be holding open office hours with its partners twice during the second week of every month. This isn’t an opportunity to pitch for funding. Rather, it’s is an opportunity to pick the brains and harness the expertise of these Princeton-based VCs.

“We wanted to do this before now, but we got busy with finishing raising our most recent fund, which is closing tomorrow,” said Chris Sugden, managing partner. “We moved to Princeton in October, and our goal was to bring the Princeton entrepreneurial community together in a more active way. The [Princeton Tech] meetup is doing a great job. There is Tigerlabs up the street. And we are trying to do our part as well.

How to Best Take Advantage

Sugden told us that the open office hours will work well for entrepreneurs who have a business plan, or have put some slides together and maybe have a product. Edison wants to help early companies, but not companies that are just an idea on the back of the napkin, or that have three ideas and want to know which one the VC likes. However, “If you are not sure of your business plan, we can give you some advice on that,” he said.

Edison no longer goes to market based on geography, he said. The partners specialize in particular industries. “What the entrepreneurs who take advantage of office hours will want to know is if the partner” that is holding the hours that day “is in my industry or space. If Ryan [Zeigler] is meeting with a fintech company, that will be a waste of his time. But if Ryan is meeting with a marketing-technology or advertising-technology company, that’s in his wheelhouse.” The industries the partners specialize in are listed on the website. Sugden, for example, is a “fintech guy.”

The new open-office-hour approach is a natural progression for the firm, Sugden said. “We have more than 5,000 companies in our database and keep in touch with more than 1,000 a year.” Then Edison talks to about 1,000 companies a year that are new, he said.

“So we are talking to companies about their early-stage business development efforts all the time. You never know which ones are going to pop. …We are giving back a little bit, but it’s not all altruistic because we believe there may be a couple of founders we’ll meet in this process that we’ll wind up backing at some point.”

Princeton is a great area in which to start a business, Sugden continued. “We have a lot of smart people in the area, with Princeton, Rutgers, Rider all here. As one of the larger funds in town, we wanted to make ourselves available to businesses.”

The mentoring sessions will work this way: A different partner will be available at each of the sessions listed on the website. So, you’ll know whom you’ll be speaking to on any given day.

Sugden noted that some of the partners already angel invest, and several mentor young companies in their free time. “Kelly Ford Buckley, on our team, mentors the Kitchen Twins,” the young sisters who have an online cooking empire. Princeton-based Theia Senior Solutions uses the Edison offices as kind of a coworking place, and the founder “sometimes hits us up for advice in the hallways.”

Two founders whose companies are based in New York use the Edison space all the time when they are in New Jersey. Sugden noted that, when Edison moved to Princeton, they thought they might create an incubator, but “we didn’t want to get too far removed from our day job.”

NJTechWeekly.com asked Sugden about the investment climate in New Jersey. “Three of our biggest wins ever have been in New Jersey,” he said, citing three Bedminster firms: Dendrite,  which formerly provided software to the huge sales forces of pharmaceutical companies; GAIN Capital, a leader in online trading technology; and Premier Health Exchange, now part of Zelis Healthcare (also in Bedminster), which offers advanced network and cost-management solutions for health plans. “We’ve had great success here. I’d venture to say that New Jersey is number one or two of all the states we’ve done business in.”

As a “fintech guy,” Sugden noted that New Jersey has a “big advantage in capital markets and the backups for Wall Street. I see financial technology deals all the time in New Jersey.” He also said that New Jersey, and the East Coast in general, continues to be where the customers are. “There are a lot of big buyers in New Jersey or in New York, so being in New Jersey gives you access to pharma, large retail, telecommunications companies, cable companies, etc.”

Another thing New Jersey has going for it is the talent advantage, said Sugden. “Candidly, the talent advantage” is great. New Jersey is expensive and it’s not cheap to live here, “but people want to live here and they do live here and it’s a really smart, educated population. We see startups able to recruit talent that a lot of times no longer want to do the New York commute.” He added that, as companies begin to grow, they’ll be able to find middle management and executive talent right here.