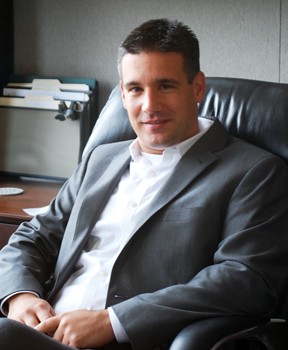 “There were a lot of synergies between our two companies, but one we’ve recognized for some time now is that we have connectivity into multiple data centers in and around New Jersey and New York City,” said Vincenzo Clemente, president and CEO of Cross River Fiber, in an interview with NJTechWeekly.com.

“It made sense for us to collaborate on two fronts, one of which was joining our networks together to service both New York and New Jersey, and the second was to develop a platform to allow our end users to get access to that data-center connectivity a lot differently than they get access to it today. …We’ve tried to create a tool that gives them access to this more easily and transparently.”

Clemente explained that end users in data centers who need more connectivity usually have to call the carriers themselves, or their facilities will do it. They get various pricing offers and a bunch of different types of contracts for one-, two-, and three-year terms. Then it takes a while to make that decision and go through the process of contracting with the selected carrier.

The zXc portal allows end users to gain connectivity easily and fast. “What is unique about this platform is that it is a portal. You go on it and pick locations you’d like to interconnect and pick your service type,” said Clemente. “Basically, it gives you a summary that tells you that it can be configured in these service flavors, and here is your price. It tells you how long it will take to give you this service. It is very interactive and user-friendly. Service can be ordered from month to month or for however long a user needs it.” In most cases, the services are up and running within a couple of weeks, “which is unheard of in the industry.”

Clemente said that the companies were able to offer this service because they had done a lot of work on the back end to preconfigure connectivity options.  “As owners of our own infrastructure, we were able to do a lot of pre-configuration, which allows us do the provisioning within 15 days.” He added, “We’ve solved for a few different things: simple configuration and online ordering, online payment, no term contracts and zone-driven pricing.”

Walter Cannon, vice president of sales and marketing at ZenFi, said that the new portal was developed with Microsoft tools, using standard best practices. “It’s a hosted cloud application” that the two companies want to expand in future versions. “We want to extend it to connect to other networks and invite other partners into the zXc network, which will allow us to have many partners and provide connectivity to other areas. So we developed a robust platform and picked Microsoft development tools, so we could grow with it.”

The two companies had been talking about this partnership for two years, and they formalized it last summer. The development process took three to four months. “The end users wanted everything, and we tried not to put everything in the first version so we could deliver it,” Cannon explained. “There are a slew of conferences we go to in the spring, and we wanted to have it ready for those shows.”

The companies launched zXc in January 2017, with 28 colocation facilities connected. Over the next two years, the companies say they will continue to grow the network and coverage areas, along with the capacity to carry the growing traffic load, according to a release.