Home » News » Follow the Economics and Surround Yourself with Decent, Smart People, Nagle Advises at NJTC 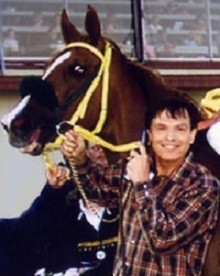 Reid Nagle, the founder and former chairman and CEO of SNL Financial, a global financial infotech company founded in Hoboken, was the featured speaker at the New Jersey Technology Council (NJTC) Executive Leadership Summit, held in Jersey City on October 25, 2012.

As he addressed 200 C-suite executives gathered there, Nagle provided lively stories stitched together with lessons learned at his two jobs prior to his establishing SNL.

Nagle’s first job was with N.J.-based City Federal Savings and Loan, a very creative, innovative institution, he said. Being there taught him a couple of lessons. “One of the things I learned is that there is a big difference between accounting and economics,” he recalled.

“There is the overriding economics, and then there is the accounting that underpins it. … It is always important to manage the economics and not the accounting, and if you do the reverse, particularly if there is a big spread between the two, it ultimately leads to failure,” said Nagle.

He recounted that City Federal was the most profitable large thrift in the country and its management wanted to continue that profitability, they would “sell off the loans, which showed a book profit. But that produced just paper profits, and left on the books were all the underwater mortgages. This was ultimately a strategy that doomed the organization, and it failed five years after I left.”

The other lesson Nagle learned is that CEOs can’t manage in absentia. The president of City Federal, a dynamic visionary, had a big house in Florida but didn’t have a strong management team in place, “and that included me,” Nagle said. “The best thing is to develop talent from within and know when it’s time to step aside,” he added.

After City Federal, said Nagle, “I went to work with Ivan Boesky, the Bernie Madoff of his time. Boesky had purchased a 10 percent stake in a thrift organization in California. He was going to buy the remaining 90 percent and was looking for someone to run it. … I spent time analyzing it, and while the accounting statement said it was solvent, when you delved into the underlying economics, it was clearly a bankrupt institution.”

Nagle said he had told Boesky the financial institution would fail, and Boesky unloaded his 10 percent stake but later he called Nagle, asking him to build a financial services holding company around another deal. He joined Boesky in 1984.

In 1987, Boesky pled guilty to insider trading, “none of which I was aware of,” Nagle said.

Working with Boesky was “an eye-opening experience,” Nagle noted. “He had nine TVs and nine cameras trained on his researchers and traders. When you walked into his office, there were nine different speakers in different parts of the room, where all their conversations were being piped in. He was obsessed.”

Boesky was a merger arbitrageur. When acquisitions were announced in the marketplace, he would typically go in and buy the stock of the selling company and short the stock of the buying company. Ultimately Boesky went into venture arbitrage, Nagle said, “which meant buying stock in companies that investment bankers had told him they were going to sell, in return for giving them [illegally] briefcases full of cash.”

Boesky had a bifurcated personality, Nagle said. To traders and researchers he was a madman. “To me he was a pretty decent person, albeit insecure and obsessed. I used to get to work at 6 a.m., and he would roll in at 6:15 or 6:30. Occasionally I wouldn’t make it in to the office at 6 a.m., and he would frantically call me at home and want to know why I wasn’t there.”

Nagle said he learned a lot from the Boesky experience, including to trust his instincts about people and stay away from destructive ones. “Ivan didn’t worry about the effect his actions would have on other people’s lives, and in the end a lot of people’s lives were ruined. … I had always been a very trusting person, and one of the things I learned from my Boesky experience was to develop an antenna to keep myself away from destructive people.

“I wanted to surround myself in the company I ultimately built with people who were good and decent – hardworking and smart as well – but in the long run it does make a difference as to who you associate with.”

The Boesky relationship made it difficult for Nagle to get hired by others later on. He had reached the level of Chief Financial Officer with Boesky, he said, and he became untouchable.

The solution: Nagle started his own information technology company based on an idea he had while at City Federal. “When I was at City Federal, I spent an inordinate amount of time fielding calls from equity analysts and institutional investors who all wanted the same information.

The company, SNL, was initially a central information clearinghouse for Wall Street institutions, then for investors and the companies themselves, as well as for those who serve the industries SNL covers – banking, insurance, financial services, real estate, energy, media and communications and metals and mining. The idea was to develop higher-quality and more timely information than prospective clients could on their own, Nagle explained. Technology became the means of distribution.

“I always managed the company in terms of its long-term economics, and even when we started thinking about an exit down the road, I said, ‘I’m not going to run this company to be sold; I’m not going to dress up the figures for a sale,’ ” he noted.

“We pretty much operated without a budget until the last five years or so before the exit,” Nagle added. “We made good economic decisions, and we spent what made sense.” In the information world, technology is always changing. “It was impossible to predict what decisions would have to be made and what the cost implications of these decisions would be,” he continued.

Ultimately, of course, “when you get to be a couple of thousand people as an organization, you need to have the discipline of a budget, but when it [the company] is smaller,” you can get away with this approach.

Nagle said he made everyone in the company a shareholder early on, so those on board early had a stake. Ultimately that became untenable because of laws that limit the number of shareholders a company is allowed to have without having to register and file with the SEC.

Nagle noted that SNL rode the computer technology upgrade curve. At first the company offered its information in a paperback volume, then on many floppy disks, then “obviously we migrated to Windows, and now our service is entirely Internet-based.”

“We also had a different business model than [that of] other information providers like Bloomberg, who use a per-seat pricing model. We issued a firm-wide license.”

In May 2010, Nagle stepped down to become a full-time thoroughbred horse trainer, but he remained a 60 percent shareholder in the company. Pete Masucci, of private equity firm New Mountain Capital (New York), approached him about becoming SNL’s majority shareholder. Nagle decided to take the buyout because of New Mountain’s focus on a small number of portfolio companies, its excellent reputation and his gut feeling about Pete and the other team members with whom he would be working.

“That appealed to me, because if I were going to sell, I wanted to share the upside with my new partners and wanted them to feel pain if the company didn’t prosper,” he said. “Because my new partners and the management I left in charge are so smart and decent, it’s worked out really well,” he concluded.