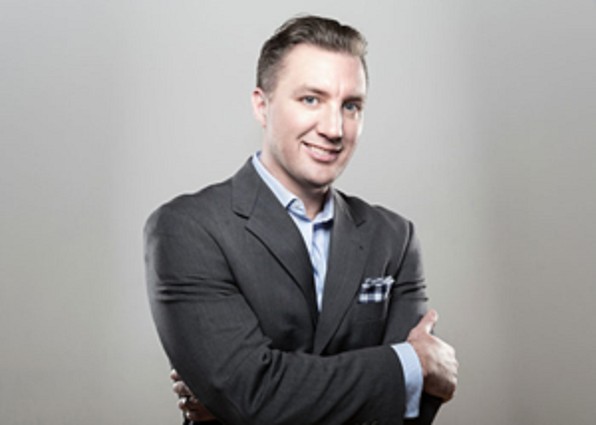 [ The original version of this article was published on the Cowerks website. You can find it here: “For Craig Phares, It’s All About Making Really Awesome Things.” The article below has some minor edits. ]

In 2007, Craig Phares was a creative director at an advertising agency. He experienced first- hand the red tape and overhead involved in the process of giving clients what they needed. “Then I realized I could totally streamline this entire process with a smaller team,” he said.

Then Six Overground came to fruition.

“It started with just me. Now I have as much as 10 employees at any given time working on projects,” Craig said.

Six Overground is an Asbury Park boutique digital agency that builds platforms for clients, constructing mostly mobile applications, as well as websites, brand identity and server architecture. Craig and his team harness the best part of an idea and turn it into a streamlined digital product. Six Overground helps the new guy emerge onto the scene with an integrated platform that encompasses what the new brand is all about.

On a daily basis, Craig checks Hackers News, Sidebar and Product Hunt to stay up to date on technology, design and the startup landscape. He spends his days building magnificent online structures that enable his clients to stand out in a big world — but that doesn’t prevent him from focusing on other important things, like practicing Brazilian jujitsu, dropping the kids off at school and eating dinner with his family.

“We do very little actual marketing,” Craig explained. “All of our business is currently generated through referrals and word of mouth. Our network is quite large, since we have been in the industry for over nine years.” The success of Six Overground should, of course, be attributed to hard work and perseverance, but the business’s environment, which naturally cultivates growth, shouldn’t be overlooked.

“We have also received a good amount of work from our office space. Since we work in a coworking office, many of the people in the building are in a similar industry, and we collaborate on various projects as they come in,” Craig added.

The collaborative community of Cowerks, where Six Overground is based, encourages people to work together and thereby accomplish much more than one person could achieve alone.

What Makes You Get Out of Bed in the Morning?

“I really love what I do,” Craig said, smiling. “Part of the magic of the digital world is being able to watch your concept come to life as it’s built. Graphics that were just static designs start to move on the screen, and people are interested and engaged in what you create. It’s all very exciting.”

In a world full of consumers who know what they want and want it now, it can be exhilarating to make people’s dreams come true. Six Overground has the programming knowledge to create perfectly integrated functionality, while also the artistic background to help make the final product look flawless, he said. Living the lifestyle of a maker is filled with awesome rewards, but there are serious challenges, too.

“As a small business entrepreneur, you never really know how your company will stand the test of time. There’s no job security. We’ve been fortunate enough to work in an industry that is hungry for what we produce, and I hope that continues for a long time,” Craig said.
To combat that insecurity, he is seeking bigger clients.

A good portion of Six Overground’s work comes from businesses in the area that are looking for digital solutions. “We are always open to speaking with local business owners about the industry in general and how we can help them grow and thrive in this increasingly digital and mobile world,” Craig said.

Up, Up and Away

Six Overground is launching two internal products this year. The first one, called “dropdrop,” took off in May and was on the front page of Product Hunt the same day. The app allows the user to leave messages at a certain place and time, utilizing geo-caching and a defined radius. The second launch will take place later this year.

In five years, Craig sees Six Overground focusing exclusively on its own suite of software products (and possibly dabbling in physical products). In 10 years, Six Overground has the potential to be a leader in product design, both physical and digital.

“I would love to see some of our internal products sold to interested software companies. This would help in freeing up our time to devote to more of our own work,” Craig said. He hopes to continue working on innovations for the ever-changing needs of consumers.

In order to get to know Craig a little more, we posed some out-of-the-box questions and put him on the spot. When asked to make a prediction for 20 years in the future (it could be technological, social, economic or cultural), Craig said, “Technology implants will be mainstream.”

Craig backed up his prediction with some evidence: “I read ‘The Singularity Is Near,’ by Ray Kurzweil, last year, and it opened my mind to the speed at which technology is accelerating. This book is a must-read for anyone interested in technology.”

That’s some summer reading for those of you out there still looking.