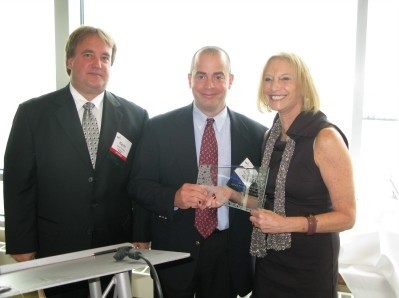 [The following story was reposted with permission from Philly Tech News. It was orginally published Tuesday, May 28, 2013]

After considerable delay (it took me longer to put this together than I anticipated) here is my updated, revised and expanded (to 41 companies, actually, from 30 previously) Philly Tech News “Young Companies to Watch”.

Rankings reflect a general, though by no means precise, estimate of relative market values based on revenue or profits when reported, growth, invested capital and reported valuation points, and a scattering of any other data points and inferences that I could gather. Also I look at non-quantitative indicators such as a startup’s intellectual property, the track record of its leadership, and evidence of market acceptance.

The depth and quality of these Philly-area startups, I believe, is much stronger than in the past, and there many other excellent startups not on this list but are included on the bench (see others to watch). And then there is a entirely different tier of earlier-stage startups that others in Philly area have compiled information on.

This is not a revenue-driven list; relative market values may vary greatly from revenue comparisons according to the quality of a company’s intellectual capital, its market acceptance, and its long-term potential for growth and profitability. There are many other excellent consulting firms and agencies, but for this purpose I focus on product-driven businesses.

Each company is privately held (though publicly traded corporations may hold a minority interest in some, and InsPro Technologies has a small public float but most of its value is in its non-listed preferred shares) and has an official headquarters or co-headquarters in the broader Philadelphia region. All of these companies’ strategies are largely driven by proprietary information technology.

At the least, the top five companies (SevOne, iPipeline, InstaMed, Quintiq & Monetate) may have the potential to become IPO candidates if they do not have some other exit first. Another notable trend is the strength in the insurance software space, which appears to be booming. iPipeline, InstaMed, InsPro Technologies, Unirisx and Adaptik are all represented, and there is also Adminovate which is not included here now but may be soon.

I update these rankings on a regular basis as new information becomes available, and welcome input or insights that that might enhance their accuracy.