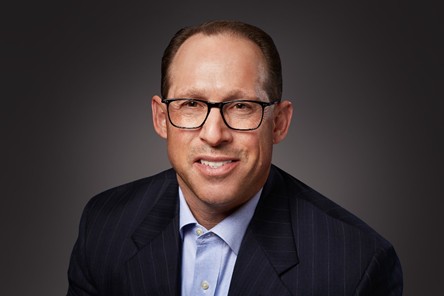 Synchronoss Technologies, the Bridgewater-based public tech company that has undergone some tough times recently, now has a new CEO to guide it.

Glenn Lurie succeeds former CEO Stephen Waldis, founder of the company, who will remain chairman of the Synchronoss Board of Directors.

Lurie comes from one of Synchronoss’ most important customers, AT&T, and brings with him a wealth of experience.

According to the official announcement, Lurie has nearly 30 years of experience in the telecommunications and wireless industries. He has “significant leadership and operations experience, most recently serving as President and Chief Executive Officer of AT&T’s Mobility and Consumer Operations until his retirement from the company in September 2017.”

“Prior to his promotion to CEO and President, Mr. Lurie served in a number of senior executive roles at AT&T, and led the team responsible for negotiating AT&T’s exclusive U.S. agreement with Apple Inc. to launch the first iPhone in 2007.”

Waldis said, “Glenn’s knowledge of the wireless and media space, broad industry relationships and operational acumen are second to none, and make him the ideal leader to drive the next chapter of success for Synchronoss. I have worked closely with AT&T for many years and have seen firsthand the profound impact Glenn can have on all aspects of a company, especially his ability to launch innovative new businesses and products. Glenn also brings a strong reputation for his people first leadership style and ability to take his teams to the next level of success.”

The company announced that it had provided “significant inducement grants” to Lurie encourage him to take the job, many of which are tied to growth goals and increased shareholder value.

On November 14, the company announced that it had completed the sale of its wholly owned subsidiary Intralinks to  investment funds affiliated with Siris Capital Group. Investment funds affiliated with Siris had signed an agreement on October 17 to acquire all of the Intralinks stock for approximately $1 billion in consideration. Synchronoss intends to use the proceeds from the Intralinks transaction primarily to retire its term loan debt. We covered this here.

Synchronoss has recently been in trouble with shareholders, as Nasdaq has threatened to delist it because certain SEC required forms had not been filed on a timely basis. The company announced this week that it had received the anticipated letter from the Nasdaq Listing Qualifications Department saying that if it doesn’t request a hearing, it would be delisted.

Synchronoss noted that “Nasdaq’s staff determination letter was issued in accordance with standard Nasdaq procedures due to the delayed filing of the Company’s Forms 10-Q for the quarters ended March 31, June 30 and September 30, 2017 with the Securities and Exchange Commission.”

The company says that it plans to request a hearing before the panel. A hearing request will automatically stay the suspension and delisting of the company’s common stock for a period of 15 days, and the stay can be extended. Concurrent with the hearing request, the company intends to ask the panel for an extension pending the issuance of the panel’s decision following the hearing.

While the company doesn’t appear to be out of the woods, its appointment of Lurie should go a long way towards calming market fears.

Taking an optimistic view, an analyst for the site Seeking Alpha writing as “And Value for All” says that “once Synchronoss files the reports, investors will find a debt-free tech company with a good cash position to fund operations, a decent product offer and a new transformational leader. I believe this will immediately lead to a re-rating of SNCR and boost the share price significantly within the next 6 to 12 months. The company’s business has still to be improved and a new course set, but this is far from being the wrecked ship the market is getting everybody to believe today.”