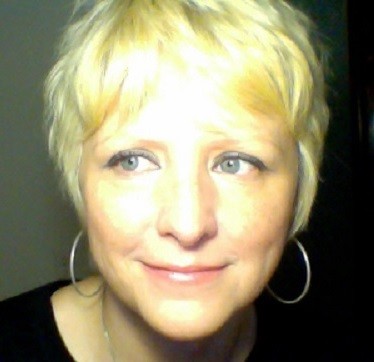 In this story Kirsten Bischoff of HatchedIT interviews Kirsten Lambertsen of Kuratur. The fact that these two founders are female is no accident (though their sharing a first name is). It seems to us that female founders are often more isolated than their male counterparts, so it was even more important that they meet each other. Moreover, October 15 is Ada Lovelace Day. Lovelace is widely thought of as the first programmer — male or female — and with these first two interviews, we wanted to celebrate female tech founders as well as programmers. Lambertsen’s interview of Bischoff can be found here.

Kirsten Bischoff: How did you come up with the idea for Kuratur?

Kirsten Lambertsen: After I sold my first company, I was doing some consulting work for a friend of mine who runs a big crowdsourced news website. They had around 3,000 contributors curating and sharing news items every day. I went looking for a solution to do basically what Kuratur does, but I couldn’t find anything that fit the bill. And the idea for Kuratur was born.

KB: What compelled you to focus on the freelancer market as a target user base?

KL: Three main things have convinced me (so far) that freelancers, self-employed people and other microbusinesses are our target:

1) my gut — independent types are my people, whom I understand, and that’s who I was trying to help when I first came up with the idea;

2) enterprises and small/medium businesses already have solutions that are quite robust, and I don’t want to compete with them;

KB: What have you found to be the biggest hurdle for user adoption?

KL: We’re probably not quite facing this issue just yet because we’re still technically in [the] beta phase.

We haven’t been promoting Kuratur very heavily. The main source of users has been our Twitter account and a handful of mentions we’ve gotten in various blogs.

Nonetheless, I anticipate user adoption to be challenging because the Web has become such a noisy place. We could never build our business solely on tweeting and Facebook posts. So our challenge is going to be about getting valuable information to our target users when and where they need it so we can earn their trust and, eventually, their business.

KB: Was there anything specific you learned from your past entrepreneurial successes that helped you prep for launching Kuratur?

KL: The most important thing I learned from my first company was to do more of what works and ruthlessly kill what doesn’t (no matter how good an idea you think it is). My first website, BeautyRiot.com, was originally envisioned as this big beauty portal with everything a woman could possibly want to know about beauty — including a beauty product ingredients dictionary that we spent weeks entering by hand!

It turned out that the only thing our visitors really cared about were pictures of celebrity hairstyles and our virtual makeover application. When we focused all our efforts on those two things, the site really took off.

The other thing that I learned was how to ignore my inner demons. During the course of any given day, I will have thoughts ranging from “I’m going to hell for this” to “We’re going to be billionaires!!!”

Of course, neither is true. Feelings are just that — only feelings. It’s important not to let yourself get carried away by them and proceed based upon the evidence.

Aside from that, I’m learning a great deal from this experience. The environment is very different from when I was running my first startup. I’m also trying to do something quite different, and much bigger.

KB: Did your past experience — knowing how difficult startup life can be — give you any hesitation at all in launching a new product?

KL: Honestly, no. Before I started my first company, I was working in Internet startups. It’s all I’ve done since 1997. I’m pretty addicted. This time has been much more challenging than the first time, though. I just have so much more to worry about than I did the first time around: a mortgage, kids, I’m older, healthcare is much more expensive and my spouse doesn’t work (though that might change).

KL: I do recommend an accelerator if you need to be accelerated. For the most part, accelerators are aimed at startups who want to raise venture investment, and they tend to focus on preparing founders for pitching their startup to investors. To get venture capital, you have to be able to demonstrate that your business is going to be very, very big.

The most important thing I learned at the accelerator — aside from the absolutely enormous value of becoming part of a thriving startup community, which is one of the best things to ever happen to both me and Kuratur — was that nobody knows my business better than me. I definitely suffered from “mentor whiplash,” where I let the varying types of advice I was getting from the mentors at the accelerator confuse me and take me down a rabbit hole for a while. Mentors all mean well, but at the end of the day I am the only person who has done the hours and hours of work to understand my business. I learned to set the bar really high for the advice I decide to take. I make sure it comes from people who have extremely relevant experience and preferably lots of it.

KB: What is the most important feedback you have received from your users? And how has it affected the product?

KL: The most important feedback we’ve gotten from our users has come in the form of their actions rather than their words. We can see exactly where they are getting stuck in our process. So we’re working hard to destroy that bottleneck. We need to live up to our promise of being painless!

KB: If you could have one super power — either the ability to be invisible or to fly — which would it be and why?

KL: This is a great game to play at parties! It’s hard to choose between the convenience of flying and the multiple implications of invisibility — ha! But I have to go with invisibility. I could watch my kids at school and make sure they’re happy and being treated right. I could get the dirt on all the bad guys of the world and expose them to society. I could get into rock concerts free! The possibilities are endless.

KB: Have you run into any problems related to being a woman in such a male-dominated field as a tech startup?

KL: I don’t know for sure, but sometimes I wonder … if I was a man out there pitching my business, if anything would be different. I’m not just a woman. I’m a bubbly, cheerful, laughing, smiling woman. So I think I have to work harder to be taken seriously. I have to remember to put on my game face and all that. The fact that women-founded startups are getting a teensy slice of the venture capital pie tells me that we still face a big climb.

I have to report, though, that the men in my class at the accelerator program in Providence were fantastic. Gender really felt like a nonissue there. It was pretty great. Just about everyone in my class was about 20 years younger than me, and spending three intense months with that generation of men (and women) has given me enormous hope for humanity’s future! We’re in good hands.

Kirsten Lambertsen is the founder and CEO of Kuratur.com (Asbury Park), which calls itself a painless way to provide fresh, relevant content on your website without writing it yourself. Kuratur was a member of the Betaspring startup accelerator’s fall 2012 class. Lambertsen founded and was president of BeautyRiot.com, the first online virtual beauty makeover, which was acquired by Total Beauty Media in 2009. She has been in the world of Internet startups since joining XOOM.com in 1997 as director of lead generation.