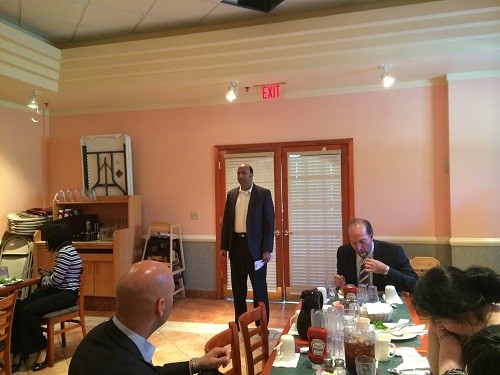 The application window for new H-1B visas opens on April 1, 2014. Strong demand will likely exceed the federally mandated cap of 65,000 new visas for foreign workers plus an additional 20,000 visas reserved for those with advanced degrees, an article by Kevin Casey in Information Week reminds CIOs.

Immigration reform has long been on the agenda of New Jersey technology companies. Each year the New Jersey Tech Council goes to Washington, D.C., to lobby Congress. One issue the group always raises there is the need for immigration reform.

Some might argue that immigration reform is dead until there is a new president, but others see the possibility that the matter could be reopened after the November midterm elections or addressed on an issue-by-issue basis.

At the end of October 2013, the American Competitiveness Alliance (ACAlliance), an immigration-reform organization, held a special luncheon forum entitled “How High-Skilled Workers Are Vital to America’s Competitive Edge” in conjunction with Lenox Consulting (Hoboken). The purpose of the meeting: to discuss immigration-reform issues that loomed at the time.

The participants were concerned about the compromise bill proposed by the House and the Senate. In particular, the bill that at that time seemed destined to be signed included provisions that many thought would be detrimental to small and medium-sized IT consulting companies.

Mital spoke passionately about ensuring that immigration reform doesn’t hurt small IT consulting businesses. He himself came to the U.S. on an H-1B visa and ended up starting his own IT firm. He now employs 50 full-time employees in the U.S. some 30 percent of whom are here on H-1B visas, he said. He is a University of Pennsylvania Wharton School (Philadelphia) graduate.

Mital told the group he had gotten involved with the immigration-reform issue because he recognized the basic “unfairness” of the law as it had been proposed. He said it favors very large IT companies, though but most clients can’t afford it. More important, said Mital, a large consulting firm like IBM will tell smaller companies in need of IT services that they are too small to serve. Smaller firms like Compu-Vision cater to the needs of small and medium companies, he pointed out.

Mital said his firm seeks programmers from New Jersey colleges and universities such as Rowan (Glassboro), Rutgers (New Brunswick), NJIT (Newark) and Fairleigh Dickinson (Teaneck and Madison). “We are constantly looking to hire graduates in computer science and electronics. We are looking for graduates and people who have work experience in the U.S.,” he said. However, he noted, many of his firm’s available positions are in Pennsylvania and Oklahoma, and Compu-Vision finds it difficult to get people from this area to apply for them.

Moreover, said Mital, “we have always had the challenge of finding the right people. If the client says, ‘I need someone who is an expert in Windows 2003 or [the] Windows 2010 server who can go to my different locations and upgrade the systems,’ that is a challenge.”

Two particular aspects of the proposed bill are of concern to small IT consultants, Mital noted. The first is the cost of visas. Companies employing H-1B and L-1 workers at a combined rate of 30 to 50 percent of their U.S. workforce would have to pay a filing fee of $5,000 for every new H-1B visa application. If the rate adds up to more than 50 percent (in the years before exceeding 50 percent is prohibited outright), the fee will be $10,000 per year, according to an article by the law firm Mayer Brown.

The second aspect of concern is the bill’s provision that requires posting positions for 30 days to attract American workers before hiring an H-1B nonimmigrant. Under that provision, the U.S. secretary of labor must create a searchable website where H-1B positions are posted. In addition, employers must post a detailed job opening on the Department of Labor’s website for at least 30 calendar days before hiring an H-1B applicant to fill that position.

As Mital pointed out, 30 days is a long time for a client to wait for a smaller IT company to first post the job, then find the appropriate H-1B applicant. This favors larger IT consulting companies, which employ many people; those firms’ employees can be plugged into a job opportunity immediately.