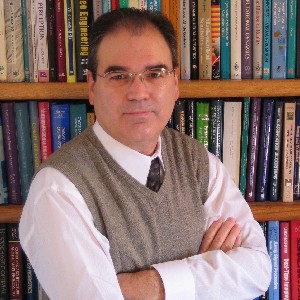 At a New Jersey Tech Council meeting in October, speakers presented NJIT’s fifth information and communications technology (ICT) forecast. The group based its findings on a survey of mid-Atlantic tech companies, most of them in New Jersey. Several international companies also participated.

According to Cesar Bandera, assistant professor of entrepreneurship at NJIT’s Martin Tuchman School of Management, the survey had 172 responses from the U.S., including 111 responses from New Jersey.

The participating companies reported some significant growth. Those with annual revenue growth rates between 11 and 30 percent comprised the largest and fastest-growing segment. Apparently, ICT firms are employing more people than before: for the first time in the 10 years of the survey, the most common firm size was not fewer than 10 employees, but 10-to-49 employees; and the proportion of larger firms is growing, while that of smaller firms is decreasing.

Overall, the survey depicted an industry in which many companies are maturing. The main concerns of the participating companies included security, using analytics, enterprise resource planning and finding talent to sustain growth. “These are problems of mature companies. Startups aren’t worried about ERP [enterprise resource planning]; they are worried about surviving until tomorrow and doing R&D,” Bandera noted.

Companies are running towards the cloud

“The survey also showed that companies are running to the cloud. If you are not on the cloud, your businesses model is just not going to be able to compete,” he told NJTechWeekly.com in a follow-up interview.

“I’m referring to companies virtualizing their infrastructure. These days, having a bunch of servers in a closet in your facility or even in a co-location site is considered passé. Having infrastructure on the cloud is cheaper,” he said.

However, he added that “it may be more robust, but it also may be less secure.” Indeed, Bandera noted that survey respondents frequently mentioned concerns about security.  Harry Collins, managing partner of NetSoft USA (New York), said that their worries about security are understandable.

“Not a week goes by that we don’t hear about some breach, and a year doesn’t go by where we don’t hear about millions of people’s information being affected. It is a real challenge. You need to keep the data actionable and usable so you can make revenue on it, but if you lock it down too tight to make it very secure, you lose the ability to do anything with it. Business is really struggling with that. We want to know what kind of tools, techniques and processes we can put in place to protect the data as best we can and still have a viable business.”

Bandera noted that the survey respondents who talked about the cloud, mobile applications or the internet of things all mentioned security as a major concern. These three technologies bring challenges, and companies must learn about them. “Basically, if your organization isn’t learning about them already, do so now, because you won’t be able to do business in the future without knowing about them.”

In an interview, Paul Frank, executive vice president of the New Jersey Tech Council, noted that the panelists and audience at the October meeting had had an in-depth discussion about the survey results showing a decrease in the use of Microsoft platforms.

Summarizing the panelists’ sentiments, Collins said, “It’s becoming less and less relevant what servers your applications are running on. A lot of these core applications and the tools you use to build applications or databases are freely available. It’s not 2000 anymore, where Microsoft and Oracle were the only game in town. You now have a whole range of options, and those options have proven themselves.

“It makes sense. They were dominant, they had a monopoly. But there has been a seismic shift to open source because a lot of the software that was underpinning what Microsoft did has become a commodity. What you are using — Oracle, MySQL or SQL Server — is probably driven more by an application you are buying.”

Another area of discussion was the question of how to keep collected information safe. “There are many business-revenue models that are based on collecting and sharing of information. Those models weren’t there before,” Bandera noted.

Collins added that, “for a long time, businesses collected information that they had no business collecting. A good example of this would be social security numbers. They are everywhere and they are very vulnerable. A lot of times, you have to totally re-architect your business systems to either eliminate or protect that data. You might actually need these items for some purposes such as credit checks in a health care service context, but you don’t need them available to every nurse or technician that looks up your address information.

Currently, “some software programs make information available to everyone in a shared work environment and also to trading partners, which shouldn’t be the case.”

Previous: Technology Marketing in the Digital Age: Using Twitter? Here’s how to grow opportunities for your business
Next: Piscataway Startup AzureDesk Has Help Desk Software for Small and Medium Businesses