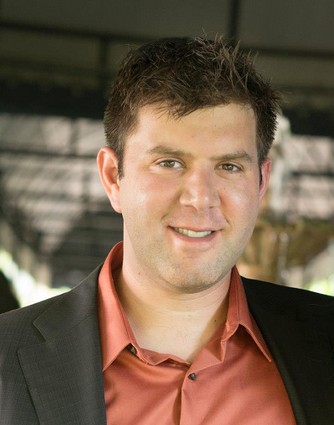 Hamilton-based Internet Creations has placed near the top of the NJBIZ 16 Best Tech Companies to Work for in New Jersey list for two years in a row. The company is a boutique business-technology and salesforce consulting firm that enables organizations to operate efficiently.

CEO Chad Meyer says he has always believed that his employees are his number-one asset. One of his mantras, he told NJTechWeekly.com, is “a great customer experience starts with a great employee experience.”

Internet Creations is 20 years old this year, and the company recently kicked off its anniversary celebration with a roof-raising gala at Rat’s Restaurant, at the Grounds for Sculpture, in Hamilton.

Meyer founded the company when he was in eighthgrade with his best friend from kindergarten. In 1996, he was one of those kids who loved the X-Files and got into technology by discovering websites related to the series.

“One day I contacted somebody who made one of the websites and asked them how they did it. They were incredibly helpful and gave me all kinds of direction.” Soon, the youngsters created a website for their elementary school. “This was before many corporations had websites,” he recalled. After the subsequent publicity, the company took off and the founders attracted some business clients.

One of those clients was the New Jersey Technology Council, which hired Internet Creations before Meyer could drive. “NJTC employees would pick me up from my parent’s house and after high school to bring me to the NJTC’s office in Princeton for meetings. They were very generous people. Initially, I was brought on to do website development, but the organization started having a lot of problems with their computer support company.”

Maxine Ballen, the president of the NJTC at the time, asked Meyer to take a look at a longstanding elusive IT problem, and he quickly got to the bottom of it and fixed it. “We took over all their computer support, and before long Internet Creations had a Web development operation and an IT support operation.”

It turned out that other companies really liked the fact that Internet Creations had a breadth of offerings, and the IT operation in particular helped the company grow. “At the end of high school, I had college applications filled out, but I didn’t submit any of them. The business was doing well enough that I took a calculated risk and skipped college to continue the business.”

By 2004, the company had clients from all over the state, and Meyer realized that Internet Creations needed a system to formalize its operations. The company signed up for the service cloud at Salesforce (San Francisco, Calif.), which at that time had a feature called “Supportforce.”

“Unlike most companies, we didn’t invest in Salesforce to drive sales and marketing; we invested in it to provide better customer service. We didn’t do anything with sales and marketing for many years because we had so much word-of-mouth and referral business.”

“If you make things easier for your employees, they will be in a better position to delight your customers,” he added. “I’m a longtime believer in empowering the team, giving them the tools that they need to do the best job possible. And that’s the reason I used the limited funds that I had as a small company with three part-time employees to buy and improve upon Salesforce.”

That internal solution turned out to be pivotal for Internet Creations, Meyer noted. Companies learned through word of mouth about Internet Creations’ Salesforce app, “Email to Case Premium” (E2CP). What started out as an internal process became a revenue generator. Customers loved the way E2CP improved upon Salesforce, and wanted to buy the solution from Internet Creations before it became a product for sale. “In fact, a large financial institution had its legal department draft our first licensing agreement for us because we didn’t have one,” Meyer said.

“It was then that we turned into a product company,” he noted. “We never built this thing to make money from it,” but that’s what happened. “So we became a product company, and people were knocking on our door to license E2CP.”  The product attracted some household names as clients, including Google, Apple and Intel.  Meyer recalled that this was about the time that Salesforce launched its AppExchange. Of course, Internet Creations had already been distributing its app before the Exchange became popular.

After the company released its flagship product, Internet Creations’ employees came up with more ideas to provide even better customer service. “In a way, that was a big risk,” Meyer said. “We went against the grain, investing in customer experience technology rather than in sales and marketing.”

One of the company’s larger clients, a high-profile international producer of agricultural equipment, asked for a meeting. During the meeting, the client asked if the people who developed that app could take care of some other needs in their organization.

That turned Internet Creations into a salesforce services company.

Internet Creations started as a four-man team years ago and has 35 employees today, but it provides service at a level you might expect from a much larger organization, Meyer said. The company lives and breathes efficiency, and even at its current size it’s able to take on large, complex clients, he told us.

“You can be extremely effective and efficient if you invest in your operations. We put a focus first on operational efficiency, which allows us to have a bigger impact than our footprint would suggest,” said Meyer. In fact, he recently authored an article that was published in the NJTC’s magazine TechNews: 3 Ways Your Business Can Run Like a Billion-Dollar Company.

Rooted in New Jersey, Invested in Its Team

Internet Creations is in New Jersey because the founders have roots here. “I’ve known two members of my management team since kindergarten,” Meyer said. The business is now global, but since most work can be done remotely, location isn’t a limiting factor. Talent, however, is. “We found a source of talent here,” Meyer noted. And that is why the company opened a second office in Dallas, where it also discovered a pool of talent.

Priority No. 1 for Meyer is to invest in his team so that they can provide customers with the very best experience. In addition to a generous compensation and benefits program, Internet Creations buys the best tools that Meyer can find to support his company. Programs such as paid time off and flex time create a better work-life balance.

The work environment is set up so that employees can blow off steam playing Kinect for Xbox or working out at the gym that’s located on campus. “We have a Google-like space, with bean bag chairs, stand-up desks and other amenities. We have two dozen TVs scattered around the workplace, and when anyone in the organization has a success we celebrate it by popping up a notice on the TVs.” Internet Creations also supports employees’ individual interests and has an active charity-donation match program.

While most companies in the computer services industry incentivize employees to work long hours, they generally make no effort to prevent burnout, Meyer said. “The way we set up our compensation program is to encourage employees to balance hard work with their personal life. A lot of companies will bonus employees for every hour above a certain number of hours. When we designed our bonus program, we put a cap on how many extra hours employees were able to work and receive bonus compensation.”

For the company’s 20th anniversary gala at Rat’s, Meyer flew in team members (and their spouses) from Dallas, Los Angeles and even Puerto Rico. The celebration included a charitable component, raising more than $5,000 for a longtime client and great cause: Centurion Ministries, an organization that aims to get falsely convicted individuals exonerated and released from prison.

Internet Creations is hiring, Meyer noted. Anyone interested in joining the team can learn more by visiting the company’s career page. “My goal is for everyone to wake up in the morning and be excited to come to work,” Meyer concluded.