Home » News » Interview: Jack Killion Discusses His New Book “Network All the Time, Everywhere with Everybody” 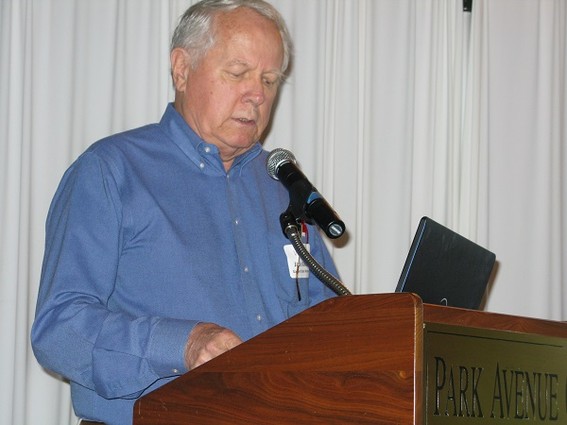 [Jack Killion, a New Jersey native, started out his career with a tech company and has mentored and advised tech entrepreneurs and companies during his long and varied career. When I first met Jack, he was with Probe Research, which put out a monthly magazine called “Wireless for the Corporate User.”

Jack is currently an investor, and the founder and general partner in of Eagle Rock Diversified Fund. In 2012, he and a partner launched Bluestone + Killion, a training firm that teaches others how to  network and develop significant relations that will accelerate their careers, increase their value to their employers and enrich their personal and family lives. Jack’s book, “Network: All the Time, Everywhere, With Everybody: Master Your Life & Career,” is available on Amazon and elsewhere. E.S.]

Tell me about your background.

For the last 40 years, I have been purely an entrepreneur. I’ve started seven companies, I’ve helped a couple of other people start their own companies and I’ve bought a company. They’ve been in magazine and book publishing, thoroughbred horse racing, manufacturing, hedge fund investing and venture capital. I’ve done this both in this country and internationally. Other than that, my background has been pretty conventional, with an above-average college experience at Yale and MIT. After MIT, I worked in England for a few years with a British tech company, followed by a stint at McKinsey & Company. I have both a large-company and small-company background.

Up until I quit McKinsey, I was clueless about networking. Nobody really focused on it, and it wasn’t easy to do. But when I quit McKinsey, I was totally on my own — no partners, no office and no business cards. I had to start reaching out to people and developing relationships. I was networking at a very high level without knowing that this was what I was doing. And I’ve been doing it ever since. I’ve used it to create business results and equally great personal results. I think it is a game changer that impacts people personally and professionally.

I’ve been thinking about writing a book for several years on different topics. A couple of years ago, I teamed up with Andy Bluestone and we started a coaching company. I put a fair amount of effort into it and wound up coaching accountants, lawyers, bankers, university professors, college students, people who work for charities, etc. When we ran workshops it was clear that we were having a real impact on people. I now feel pretty good about networking. I know a lot about it, and I knew I could have an impact on people by letting them know about it. It made it very easy to pick this as the first book to write.

In terms of the basic structure of the book, I referred back to some of the workshops I had conducted. I also did research via books and magazine articles on networking, seeking to identify the basic challenges and keys to success. I consider Keith Ferrazzi’s book “Never Eat Alone” to be the leader in the field. Keith read a draft of my book and provided a testimonial. However, a lot of this book came from my personal experience. There are a lot of anecdotes in the book.

The primary audience for this book is any entrepreneur and business owner, professional or corporate executive, charity leader, university or government leader motivated to accelerate their careers, create new opportunities for themselves and their teams and to enhance and enrich their family lives.

People in transition will also benefit —  including stay-at-home moms wanting to get back into the workforce, those who have been downsized, returning military personnel who want to get into a civilian career and unemployed and underemployed college graduates.

Why do you think this book is important for members of the tech community in N.J.?

I think that most small business owners and most heads of startups don’t really pay enough attention to the benefits of networking. They don’t set aside the time to do it. From a business point of view, most people view networking narrowly. For them it’s all about getting the sale or closing the deal. I think it is broader than that. Networking is how you find good people to join your team, how you find good advisers for your company, it’s how you find new suppliers or better suppliers, it’s how you track competition, it’s how you penetrate new markets. I used networking to penetrate markets in Latin America when I owned a manufacturing company.

I think the reasons for networking for people in tech startups are really compelling, and I believe that people should spend between five and ten hours a week doing it. The way I do it is by having a breakfast meeting every day of the week. By 9 or 9:30 a.m., I’ve put in an hour of networking. It doesn’t have to disrupt the rest of my day. I think I spend 85 percent of my networking time and money at breakfast meetings.

Also, my experiences from 40-plus years of networking and developing relationships are condensed in this book, with an emphasis on very specific and actionable techniques. Reading this book will cut the readers’ learning curve substantially and convince them that honing networking skills is a critical life- and career-changing process. This is a “how to” book on how to do this. It’s not a theoretical book.

I’ve been approached about publishing the book in South Korea and going to that country on a speaking tour. Also, the president of one mid-sized college is considering making the book mandatory for all the students.

Please tell us three takeaways from the book.

1.     Network all the time, everywhere with everybody. That’s why I titled the book that way.

2.     Incorporate these efforts into your lifestyle, and help others around you develop their own skills.

3.     Forget about what you can get from networking. Concentrate on what you can contribute to others. I equate successful networking to rock climbing. When you meet people, you try to find finger holds. Once you find finger holds where you have some areas of common interest, dig in and try to figure out how to help someone’s personal or professional life.