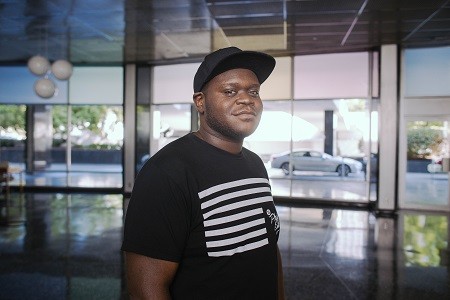 NJTechWeekly.com first met Anthony Frasier in 2012, when he was being honored at the Greater Newark Enterprises Corporation (GNEC) Opportunities and Awards breakfast. At that time, he had already started a successful gaming social media site called “Playd” and another called “The Koalition,” had been accepted into the NewME accelerator class of 2011, and had been followed by CNN for the documentary “Black in America: The New Promised Land — Silicon Valley.” Later, Frasier and a cofounder started The Phatt Startup. Today he is Entrepreneur in Residence at Newark Venture Partners, and continues to build his platform. He plans to bring more events and meetups (he is the founder of the Brick City Tech Meetup and Startup Newark) to Newark and help connect the firm to the Newark tech community. He also interviews disrupters on his podcast, which can be found at AnthonyFrasier.com. Readers can buy his book “Don’t Dumb Down Your Greatness: A Young Entrepreneur’s Guide to Thinking & Being Great

Please tell the readers about your background.

I’m an entrepreneur originally from Newark, New Jersey. I spent almost 12 years in the tech industry building apps and building media companies. During that time, I’ve been fortunate enough to build companies in Silicon Valley and be part of the local startup scene in New York and Newark.

I get a lot of feedback from entrepreneurs of color in the Newark area about their struggle and what they need help with. That’s the reason I provided a book like this, to focus more on personal development. People were almost angry because they failed at something, or frustrated because they didn’t get funding. A lot of young people don’t seem able to handle the overall strife that will come into their lives as a part of being an entrepreneur. It takes them years to learn the kind of emotional intelligence that it takes. So what I wanted to do is create a book that gives tips on how to be more confident and build that confidence, so they don’t waste time and it doesn’t take them years of learning like it did for me.

Why are you the right person to write this book?

I’ve been through a lot and I’m eager to see even more. Even though the book covers a lot of ground, I know that I’m a person who is still learning and still growing. I’m still a young entrepreneur myself. This is even something I wrote in the book: “You will continue to learn; you will continue to grow. This is just a head start. And even after you’ve developed the practices that you learn in the book, you’ll have to keep learning.” One book can’t give you everything you need.

I spoke to other people about the idea and then I went back to my blog posts, especially the ones that received favorable responses. For example, I wrote a blog post about the time I met Monte Lipman, cofounder of Republic Records. I met him when I was 15 years old, and he talked about a formula that he had developed for his life. The formula was “preparation plus opportunity equals luck.” I wrote a little about what I learned from that moment. The blog post did really well, so in this book I expanded on it and talked even more about everything that I learned from it.

The book is really for every young entrepreneur. It is very relevant to entrepreneurs of color. These are the people I interface with in Newark, but the book will be great for anyone to learn from. It doesn’t exclude anyone.

If you deal with frustration really badly, if you want to learn how to network more effectively, if you want to learn how to develop a morning routine, then this is something you can read. I cover a lot of what people call professional development, and that is just not talked about, especially in communities like Newark. I think that people are focused on money, and trying to raise money and being unicorns, instead of trying to develop themselves. The basis for any good company is an entrepreneur that has it all together.

Please tell us three takeaways from the book?

The book shows entrepreneurs how to set goals. I go through the processes to set the goals and give step-by-step instructions for that.

The book also teaches people how to handle criticism. Young people today tend to call people haters if they disagree with them. There is a big difference between someone who is hating and someone who is giving criticism.  In the book, I teach people to see the differences between legitimate constructive criticism and what can be considered hate, and how to actually extract the advice that people give you in their criticism and apply it.

Please tell us three quotes that you especially like from the book.

“Don’t reinvent the wheel; put rims on it.” Many people stress themselves out trying to think of new ideas and new processes, when there is probably someone out there that has already figured out a process that you can adapt to your problem.

“Think A to B, not A to Z.” Usually people will think about the end goal. And while I do believe that focusing on the end goal is good, I think we need to focus more on the process. And process takes us from A to B and not A to Z. Thinking more in a process state of mind is the way to go about it.

Previous: Feds in Trenton to Talk Next Steps on NJ's Elusive Path to Offshore Wind
Next: Newark Venture Partners Labs Makes Its Debut with $80K Going to Accepted Startups