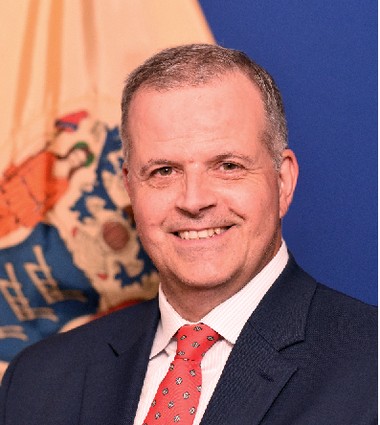 This article was reposted from Government Technology. The original article can be found here.

Regime change is disruptive by definition, and New Jersey’s newest technology executive said that while the state will likely continue on a path toward consolidating IT infrastructure, his boss — Democratic Gov. Phil Murphy — has asked him to assess the progress made under the previous administration, and recommend a course of action.

The results of that closer look, which are at least several weeks away, could change the course of an IT infrastructure reorganization that is “definitely midstream” and in “full stride,” New Jersey Chief Technology Officer Chris Rein told Government Technology.

As is common in the public sector, cost will be one issue to consider in continuing the consolidation. But beyond that, one key reason for scrutinizing the results of Executive Order 225, signed in June 2016 by then-Gov. Chris Christie, is to hear from the New Jersey Office of Information Technology’s (OIT) customers — around 70 state agencies and offices — about their needs.

“Certain agencies may have a viable need for an exception. Why is it that their particular infrastructure would be best served not to consolidate right now? We’re definitely in that evaluation mode right now,” Rein said. The findings could alter the state’s course from an IT consolidation under OIT to a hybrid model with some agencies or offices remaining federated “where it makes sense,” the new CTO said.

Rein started as CTO on May 29, and was formally announced by Murphy in a news release on June 8. He replaces the state’s first-ever stand-alone CTO, Dave Weinstein, who stepped down in January. Before Christie appointed Weinstein in June 2016, the CIO and CTO roles were filled by one person.

In a similar combined role, Rein was most recently deputy director of the state Office of Homeland Security’s Cybersecurity and Communications Integration Cell, and the state’s deputy chief information security officer. He said the search for his replacement is now underway, and the state is evaluating potential candidates for their policy, cyber-technical, budgeting and procurement skills.

As CTO, Rein said he has several distinct challenges including stabilizing and improving the state’s existing IT infrastructure in close collaboration with its cybersecurity team. The goal, he noted, is to try to drive that innovation while ensuring heavily utilized government services like unemployment insurance and the Department of Motor Vehicles become more seamless.

Current services may have “a little bit of a different look and feel” between agencies, he said, due to “different generations of state technology,” so OIT will strive to give that public face a more unified look as it also works to replace and upgrade hardware, legacy systems and networks.

The foundation to those areas of focus, however, will be what the CTO termed “step zero,” or the “building up or rebuilding” of relationships with the state agencies and offices OIT serves.

“The relationships between Office of Information Technology and our customers are so important, and I’m not sure that some of them are where they need to be. We’re here for them. If it wasn’t for them, we wouldn’t be here, right?” Rein said.

OIT is also looking at infrastructure tools and enterprise-level security monitoring and protection technologies, he said, pointing out that some projects “were held a little bit in abeyance” during the more than four months when the state was without a CTO.

Cloud adoption is another area Rein said he wants to “accelerate because it just allows faster delivery to the end citizens” while reducing the state’s IT footprint.

“Based upon my either discretions with, or exposures to other states’ efforts, I would say that New Jersey has adopted the implementation of cloud slower than most states thus far,” Rein said, adding that in some cases, concerns about privacy and data security have had to be addressed through the use of Federal Risk and Authorization Management Program (FedRAMP)-certified cloud service providers.

Now in his third week, Rein acknowledged that the getting-to-know-you process between CTO and agency officials accelerated rapidly on his fourth day and through the weekend of June 2-4, when a power outage affected nearly all state agencies in the executive branch.

Officials worked with the OIT incident response team, staff and vendors nonstop throughout the weekend to restore power; and in the process, Rein hosted several conference calls to provide status updates.

“We really had a lot of sharing and transparency on those calls and I think there’s been a lot of positive feedback in that regard. You know how you learn in the face of a crisis,” Rein said.

Theo Douglas is a staff writer for Government Technology. His reporting experience includes covering municipal, county and state governments, business and breaking news. He has a Bachelor’s degree in Newspaper Journalism and a Master’s in History, both from California State University, Long Beach.

753 More posts in Around New Jersey category
Recommended for you

At an Innovation+ chat with James Barrood, Angelo Stracquatanio, cofounder and CEO of Jersey City-based...