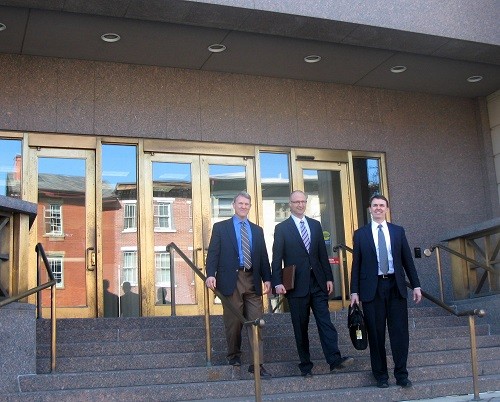 Avaya moved its headquarters from New Jersey to California in mid-2012.

Continuant, formerly Telecom Labs, Inc. (TLI), was represented by the law firm K&L Gates. The team working on the case was led by Anthony La Rocco, a partner in the firm’s Newark office.

La Rocco said, “We are pleased to have been able to represent Continuant in obtaining this monumental verdict, which will result in greater choice of service and better pricing options for customers not only in the telecommunications sector but across several industries.”

Any manufacturer that seeks to control servicing of its product after the product has been sold has been put on notice, La Rocco said. End users should have the right to choose whom they want to service their equipment; the choice should be theirs, he added.

Avaya originally brought suit against TLI/C, as it is known in the court documents, in 2006 and personally against company principals Douglas Graham, Scott Graham and Bruce Shelby.

Avaya dropped some of its claims against Continuant on the eve of the trial; others were dismissed by the judge in January 2014, while the trial was underway. The court issued a 52-page opinion January 7, dismissing Avaya’s claims. It held that Avaya couldn’t prove its case.

The basis of Continuant’s case involved Avaya’s actions to prevent independent maintenance of its products.

“The court found that that was not appropriate under TLI and Continuant’s customers’ license provisions in their contracts with Avaya and its predecessors AT&T and Lucent Technologies,” he added.

The customers, owners and independent service providers were operating on the customers’ behalf in furtherance of their business, La Rocco noted, so the court found they did have the right to access those basic maintenance functions.

In his verdict Irenas said, “Avaya appears determined to put TLI/C out of the market for postwarranty maintenance of Avaya PBXs, even though TLI/C occupies only a tiny sliver of that market. Yet, Avaya has not met its burden of proving that anything TLI/C did was illegal, nor has it proven that TLI/C aided its customers in breaking their contracts with Avaya.”

By statute, the damages will automatically be trebled to $60 million. Moreover, Avaya will be required to compensate Continuant for legal fees in an amount still to be determined by the court.

Continuant CEO Doug Graham said the decision was a vindication for the company he had cofounded in 1996. The win was both professionally and personally gratifying, a Continuant spokeswoman said, since several members of the team were named by Avaya in its case.

“When Avaya couldn’t beat us in the marketplace, they tried beating us with almost eight years of scorched-earth litigation,” Graham said. “Today, the jury has not only put a stop to that but has also awarded us a portion of the damages that some of their actions have caused us. It is a blessing to live in a country that protects and values competition.”

“In a statement Thursday, Avaya spokeswoman Deb Kline said, ‘Today the jury rejected the majority of TLI/Continuant’s antitrust claims. We are pleased they also rejected the vast majority of what TLI/Continuant sought in damages. Avaya anticipates posttrial motions and an appeal,’ ” The News Tribune reported.

La Rocco said, “Avaya seeks to misrepresent the impact of the verdict — but no matter how you slice it, the jury found the company in direct violation of the United States antitrust laws. Avaya orchestrated a campaign to destroy competition, the campaign was effective, Avaya’s conduct was found to be damaging to customers and our client suffered as a result.”

La Rocco said he understands why Avaya might appeal. “This is a very significant verdict that is far-reaching,” he said. He noted that the Continuant legal team rested its case immediately after Avaya had finished presenting its case. “Normally we would put on a defense,” he said, “but we believed that Avaya failed to prove its case and we proved a lot of our case during cross-examination of their witnesses.”