Home » News » LaManna to Murphy: Invest in State-Funded Programs to Attract and Mentor Our Educated Population 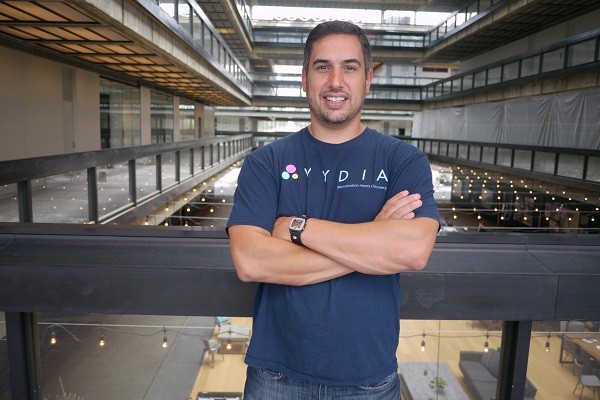 For New Jersey Tech Weekly’s end-of-year series in 2017, we asked company officials and other members of the tech ecosystem in New Jersey to craft an open letter to the incoming governor, Phil Murphy, telling him about specific important business or social issues they are encountering, and giving him ideas on how state help could solve them.

We are calling on Murphy’s leadership to make this state a better, more welcoming place for tech and biotech companies, both those that are starting up and those that are growing. This letter is from Roy LaManna, Cofounder and CEO of Vydia, a fast-growing tech startup in the state.

Nearly one million New Jersey residents choose to work out of state so they can prosper in their careers. Why are we so complacent with our state’s top talent crossing state lines to perform elsewhere? And how can we offer more incentives for entrepreneurs to grow their companies in our home state?

Several factors are considered when an entrepreneur decides which state to call “HQ.” Choosing a place to set the foundation and scale a company requires a long-term analysis of both the professional and personal potential for success.

At this time, New Jersey’s suffocating state taxes do not encourage thriving entrepreneurs, especially those filing pass-through entities, to set up shop and take an interest in being part of New Jersey’s business ecosystem. In order to become more competitive with other states, we must follow their example and establish tax breaks that celebrate economic growth, leading to an increase in new job opportunities for our workforce.

Amazon’s search for a new home has created a highly visible nationwide debate around what each bidding state could offer this Web giant. We are advocating that New Jersey make itself the right choice by offering special tax breaks with fewer restrictions in an effort to attract a company that will support New Jersey’s economy. But what about the small and medium-sized businesses that are creating new jobs and increasing revenue every year?

Now more than ever, we need to think about creating policies that cultivate a culture that says, “We support innovation.” Mr. Murphy, you often describe New Jersey’s potential by explaining, “We were Silicon Valley before Silicon Valley was Silicon Valley, and let’s never forget that.”

With the expansion of accelerator programs in Newark and the impressive developments happening at Bell Works, I don’t think we’ve forgotten. New Jersey’s innovators are building companies that solve modern problems yet again. Our policies need to support these initiatives by investing in the future, so New Jersey can evolve into a state that takes an interest in fast-growing companies.

New Jersey is bursting with talent and is home to some of the greatest educational establishments in the country. Retaining this talent is the key to thriving economically; but, instead, we do not address the fact that more people are moving away or commuting out of state than ever before.

We need more support for companies with programs that attract and mentor our educated population so they will find jobs in THIS state, instead of taking what they’ve learned at Princeton, NJIT, Steven’s, Rutgers, Monmouth, etc., and helping another state thrive. The cost of losing exceptional talent to other states upon graduation is far higher than implementing programs that support post-grads.

Vydia currently mentors students from several local high schools and universities, and hosts highly impactful internship programs year-round. As a scaling company, we know first-hand how important investing in talent and providing the right resources is to future development and success, but without state support for these kinds of programs, we are limited in our reach. If companies had the opportunity to participate in state-funded vocational programs that provided field experience to the next generation of business leaders, I believe this would create a culture that would inspire our workforce to stay in New Jersey, and would allow students to secure better jobs at higher skill levels. In order to support the future growth of New Jersey tech companies and strengthen the state’s economy as a whole, the state should allocate funds to the programs that are already working to accomplish these goals.

Let’s offer New Jersey’s premier talent more opportunities to grow and innovate right in our own backyard and counter the fallacy that you have to leave our state to find success. Let’s offer every thriving business looking for “a state that can offer stable and business-friendly regulations” reassurances that New Jersey is the answer and they can grow here.

Many fast-growing tech companies, like Vydia, have already planted roots here in the belief that New Jersey innovation will continue to progress. Will you help New Jersey reduce out-of-state commutes and increase the overall quality of life for our people? As a state, we are ready to adapt and evolve. Let’s grow together.

Roy LaManna is cofounder and CEO of an Inc. 500 video technology company, Vydia (Holmdel). Leveraging 15 years of prior music-industry and video-marketing experience, LaManna drives the direction and vision of the company, ensuring that content creators have the latest technology and superior customer service to help them manage their digital video strategies. Before launching Vydia, LaManna founded PR and marketing firm Trendsetter (Freehold), and worked as a video commissioner for the Island Def Jam Music Group. LaManna was recently named as one of the Inc. 500 Entrepreneurs for 2017, highlighted as a 2017 TEDx speaker, named as one of NJBIZ’s Forty Under 40, and featured in publications such as Forbes, Huffington Post, NPR and The Wall Street Journal.

LaManna launched Vydia in 2013 to help artists manage their digital rights and centralize the fragmented process of protecting, publishing, monetizing and distributing content. Today, the Vydia team has scaled to 50 employees and serves over 170,000 artists in 150 countries. Vydia was named one of the Best Places to Work by NJBIZ, and LaManna and his team are active leaders in their community, partnering Vydia with local high schools and universities to cultivate the music tech leaders of tomorrow. He also serves on the volunteer board of the T.J. Martell Foundation (“Music’s Promise for a Cure”), which is based in New York, and he remains an active supporter of local nonprofit organizations such as Princeton’s Eden Autism and Wickatunk-based Collier Youth Servicesfor at-risk adolescents.