Home » News » Medina Creating Tech Destination, Coworking Space in Newark’s Historic Lincoln Park
[This was NJTechWeekly.com‘s fourth most popular article so far this year.  We are reposting it while we are on vacation.] 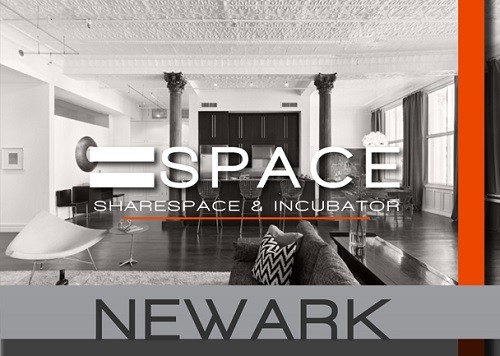 One floor of that mansion will become a high-tech, wired, inspiring “sharespace” and incubator — called “= Space” (pronounced “equal space”) — aimed at tech startups, entrepreneurs and creatives.

“We want to create a mecca of innovation in Lincoln Park,” creative director Medina, who goes by that single name, told NJTechWeekly.com. The name the company chose evokes the idea of equal access to equal resources, he added.

Medina’s plans include room for 30 to 40 entrepreneurs with about half that number in dedicated desk space. The mansion will be set up so startups that have chosen dedicated space can have 24/7 access to an area with its own kitchenette, restroom and informal conference area.

The remainder of the coworking space will be located in a different part of the building and include a long, beautiful, restored desk that everyone can sit at, Medina said.

Two conference rooms are in the plans. One will accommodate 10 to 15 people and the other up to 40. And for those one-on-one side conferences, coworkers will be able to use a smaller space that will afford them privacy for talking over financials or making a private call.

In addition, a 5,000-square-foot ballroom being lovingly restored will be able to accommodate speakers, meetups, small conferences and fundraisers. The ballroom area will include a projector and video equipment for high-definition recording of meetings. Groups will be able to speak via videoconferencing with entrepreneurs in other parts of the world.

Medina said that = Space will be completely wired. “This will be a facility literally built for tech and entrepreneurship activities. You can have 30 people in here with laptops, and there will be no signal degradation,” he stated.

The company is wiring the entire building with Category 6 cable and installing the latest generation of wireless boosters. “We are looking at purchasing bandwidth independently and plan to be carrier-agnostic,” he said. 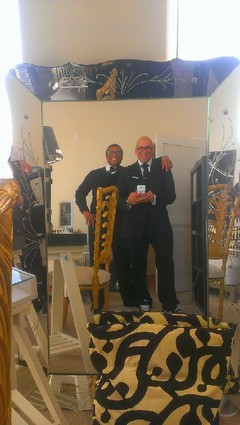 “The space won’t just be a place to organize a business,” Medina said. “Our space will be unique. Tech entrepreneurs will be able to use MEDINA = CITI facilities if they need to take a product picture, do an audio recording for a podcast, shoot a video. Our programming will have leaders in tech and entrepreneurship. We are already lining up programming.”

The space will be part incubator, connecting entrepreneurs to the resources they need.

MEDINA = CITI has been a part of Newark’s renaissance since its founders moved the business there from Brooklyn five years ago. “We believe in the city itself, the people and the culture,” Medina told NJTechWeekly.com.

While developing a long-range plan, the company began thinking about its place in Newark. It decided it wanted to create a unique headquarters that would reflect its brand. MEDINA = CITI’s services include print creative, digital videography, commercial photography, product photography, digital marketing and social media campaign management. The company partners with large New York digital design companies on projects.

Moreover, MEDINA = CITI wants to give something back to Newark, which Medina said has been so good to the company, and put down real roots in the city.

“My CEO, Sean Hairston, said we should look at an older building and bring it back to its original grandeur,” Medina said. The company is working with the historical council to ensure that the building, while equipped with modern functions, is properly restored.

Medina called his firm a “parallel company” that believes in equality. All the team members went to look at potential properties. “We are cubaphobic. None of our spaces have ever had cubicles or true offices. We take over really unique spaces and make them comfortable not only for our clients but for the team. The team is the core focus,” he noted. 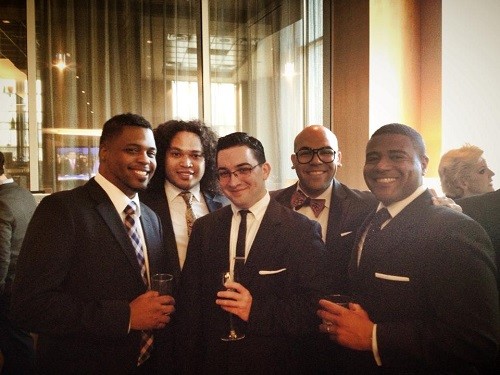 The MEDINA = CITI team works with entrepreneurs all the time, he said, talking to them about their dreams. There is already a program within the company that is aimed at startups. It allows new entrepreneurs and innovators to create brands, and lets them have their Web development done and their social media assets developed at a lower cost than what is charged to established companies. Medina said this lets his firm help them get on their feet.

Medina said he is familiar with coworking spaces; his company has used a sharespace in New York called The Alley. To create its vision for = Space, the group reached out to its clients as subject matter experts and also looked at coworking spaces in Jersey City and Hoboken. MEDINA = CITI has reached out to the tech meetups in the community and obtained commitments from entrepreneurs to move to the new building when it is completed, he said.

Parking shouldn’t be a problem in the new space, he said. There is plenty of street parking available, and Medina is trying to secure dedicated parking for = Space members.

Lincoln Park began as an area in which the financially successful members of Newark society lived. In its second life, it was known as “The Coast,” named after San Francisco’s Barbary Coast. It was home to minority financial elites, Medina said, and there was a thriving arts and jazz scene, along with shops and clothing boutiques. Lately, music, arts and tech venues have been moving to the area.

MEDINA = CITI has spent six months securing the property, permits and financing, and it began demo work on the property in early March. The company is partnering with the Community Asset Preservation Corp. (CAPC), the current owner of the space. “We are also talking about partnerships with the New Jersey EDA [Economic Development Authority] and Brick City Development Corp.,” said Medina.