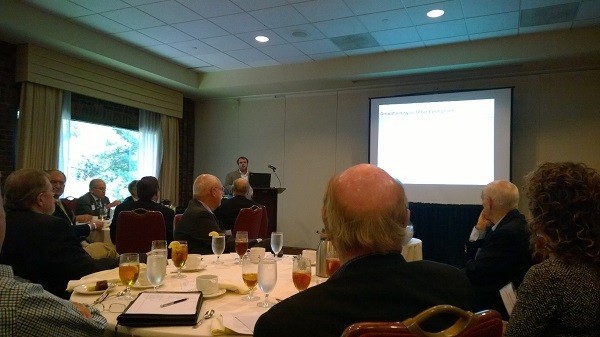 Neu is an experienced lawyer and partner at Kuzas Neu, a law firm with a practice focused on technology and venture capital.

Regulation A-plus was adopted by the SEC on March 25. A part of the Jumpstart Our Business Startups (JOBS) Act, the regulation is intended to help startup companies raise money from the general public. But its cumbersome rules have largely stopped this from happening.

Raising money through Regulation A-plus has been referred to as crowdfunding. But Neu explained that the process is much different from the kind of reward-based crowdfunding that takes place on platforms like Kickstarter and Indiegogo.

On those websites, “they’re arguably selling almost a product, as opposed to getting investment capital in the firm,” Neu said. He then explained that raising money using Regulation A-plus is more complicated.

“So, in Reg A-plus you’ve got basically two types of offerings, what we call ‘Tier 1’ and ‘Tier 2,’” Neu explained. Companies partly choose which offering to use based on the amount of money they want to raise. Tier 1 has a $20 million cap, while Tier 2 has a $50 million cap.

Startups using Tier 1 have to comply with a unique set of securities regulations, called “blue sky laws,” in every state where they’re soliciting cash. Because of this, Neu said, “you’ve got a bunch of deadlines … as well as filing fees in every single state.”

That could be problematic for companies soliciting through social media, as they are technically making offers in every state.

But if a company is only raising money in one state, “then your requirements of registration and related [compliance] are significantly more minute, simply because then you just have that state’s regulations to deal with,” Neu said.

Tier 2 does not require companies to comply with blue sky laws.

In both Tier 1 and Tier 2, “you have to file an investor disclosure with the SEC,” Neu said. “And then, on top of that, with Tier 2 there’s a lot more regulations when it comes to making that offer. You’ve got to have audited financials, your filing with the SEC is much more complex, and then you also have an exit report that you have to file with the SEC when you are done raising.”

Early-stage startups will usually have trouble raising money with either Tier 1 or Tier 2. Neu told guests, “The IRS has basically said [Regulation A-plus] is a light or a mini IPO. That’s their intent. Their intent is not guys with a napkin or PowerPoint or seed stage to use this as a vehicle. One of the significant issues with Reg A Plus is the expense in getting there. You’re talking—from a compliance standpoint—probably a minimum of eighty grand in expenses.”

Neu suggested that using Regulation A-plus could be appropriate for “late-stage guys that don’t want to IPO, but they do want to raise significant capital. … And, for whatever reason, you don’t want to go through the general [venture capitalist] route. Maybe you feel you can do better on the public market than you can in the private market.”

He explained that few companies have successfully used Regulation A-plus to raise money. However, “There’s been a couple of people that have used it to success, mostly for the PR splash,” Neu said.

One such company is DSTLD, a direct-to-consumer denim company. DSTLD raised “almost $10 million,” Neu explained. He added that “for a jeans company, they couldn’t have paid for that amount of PR. It was everywhere.”

However, Regulation A-plus is still encountering problems. “One is that state legislators are very annoyed that Tier 2 exempts blue sky laws,” Neu said. “And so, actually, several states have sued the SEC within the last couple of weeks because of that exemption.” Additionally, he said, “There’s been a lot of pushback that the SEC did not achieve the mandate” of making capital more accessible to startups.

Neu said that because of these problems, “I would assume that there would be revisions to the Reg A-plus rules in the next couple of years. And they’ve got Tier 3 regulations, which are supposed to come out in [quarter three] of 2016.” He speculated that Tier 3 regulations may address the complaints concerning  Regulation A-plus, but was unsure if this would happen.

Previous: Technology Marketing in the Digital Age: Using Social Media? Here’s Top Ways to Get Immediate Value for Your Business
Next: Piscataway-based Ciqada Has Internet of Things Solution Ready to be Deployed Now