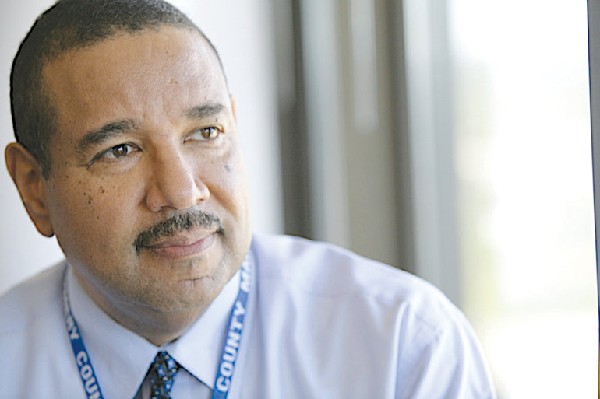 After five years of leading IT for New Jersey, Emanuel’s last day in the public sector is April 8.

CIO Steve Emanuel has held the top IT spot in New Jersey for the last five years, but on April 8, he will move on.

Emanuel, who is no stranger to the ins and outs of state and local government, said the upcoming state elections and emerging opportunities had him considering how to make a controlled departure from government.

Despite his affinity for public service and the dedicated employees who make up the state of New Jersey’s IT workforce, he said he saw bright opportunities in connecting government and industry on important initiatives.

“Like every government CIO, when you know there is going to be an end to the term of an administration, you start looking,” he said. “Knowing that I was going to have to make a change, I just wanted to be in control of the change myself. I wasn’t desperate to get out, but I was looking for the right opportunity.”

In his new role with Alliant Technologies Inc., he will act as a liaison between the company and government, and will be responsible for developing the public-sector vertical.

Throughout the New Jersey-based company’s 17-year history, Emanuel said partnerships with the government have not been developed or pursued. The new position will meet what he calls a good “triangle” of requirements.

“We get to stay in New Jersey, I get to stay in something that is relatively innovative when it comes to technology and it’s a little of my background,” he said. “I’m really dying to get back into the network arena and really understanding the technology better, because that’s where I started, in networking.”

Emanuel added that he’s looking forward to maintaining relationships with his government colleagues and helping them to meet the myriad challenges that inherently come with operating in the public space.

“The biggest thing for me is that I wanted to be able to stay involved with public-sector CIOs and colleagues because I think we are probably the most underpaid, overworked, attempting-to-be-innovative with basically mud and water.” Emanuel said. “I tell people, ‘CIOs in the government sector have to build castles out of mud and water because we don’t have the money for concrete, we don’t have the money for steel, we’ve got to make these things durable and last, and we have to do it for the taxpayers.’ So, I really want to stay involved with government.”

In his time at the Office of Information Technology, Emanuel said he is proudest of the work he and others have done to enhance the state’s information technology procurement process, cybersecurity communication between private and public stakeholders, and the creation of an award-winning self-assessment plan, which was shared with other organizations.

From his first days in the office, Emanuel said the state lacked the ability to quickly move on the technology acquisitions and tools that would ultimately help drive government forward.

“When I first got there, we were striving to have 80 percent of our procurements approved in a 30-day timeframe,” he said. “As of right now, our goal is to have 90 percent within 14 days and we’re exceeding that on a regular basis, all as a result of improving processes.”

As for who will take over for Emanuel, the state has not yet named his replacement, but Emanuel said that when it comes to the challenges he sees for anyone stepping into the role, the work is very rewarding; it’s the “caldron” of politics and interests in state government that pose the challenges.

“Legislation and politics can make you turn left when you think you’re turning right. That’s the hardest part. The actual work is very rewarding. I’ve really enjoyed making some differences in the state of New Jersey, Montgomery County, Md., even at Amtrak in quasi-government. … It was really good being able to see the value add,” he said. “I think the state of New Jersey has a lot more political sway … and sometimes it’s a little unnerving, but I think someone who is politically savvy in how to interpret the politics will have a better chance than someone coming at it from the private sector.”

Eyragon Eidam is a staff writer for Government Technology magazine. He lives in Sacramento, Calif., with his wife and three dogs. He can be reached at eeidam@erepublic.com.