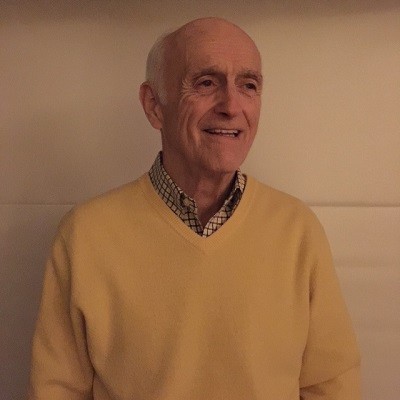 Ted Rich, founder and former CEO of  Fiberguide Industries, managed his company with a code of ethics and a respect for his employees. He hadn’t always understood that this was the right way to lead a company. His revelations came from the school of hard knocks. Rich has written a book, Small Business: How to Motivate and Keep Employees: Make More Money by Creating an Enjoyable Business Environment for All Employees

(available in Kindle format), which discusses how to motivate and keep employees, and demonstrates how CEOs can make more money by creating an enjoyable environment for all their employees. NJTechWeekly.com interviewed him in mid-March.

Tell the readers about your background.

I started my career as a member of the technical staff at Bell Labs. I was involved in early work in optical fiber there, and have a number of company patents with my name on them. I loved it, but after the U.S. Justice Department sued AT&T, the whole environment really changed. I decided to leave and, using the background I had in fiber optics, I started a company called “Fiberguide Industries Inc.”

It was very difficult in the beginning because not too many people knew about fiber optics, but luckily some of the people at the national laboratories, such as Lawrence Livermore, Sandia and even Princeton Plasma Physics Laboratory, supported me because there was no other company that could make the devices they needed. We had a commercial breakthrough, however, when a company asked us to make laser-delivery devices for gall bladder surgery. That market expanded, and we grew quickly. After that, most of our business was in medical and industrial applications.

In 2000, Bell Labs asked us if we could make a specialized device to be used in telecom switching. We were able to make it, though many in the firm thought we couldn’t, and once again our business greatly expanded.  However, not long after that the telecom market took a nose dive, and we lost money for the first time in 15 years. But because we served a diversified market, we were again making a profit the following year.

The idea for the book came from my own experiences as a small business owner. After mentally reviewing my relationships with my former employees, I started to consider how I had overcome the many obstacles I’d encountered over the years and the solutions I had discovered after much pain. I then began to write down my thoughts.  Fortuitously, I saw an e-book on publishing on Amazon’s Kindle site.  This gave me the idea that others could benefit from my experience.

I didn’t take notes for this book at all. All the material came from my memories of what it was like to run a small company.

I present truths learned the hard way. I learned a lot because I had employees leave, I found people who were unhappy, and I realized that I hadn’t been doing things right. I lost a really good employee whoI thought was happy. How wrong I was! That’s why the book is called “How to Motivate and Keep Employees.” People need to know what is expected of them, what their job is. And all the employees should know that they’ll have to pick up when there’s slack. And they did. I remember that one time a guy stayed at work until 1 a.m. on New Year’s Eve because he knew we had to get that optical fiber out.

The ideal audience for this book is a CEO or anyone who has profit and loss responsibilities at a small or medium-sized company. The book opens with the following quote: “If you were to canvass CEOs about their most serious (business) problem, many will tell you that it is ‘employees.’ … [However,] there is a better way; you can have serious, dedicated, and happy employees if you follow the simple guidelines discussed.”

You have to make money for your company, but in order to do that, you need a team behind you in which all the members are pulling in the same direction, the direction that you have clearly articulated. You do not want people pulling in different directions. One time, someone in the sales department sent out the wrong form to a client. Was it this person’s fault? Maybe it was, but not necessarily. Maybe they were under a lot of pressure, or maybe the form looked exactly like another one. That’s management’s fault, and if it’s management’s fault it’s the CEO’s fault. Everything comes back to the CEO. You have to inform your managers, and you have to tell employees when the company is doing well and when it is performing poorly. They deserve to know.

Why do you think this book is important for members of the tech community in N.J.?

There is a lot of wisdom in this book. I made a lot of mistakes. You don’t learn from everyday situations when you don’t hit bumps. It’s when you hit the bumps that you begin to learn.

When I started Fiberguide Industries, I didn’t know what I was getting into. It is very difficult to run a company, especially when you have a lot of people. Before the telecom bust, I had eleven telecom companies as clients, but after the telecom disaster it went down to one. I had about 100 employees, each with different a personality, different desires and different needs.

Coming from a tech background and working at Bell Labs did not prepare me to run a business.  I wrote this book to help others learn from my experiences. Managing Fiberguide was very humbling. People let you know where you’d gone wrong, and it wasn’t all about money. In the history of the company, I never missed paying anyone’s salaries except my own.

One of the ways I kept employees motivated was that, when we made a profit, I shared it with them. When we were at the peak with the telecom business, I set aside a million dollars to share with my employees. I divided it into two packets, rewarding people based on both longevity and salary level. I often reminded people that they were getting a share of the profits, that they were virtually company owners.

It worked, and worked very well.  I once overheard two employees talking about getting the best price for a piece of equipment they needed to buy. Before I had set up the profit sharing, I don’t remember that ever happening. However, after I did that, they know that every penny they saved went towards money in their pockets. It also made teamwork easier at the firm because everyone was pulling in the same direction.

Please tell us three takeaways from the book.

1) The company is a reflection of its CEO; the CEO must “be ethical, honest, fair and empathetic.”

2) Employees need a clear picture of their duties.

Please tell us three quotes that you especially like from the book.

2) “We are an ethical organization.  We intend to create long-term profitability by creating real value for society.”

3) “We treat everyone with respect.  We respect the dignity of each other, our customers, our suppliers, and everyone we meet.”

These last two quotes are part of a statement of company values.