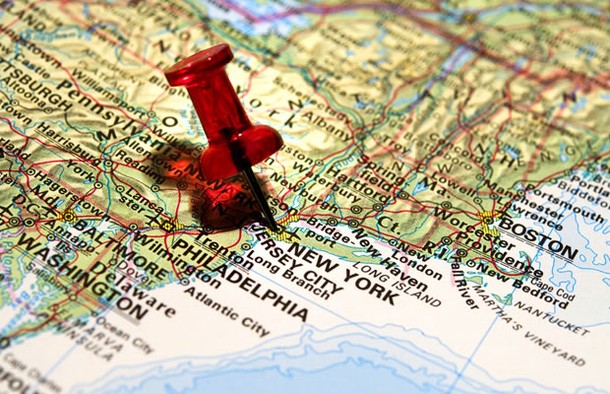 How does online poker geocompliance work in N.J.? | Courtesy OnlinePokerReport.com

[This story originally appeared on Online Poker Report and has been reposted with permission. GeoComply has a Mount Laurel, NJ location. You can find the original story here.]

New Jersey’s regulated online casinos and poker rooms are required to verify that players are within state borders before they can access real-money games.

That may sound simple in theory, but in practice it’s been anything but.

As the CEO of GeoComply (geolocation provider to 10 of the 11 licensed sites in NJ), Anna Sainsbury can speak to the issue on a level that few others in the industry can match.

In our exclusive interview, Sainsbury offered her insights into the how, what and why of geolocation in New Jersey from an industry, technological and player perspective.

Chris Grove: Your company recently announced that it has provided over five million geolocation results for your customers. Can you unpack that number a bit?

Anna Sainsbury: Our 5 million geolocations is a cumulative number spanning all operators in New Jersey that GeoComply currently working with, which is the majority of them. These results account for customer logins as well as recurring checks during game play.

Grove: Can you provide any insight into the ratio of positive geolocation results and negative results within that five million number?

Sainsbury: Once you discard from the pool of ineligible players (ie they are outside of NJ), we are seeing about a 95% success rate.

We’re incredibly pleased with these results, given the benchmark in previous states that went live is significantly lower than that. However, we know that that is little comfort to the 5% that still have problems.

Therefore we are continuing our efforts with operators to increase these numbers by continuously updating our technology, enhancing our existing key features, and working with the state regulators to progress our location methodologies.

Grove: Talk a bit about the regulatory environment you’re operating in and the challenges that presents in terms of your end product.

Sainsbury: For very understandable reasons, such as the density of population along its borders with neighboring states, New Jersey has enacted the most stringent geolocation requirements for regulated iGaming in the world, and I’m happy to say we have successfully stood up to the challenge.

The days leading up to the market launch required us to work very closely with the Division of Gaming Enforcement to ensure their expectations were met and the technology was up to their standards.

While this time was very demanding on our team, it also tested the best of our abilities and allowed us to take our technology far beyond any level set before that time.

Grove: There are a lot of anecdotal reports of geolocation problems from players across several regulated sites. You told eGR back in late November that “approximately 10% of players are receiving false negatives” – where is that number today?

Sainsbury: The 10% rate in late November ties back to New Jersey’s soft launch period, where geolocation rules were still being monitored and analyzed by both operators and regulators.

With the data we had from that period we were able to collectively take a step back, and review how to optimize the rules to achieve the regulators’ goals while seeking to reduce false negatives. Post that period we made some adjustments and can now say that false negatives are about 3-5% on average.

Our top priority is to continue to reduce that number even further, if at all possible.

Grove: Break down the steps players can take to maximize their chances of being successfully recognized when they are within the New Jersey’s borders.

Sainsbury: We have been closely monitoring what’s happening with player results in New Jersey, and in turn tweaking our technology to the greatest extent possible within the confines of the regulations.

We have identified that a few key areas cause roadblocks for access amongst eligible players.  Here are some things you should keep in mind to ensure a smooth experience:

Grove: Much was made at launch of the “digital fence” – understood as something of a buffer zone between the actual state borders and the borders drawn by regulators and technology companies. Is that fence still in place? Has it been redrawn since launch?

Sainsbury: Yes, a buffer zone does indeed exist around the state’s borders as mandated by the state regulators, however it is very minimal and has proven to have no noticeable impact to operations.

We continuously observe players successfully log in located a block from the shore of the Hudson River in Hoboken, NJ, therefore we’re confident the pinpoint accuracy of our technology is working to the advantage of the players and operators alike.

Grove: Will we see any new states go live with online gambling in 2014? If you don’t see any states going live, what states do you think have the most legislative momentum?

Sainsbury: The lead-up to New Jersey seemed to draw resources away from a lot of open efforts in other jurisdictions; now that New Jersey is up and running, I think we will see US stakeholders refocus their interests back to Nevada and hopefully other states such as Pennsylvania, Michigan and New York.

Of course everyone is vying for California to make a move – a prize with such a large player base – however I don’t see that happening until 2015.

Grove: Fast-forward to 6 months from now. Assuming there haven’t been any major issues, should players expect geolocation to be a more fluid, consistent experience? What about a year from now?

Sainsbury: The regulatory environment in New Jersey has tested both operators and players in a way that has never before been encountered. The technology an operator must employ to remain compliant, and the natural hurdles a player must face and overcome as part of this process have been undeniable challenges.

However, I think the commitment is there from all sides to constantly improve the technology, processes and communications to reduce the “false negatives” and improve the player experience.

We are certainly committed to doing that and are constantly striving to identify issues, resolve them and present them to our customers and the regulators to have them implemented in a safe and compliant manner.

Ultimately, once players understand how the technology works – with their device, internet connection, and preferred game – they will have the tools they need ensure the smoothest gaming experience possible.

Chris Grove — Chris is the co-founder and an editor of OnlinePokerReport.com. He’s written for dozens of gambling publications and has been involved with various aspects of the online poker industry since 2004. This story originally appeared on Online Poker Report and has been reposted with permission. You can find the original story here.