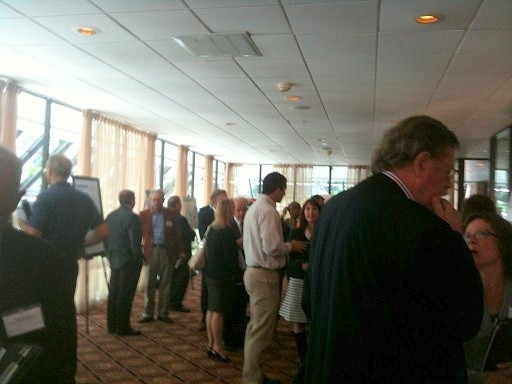 ff Venture Capital: VC firm ff Venture Capital, which recently opened an office in Hoboken, has closed ff Rose and its sister fund, ff Rose Innovate, the firm’s third fund, according to a blog post on the site. The company said the funds will invest in “new, game-changing ideas and businesses” and current portfolio companies that are “achieving growth and success.”

The VC firm said it had planned to raise $50 million in capital and ultimately raised $52 million. “We have continued to reinvest our management fees in services for our portfolio companies and have tripled our team to 20 employees — all dedicated to supporting and empowering our amazing portfolio company founders,” the ff Venture Capital post said.

Tigerlabs:Tigerlabs will soon host Digital Health Boot Camp, aimed at both would-be digital healthcare entrepreneurs and industry veterans. The Princeton-based accelerator and VC says the class will be of interest to those who want to start and build a successful digital healthcare startup and others who wish to interact with expert healthcare entrepreneurs, executives and investors. The eight sessions (Feb. 10–March 3, 2014) will be held both in the evenings and virtually to accommodate those who are currently working, Tigerlabs said. The boot camp will be led by veteran healthcare executive Bill Zeruld, who has worked in a senior leadership capacity across the healthcare spectrum. More information can be found here.

Bloomberg: The Times of Trenton reports that financial software and data powerhouse Bloomberg, which is headquartered in New York, is planning to add up to 1,000 jobs and 200,000 square feet to its South Brunswick facility over 10 years. The township’s planning board approved a preliminary plan last week for the company to expand its existing data center, the article by Nicole Mulvaney reported.

The project includes construction of new buildings and requires approval from municipal, county and state officials, a planning board member told the Times. “Another issue that arose involved contamination left behind on the site decades ago by the former owners, IBM Corp.,” the article stated.

New Jersey Entrepreneurial Network Posters, Pitches and Networking: The New Jersey Entrepreneurial Network (NJEN) Posters, Pitches and Networking event will take place soon — Feb. 12, 2014. NJTechWeekly.com almost missed reminding our readers about this important gathering, which is held annually in Princeton. The deadline to submit a poster is coming up: Jan. 24, 2014. The NJEN event is one place in which startups are guaranteed to be in the same room as angels and VCs. See our coverage of past events here and here.

Civic hacking and learning opportunities: Hoboken and Newark have announced new civic hacking initiatives. Several of the movers and shakers in Newark have established CodeforNewark, a Code for America Brigade.  Also, the City of Newark is working with Jamal O’Garro who runs an organization called Code Crew that aims to bring affordable programming classes, courses and workshops to New Jersey to ensure that everyone has an equal opportunity to learn how to code. The first Code Crew class is coming up Jan.29, 2014.  In Hoboken, the Code for America Brigade is holding its first meeting Jan. 30, 2014, 7 PM at MakerBar.