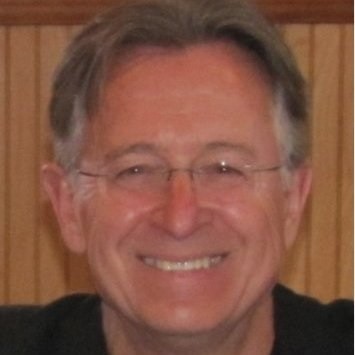 Jim Zucco, chairman and CEO of Corente. | Via LinkedIn

Corente, a privately held company based in Bernardsville that provides software-defined networking technology (SDN) for Wide Area Networks (WANs), is expected to be acquired by Oracle for an undisclosed amount. Corente was founded in 2007.

The proposed transaction, revealed Jan. 7, 2014, is subject to regulatory approval and other conditions, the company said. The transaction is expected to close in early 2014, and until that time the companies will operate independently. The company was not available for comment as to whether it will stay in New Jersey.

In a letter to its customers and partners, Corente said its software-defined WAN virtualization platform accelerates the deployment of distributed and cloud-based applications and services by allowing customers to “provision and manage global private networks connecting to any site over any IP network in a secure” manner.

Together, the letter said, Oracle and Corente are expected to deliver software-defined networking offerings that create “cost-effective, secure networks, spanning global deployments” and offer a complete technology portfolio for SDN cloud deployments that “virtualize both the enterprise data center LAN [Local Area Network] and the WAN.”

The goal of the combination is for Oracle to retain Corente’s domain expertise, some observers say, but there is some disagreement about how the company’s products will proceed once it is acquired.

Writing on TechTarget, Shamus McGillicuddy says that Oracle is not trying to “compete in the burgeoning SDN market. Instead, the company is improving the networking components of its own technology stack for cloud application delivery.”

He quotes Brad Casemore, IDC research director, as saying, “The SDN stuff that went out in the press releases, in my mind, is an intentional distraction … It’s clear this is not a competitor to data center overlays, like VMware NSX. It’s an adjunct technology. Oracle is not going to compete with Cisco. This is about their cloud services strategy. It will support other areas of their business.”

In other words, don’t expect Oracle to start selling Corente’s technology as a standalone Oracle SDN product, the TechTarget article said. Oracle will support existing Corente customers, but Oracle’s true intent is to incorporate Corente into Oracle’s cloud applications stack, according to the McGillicuddy post.

Corente’s management team and employees are expected to join Oracle after the transaction closes and continue to focus on facilitating virtualization and capabilities in the area of software-defined networking technology, the company stated.

In discussing how the acquisition will affect customers and partners, the company said on its website, “Oracle is currently reviewing the existing Corente product roadmap and will be providing guidance to customers in accordance with Oracle’s standard product communication policies.”

“Any resulting features and timing of release of such features as determined by Oracle’s review of Corente’s product roadmap are at the sole discretion of Oracle. All product roadmap information, whether communicated by Corente or by Oracle, does not represent a commitment to deliver any material, code, or functionality, and should not be relied upon in making purchasing decisions. It is intended for information purposes only, and may not be incorporated into any contract.”