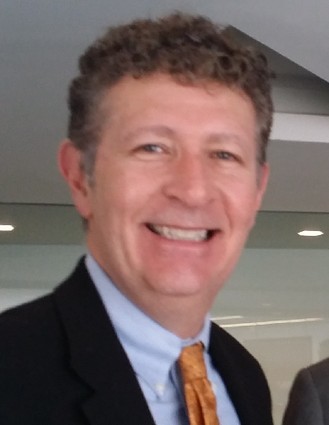 Amp Your Good’s CEO Patrick J. O’Neill wants you to know that this is the season to plan an online food drive for those in need. And while you’re at it, you should plan one that specializes in food that’s fresh and healthy.

Amp Your Good is a Mendham-based startup that provides a platform for drives of all kinds. For example, the company has hosted “crowdbuild” drives to fund  building materials for Habitat for Humanity.

But Amp Your Good’s new emphasis is on drives that provide fresh, healthy “real” food.

The company says that it has developed a “crowdfeeding platform” that radically improves how food drives work — by replacing the traditional physical collection model with an online donation model.

As with crowdfunding, people and organizations set up food drives hosted on the platform at no cost. However, instead of donating money, supporters choose the food items they would like to donate and pay for them via a standard e-commerce purchase. When a drive ends, the startup delivers all of the food directly to the soup kitchen, food pantry, or shelter supported by the drive.  No food ever sits in a collection box.

Right now, one of the drives featured on the site is “The 2015 Real Food Drive,” aimed at getting hungry people the food they need, like fruits and vegetables. The user buys the food from Amp Your Good, and it is delivered for them.

“We are riding on a trend,” O’Neill admitted, but he thinks it is a trend that will not be reversed. Americans began eating a higher percentage of processed foods in the 1940s and 1950s and that practice has only gotten worse. “But the food system is shifting back towards healthier foods,” due to a greater recognition of the health benefits of fresh fruits and vegetables, and of the medical problems caused by an unhealthy diet.

Last year, O’Neill attended a conference in Washington DC where he struck up a conversation with FOOD-X (New York) founder Shen Tong, telling him about his concept of providing healthy, fresh food to underserved populations via online food drives.

FOOD-X is the first international business-accelerator program focused on launching food-related ventures with a multistage long-term fund, according to that company’s website. Shen suggested that Amp Your Good apply for the accelerator.

O’Neill reported that there were 300 applicants, and Amp Your Good was one of the 10 groups accepted. They attended the program from April 1 to the end of June, 2015. “It was a very intense program,” he noted.

Unlike the typical accelerator entrepreneur, O’Neill is a seasoned businessperson, and he pointed out that he didn’t really need any training for the technical side of his business. However, “it was very beneficial for us to be increasingly well-networked with others in the food industry. The accelerator drove relationship building.”

Through the accelerator, the company was able to brainstorm a number of different food-drive concepts, some of which Amp Your Good has already implemented. The best thing about FOOD-X was the deep roster of mentors and the networking, said O’Neill.

One of the concepts that came out of the FOOD-X accelerator was the “restaurant food drive,” in which restaurants that want to give back to the community set up a food drive. At the end of the drive period, the restaurant prepares  complete meals for the people in need. The drive allows restaurants to connect with their customers, and Amp Your Good can help provide a whole meal to someone who normally wouldn’t get one.  In addition, “We ask the restaurants to select meals that are healthier,” O’Neill said.

“We recently did this kind of a drive with a group of restaurants in Morristown and funded over 400 meals, which went to the shelter that the restaurants were supporting.” The campaign was called “Chef’s Community Table,” and was a collaboration among  nonprofit organizations (Market Street Mission, the Junior League of Morristown and Curbing Hunger), the Morristown Partnership, St. Jacques Marketing and the six local restaurants. Check out their video about the campaign here.

Not only was the drive a success, O’Neill said, it gave the shelter staff and volunteers a break. One of the findings: People were willing to spend more to create an experience that other people will like.

Amp Your Good also is piloting an “organic only” food drive being run by the National Association of Nutrition Professionals, a nonprofit that wants to provide the healthiest meals for the people they serve, according to O’Neill.

The startup has hired a number of independent sales representatives to get the word out about its services, and hopes to grow the number of drives it hosts exponentially in 2015 and 2016.

Previous: Opinion: Accelerators Can Help NJ's Startups Get Up to Speed
Next: Interview: Simon Yelsky of RightAnswers Talks about the Future of Knowledge-Based Customer Support