Early-stage NJ startups would be well-served to consider the benefits of participating in a startup accelerator to help guide them to a successful launch.

While the location of the accelerator isn’t nearly as important as its expected performance, we’re lucky to be located in a metropolitan area that has a large number of choices.

It’s useful to group startup accelerators into three distinct types. Vertical accelerators are those that align their program along a specific market segment theme such as FinTech, Health, Fashion and Real Estate.

Horizontal accelerators, on the other hand, are aligned along a specific product-types or technologies, such as hardware, SaaS, IoT, and mobility. Corporate accelerators have an association with a company and follow a focused theme coming from that company’s specific interests.

During the past few years, the number of new accelerators has increased. This growth has been fueled not only by startups looking to leverage expert guidance but also by eager angel investors and new venture fund managers seeking access to potentially lucrative (but risky) investment options.

It’s important to distinguish accelerators from business incubators that are also available for NJ startups. Both accelerators and incubators help young firms grow by providing guidance, but in different ways.

Business incubators typically engage startup companies as tenants in their workspace for varying lengths of time. They are often associated with universities and provide startups with easy access to services such as accounting and legal.

Because of their construct, incubators are known to be inefficient, typically spending their modest funds on infrastructure expenses rather than to directly impact the growth of the startups. They also lack expedience, as startups have a tendency of remaining for a long time to sort out their businesses.

While they may exhibit some signs of success, it seems that often these incubators end up carrying the dead weight of under-performing companies that can only survive within the incubator. And improvement does not appear to be imminent.

Startup accelerators, on the other hand, take a selected group of startups (a “cohort”) through a structured program over a specific period, usually 3-6 months. Accelerators make a small seed investment in their startups in exchange for a small amount of equity.

This initial investment is frequently sufficient to cause founders to dedicate all their time to their startups. Once engaged by the accelerator, the startups are given access to a large mentor network composed of entrepreneurs, alumni, and outside investors. The contacts and introductions may be the accelerator’s biggest value for prospective startups.

During the accelerator program, the startups go through intensive mentorship and may participate in periodic educational seminars.

The goal of the accelerator is rapid growth, to sort out all organizational, operational, and strategic difficulties that might be facing their business and ultimately to get the companies funded with seed financing. The program normally culminates in a public or semi-private pitch event, “Demo Day”, during which the startups present their business plans to candidate investors.

Impact of an accelerator on the trajectory of a startup

With acceleration, companies don’t waste time and money with a business plan that doesn’t work. In failing sooner, they learn a lot about how to be a successful company.

Over the past few years, new “focused” accelerators have appeared that target specific types of startup and deliver a more rewarding experience. In general, there are three distinct types of accelerators.

·        A third type is operated directly or indirectly by specific companies (“corporate accelerators”).

Of course, accelerators aren’t necessarily exclusively one type and may have different focus characteristics. When these focused accelerators develop a strong program around their theme, build a strong, aligned mentor network, and solidify rewarding relationships with active investors, both the accelerator and the startups benefit.

In general, the highest density of startup accelerators is found in the largest metropolitan areas.  For NJ startups, New York City has a significant number of accelerators in the area. As the largest metropolitan area in the US, New York City exerts a powerful influence over global commerce, finance, media, culture, art, fashion, research, education, and entertainment.

The region has a large and diverse group of participants in world markets actively involved in leading, managing and supporting companies in those markets. And, of course, there are lots of investors with a diversity of funds indexed for those markets.

For these accelerators, vertical themes seem to follow a variety of different areas. Financial Technology, Health, and Education Technology are the most prevalent, yet accelerators exist in Hospitality, Fashion, Enterprise Software, Non-profit, Film, Food, Real Estate and Android Software.

Techstars NYC is the most successful general accelerator in the New York City region followed by Entrepreneurs Roundtable Accelerator (ERANYC) and AngelPad. It seems that these accelerators continue to get stronger while building their investor networks, mentor and alumni pools and associations with the community.  See the table below for a sample list of other NYC accelerators. It’s great being nearby New York City which brings so many choices for a variety of accelerators.  It’s difficult to imagine a situation where it makes sense to sacrifice the focus, theme and quality of an accelerator because of the accelerator’s location.  However, there are a growing number of NJ-based options available that should also enter into consideration.

TechLaunch NJ (originally located in Clifton NJ) is likely the most popular NJ accelerator.  Their 16-week program includes one-on-one mentoring, a schedule of educational speakers, visits to local Fortune 100 companies, comfortable co-working space as well as legal and accounting services.  They have had three cohorts since 2012, the last ending with a Demo Day on July 14, 2014.  TechLaunch NJ has not yet announced a 2015 cohort.

A new accelerator is being launched in Newark NJ in fall 2015.  Prudential Financial, Audible, Inc. , and local leaders have announced a $50M venture fund for early-stage technology startups.  Managed by the Newark Venture Partners, the Newark Venture Accelerator (NVA) will be located in a 25,000-square-foot co-working space with access to a powerful high-speed internet made available for growing early-stage tech companies in Newark.  Local leaders hope that NVA will help invigorate NJ technology industry and boost economic growth in the Newark area.

The most common startup accelerators have cohort-based programs that create an ecosystem within which the startups participate for a fixed-term, culminating in an investor-focused pitch event.  However, other organizations exist that may be helpful in accelerating NJ startups.

For example, the tTAp Accelerator is designed for companies that seek to fund and commercialize scientifically-developed medical products.  Tigerlabs Digital Health Accelerator is a six-month rolling admissions program based in Princeton, NJ that brings startups in proximity to flagship healthcare brands as well as other major players.

Based on information published in the following article: Accelerators Get Focused to Better Assist Startups. [Dr. Frank Vallese is President of ePhysics LLC currently advising investors and startups in technology, business strategy and management. Former CEO and owner of Electrophysics Corp. (Fairfield NJ) acquired by Sofradir France, remaining as President of the US subsidiary through 2014.] 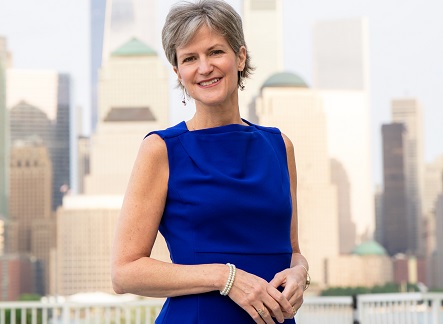