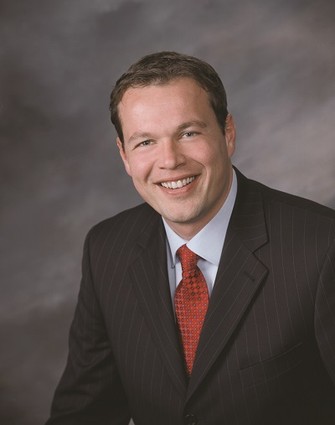 Eastern DataComm: Eastern DataComm (Hackensack), which offers communication solutions for businesses, schools and municipalities in New Jersey and the New York metropolitan area, announced that the United States Patent and Trademark Office has issued a patent for an element of Eastern DataComm’s proprietary Lockdown and Emergency Notification System (LENS).

LENS incorporates this patented technology to more effectively allow schools, libraries, municipalities or businesses to immediately and automatically notify everyone inside and outside a building of an emergency.

Eastern DataComm’s proprietary controller connects these components, which can be activated during an emergency by dialing a code on any phone within the building, pushing a “mushroom-style” lockdown plunger button in key locations, or by using an administrator’s smart phone app.

Wayside Technology Group: Wayside Technology Group, an international technology channel company that markets hardware and software, directly and through resellers, to technology professionals worldwide, announced the launch of their new redesigned website and brand refresh. This comes shortly after their corporate headquarters relocated from Shrewsbury into a new 20,000-square-foot facility in Eatontown.

The major changes to the website include a new responsive user-friendly interface that allows users of MACs or PCs, desktops or mobiles, to navigate more easily through the site’s content pages. There’s also the addition of a culture aspect section, with the goal of attracting top talent, particularly millennials, seeking jobs in the central New Jersey area.

“We’re confident that the aesthetic redesign will provide a more engaging, comprehensive and user-friendly experience for visitors. We also believe the site redesign reflects us as the innovative and modern company Wayside Technology Group prides itself as being, and is reflective of the direction we are heading as a company,” stated Simon Nynens, chairman and CEO of Wayside Technology Group.

SHI: SHI International Corp., a private, woman-owned New Jersey tech company based in Somerset, and one of North America’s top 15 largest IT solutions providers, ended 2016 with $7.56 billion in revenue, a 12 percent year-over-year increase.

Domestically, all SHI sales divisions experienced significant growth, led by a 16 percent gain for the Corporate and SMB division, 13 percent for Public Sector, and 8 percent in the Commercial and Strategic Enterprise space. Strong growth outside the U.S. continued, led by a 22 percent increase in the United Kingdom division, according to a press release.

SHI also celebrated the opening and first full year of operations of its Integration Center (Piscataway), which doubled its warehousing and hardware-configuration capacity. In December, SHI had soft-launched its Customer Innovation Center, a “sandbox” data center on the main SHI campus, in Somerset. The center will let customers review newly released technology and test hardware, software and data center solutions from any partner in a simulated, secure environment, the company stated.