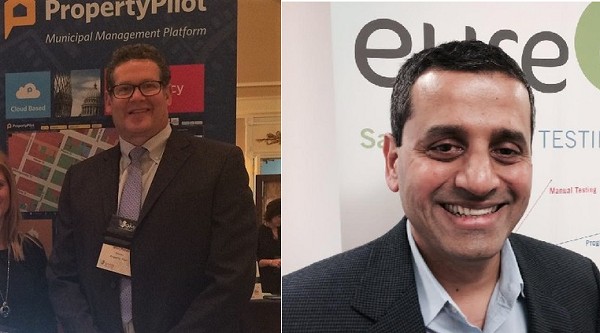 GovPilot: GovPilot (Hoboken), a municipal software provider, released its newest software product, a mobile app called “GovAlert,” in both Android and iPhone versions. The app allows constituents to voice their concerns and send photos to their elected officials and to their municipalities immediately, in real time.  Texts are automatically routed by zip code to the proper official/department for remedial action.  And the app is free to constituents.

GovAlert is an outgrowth of GovPilot’s software’s “report a concern” feature, which was used quite successfully by Camden County in the summer of 2016 for mosquito control and Zika virus prevention, Camden Coutny freeholder Carmen Rodriguez, said in an article.

The app supports common non-emergency citizen complaints regarding such areas as mosquito control, animal control, buildings, businesses, construction, garbage, health and sanitation, traffic signals, parking and more.  Once the complaint is classified, the user is prompted to describe the problem and provide a related image.

Participants in the current round included SRI Capital (Hyderabad, India), a seed-stage venture fund focused on the “as a service” economy and “deep tech,” along with Robert J. Ciaruffoli, former chairman and CEO of ParenteBeard (Philadelphia, Pa.); Walter Buckley, cofounder, chairman and CEO of Radnor, Pa.-based Actua (formerly ICG and Internet Capital Group); and Thomas J. Gravina, cofounder, CEO and chairman of GPX Enterprises (Philadelphia, Pa.), a private investment firm, the startup said in a release.

The company uses automation to bring speed, scale and efficiency to e-commerce software testing.  Clients like Bare Necessities and Weight Watchers have reduced testing times by 85% and testing costs by 75% with the eureQa platform, eureQa claimed.

“Using eureQa, we are finding, validating and fixing a greater number of critical issues than we were before, and we are able to address these critical issues earlier in the project cycle. eureQa is key to our ability to hit our dates and launch with confidence, knowing we are stable,” said William Saccone,  senior director, quality assurance at Bare Necessities (Edison).