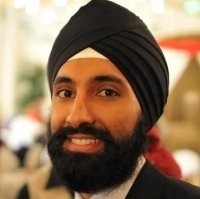 The New Jersey tech community knows how difficult it was for companies to get VCs and angels to write checks in 2012. Acknowledging this, the New Jersey Entrepreneurial Network (NJEN) organized a panel discussion on alternative means for entrepreneurs and businesses to obtain financing.

Some 60 attendees at the Oct. 10, 2012, event, held in Princeton, heard about crowdfunding, bank funding, myriad financing tools made available by the state of N.J. and even a vehicle that gives immigrants green cards while providing financing to companies that create jobs.

Part 1 of this post covers the crowdfunding presentations, including an interesting discussion by Savraj Singh Dhanjal, a Princeton entrepreneur who gave a Kickstarter campaign a try.

The first speaker was Freeman White, CEO and cofounder of Launcht (Buckingham, Pa.), a website providing custom crowdfunding platforms and white-label sites for nonprofit social fundraising, online voting and use by universities.

White spoke about the history of crowdfunding, including the difference between the form of it authorized by the Jumpstart Our Business Startups (JOBS) Act and the version of it carried out today via Kickstarter, Indiegogo and other sites. For entrepreneurs, today’s sites are used to build something of interest to the market and then presell it, White said. “However, if you want to invest in the business itself, that is still illegal, unless you are an angel investor or an accredited investor through a Rule 506 offering or a Regulation D offering,” he noted.

When the rules are finally promulgated, the JOBS Act will change things so that ordinary people can invest upwards of 5-10 percent of their income in startups and small private companies, White said. The investment can take many forms, such as revenue sharing, equity, debt and any kind of regulated security, he added.

However, “if you see anyone offering you a crowdfunded security today, they are trying to defraud you of your money,” White told the group. When the rules are finalized, it will be ethical to invest this way, and “you are going to know when that is, because the Securities and Exchange Commission and the Financial Industry Regulatory Authority are going to shout it from the rooftops!”

There is a role for crowdfunding right now. Current sites can be used for product development, for example. They basically let companies that want to design a product’s first run do so, if they have the design and suppliers, White said. Companies are essentially preselling “cool gadgets.” This kind of selling is based on how commerce is already being carried out, as in the case of preselling books.

Another interesting use for today’s crowdfunding sites is tech transfer for universities, White said. Universities are setting up campus crowdfunding portals and offering research projects to be funded, or they present a product ready for commercialization, requesting funding to make a first run at the market. With this model, crowdfunding becomes market research; you learn very early on whether someone will buy the product, he noted.

Dhanjal, CEO of the startup Wattvision, which ran a successful Kickstarter campaign this year, was the next speaker to tell his story. A Princeton graduate, he had an idea in 2008 for a gadget that would record how much energy a home or business was using at any given moment. He made a prototype of his product and tested it in his parents’ house. A neighbor saw it and wanted it, and Dhanjal thought he had a business.

In 2009 he was able to raise money with the help of Y Combinator (Mountain View, Ca.)founder Paul Graham. “I pitched him, and he realized this was a cool energy monitoring system that was really simple and didn’t involve electricians,” explained Dhanjal. Graham liked the idea because it incorporated both hardware and software, “and most people only do one or the other.

“This was after I had spoken to angels in the Princeton area. At that time there were no local accelerators. So I moved to California for three months, refined the prototype a bit and raised more money from angels. … We spent … time turning a standalone device into a tiny box that connects to the wireless network in the house and a sensor that you put on your meter.

“Angels have the same three requirements, but they may be personally vested in your product and you can connect with them,” he said.

Dhanjal was able to produce and sell the first version of his gadget, which he named Wattvision. When it was time to produce an updated version, however, the company needed to raise more funds. “We saw another Y Combinator company that made watches, Pebble put its [smart] watch up on Kickstarter and be wildly successful,” he said.

With Kickstarter, if you can convey your product as cool or interesting, you can connect with that audience, Dhanjal noted.

“This was a risk for us. We had already taken angel funding, and we already had a product out there. We didn’t know how we would be received on Kickstarter. Also, we were selling our product to homeowners — someone who has a house, not someone in a New York apartment who wants a cool watch.” Dhanjal said the company thought long and hard about how to frame the product in a light that would inspire people to pre-order it.

“We put up our campaign in late August. Our goal was $50,000 for version 2 of Wattvision. We had a local filmmaker make a marketing video.” Dhanjal said being located in the Tigerlabs (Princeton)coworking space was an advantage for the firm, because others working there helped out, lending scenery to make the video “cool.”

“We made the video and we waited,” he said.

That’s not all the company did.

“We emailed our existing user base. We had had some great press in 2009. Forbes and Business Week covered us, and we collected the email addresses of users interested in the product.”

In the email it sent them, Wattvision offered existing users a better deal: if they preordered , they would receive the next version of the device at a discounted price. Other Kickstarter users had to contribute a higher amount to preorder. “Thanks to our own email list, we raised $18,000 in 24 hours, which was exciting,” noted Dhanjal. The campaign raised $67,000 in total.

There are some things to note about Kickstarter, Dhanjal said. The site takes 5 percent off what you raise, and 2 percent goes to credit card processing. So people considering using it should do the math. Also, you have to have a physical product. Finally, Kickstarter reviews products, so yours can be rejected.