Home » Opinion » Opinion: 2015 Year in Review: Editor’s Picks for the Most Important NJ Tech Stories of 2015 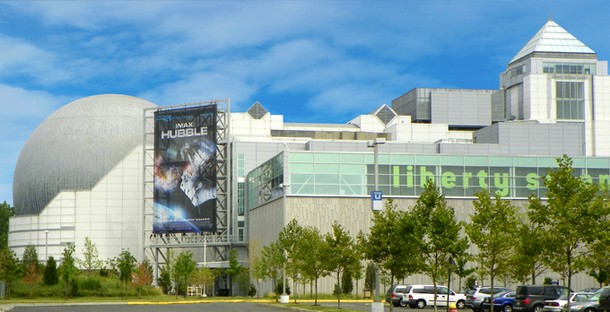 When I looked back at 2015, I found it an eventful year for tech in New Jersey. These are my picks for most important tech stories during the year. Let me know what you think. [esurden]

Coworking Spaces Mission 50, Cowerks and Indiegrove Get Just Under $1 Million in Loans from EDA

Three successful applicants to a program initiated by the New Jersey Economic Development Authority last July were approved by the EDA board for loans totaling nearly $1 million on Jan. 13.  The recipients were Mission 50 (Hoboken), Cowerks (Asbury Park) and Indiegrove (Jersey City), all of which NJTechWeekly.com has covered extensively.

[We plan to follow up on how things are working out for these coworking spaces in the upcoming year. Also, WeWork is coming to Jersey City, and we’ll follow up on that, too.]

[Since this announcement, we haven’t heard much about the planned campus, but we hope to give you an update in 2016.]

NJTechWeekly.com has been following Jet.com, the e-commerce startup founded by Marc Lore, of Diapers.com fame. Lore has been busy working towards a launch this spring. On Feb. 11, he announced on his blog that the company (now in Montclair but soon in Hoboken) had secured an additional $140 million in funding.

[This was just one of a number of articles about New Jersey’s best-funded e-commerce startup. Marc Lore told his story in many places last year. People are still watching Jet.com cautiously, however, as it continued to absorb even more financing and struggled a bit this holiday season .]

Toms River Startup Yashi Exits to the Tune of $33 Million; Staying in NJ

If you want to know how a husband and  wife team figured out how to monetize video through advertising, and turned their startup into one of the fastest-growing companies in New Jersey, just watch this video: youtu.be/pVynn7fUgCs. You’ll see the couple, Yashi founders Jay and Caitlin Gould, who began with a great idea and gave up steady jobs to start a company out of their house. They grew that startup it into a thriving powerhouse in an unlikely spot: Toms River, on the Jersey shore. This week Yashi announced its exit. The company said that 100 percent of its stock has been acquired by Nexstar Broadcasting Group (Irving, Texas) for $33 million.

[A startup success story with a great exit, Yashi gave a lot of  New Jersey startups hope, especially since the company plans to stay in the state and grow here.]

The City of Newark made great strides towards empowering its citizens by introducing an innovative app called “My Newark,” adding  new data sets onto its open data portal and offering inexpensive broadband Internet to all of its residents. These advances, introduced on Jan. 29-30, were accompanied by a three-year research collaboration agreement with Rutgers University-Newark.

[This was just one of many articles on the coming tech renaissance in Newark. This particular story concentrated on the open-government work being done there.]

What Will Happen to NJ’s Bell Labs after Parent Company Alcatel-Lucent is Acquired by Nokia?

Nokia (Finland) entered into an agreement to acquire France’s Alcatel-Lucent, the parent company of New Jersey’s Bell Labs. While there is no telling how this deal will affect Bell Labs here, some analysts believe that this premier research facility will remain in place, although there may be some re-alignment of research priorities.

[One of New Jersey’s icons is being acquired, and we will watch for further developments. In a later story, Marcus Weldon said he did not think Bell Labs in New Jersey would be in trouble because of  the acquisition.]

Speaking to an audience of nearly 700 people at the TEDx Navesink event at Monmouth University, on April 11, Audible founder and CEO Donald Katz talked about his company’s relationship with Newark and announced that he was starting a venture fund and accelerator in the Brick City. “We’ve been working for more than two years with a number of political people, technology leaders and investment leaders. The fund-plus-accelerator model has really come of age. It’s a powerful de-risking methodology,” he said.

[NJTechWeekly.com broke this story, and it was the first public indication that Donald Katz was serious about establishing a tech accelerator in Newark.]

Several members of the New Jersey Tech Council went on a trade mission to Cuba in early April to see if there were any synergies between the tech industry in Cuba and that in New Jersey, and to find opportunities for future partnerships. “Overall, the trade mission was a resounding success,” said James Barrood, president and CEO of the NJTC. “A dozen of us had the opportunity to learn about the fascinating Cuban culture and society. We also had a series of meetings with industry and a few entrepreneurs as well (a scarcity in this socialist country).

[The NJ Tech Council members who went to Cuba spoke of  their memorable experiences there and of their hope that more bonds could be forged to enhance trade.]

Is the Game Design and Development Industry Heading to New Jersey?

The International Game Developers Association (IGDA) is reestablishing its New Jersey chapter, with a view to developing an independent game community here. This news was announced at the IGDA’s New Jersey Revitalization Summit, in Atlantic City at the Tropicana on June 4. Several members of the Launch NJ Art and Tech Collective went to Atlantic City for the meeting.

[This may seem far-fetched, but gaming enthusiasts are seeing a resurgence of interest in the industry in New Jersey.]

On May 22, Rutgers received a federal grant of nearly $500,000 to continue planning an innovation park at the university’s Livingston Campus, in Piscataway. The idea for “Innovation Park@Rutgers” had been in the works for some time, as Michael Pazzani, outgoing VP for research and economic development, told us in 2012.

[We are looking forward to seeing this project take flight.]

Bell Works, the restored and repurposed former Bell Labs building in Holmdel, is now open to the public. The first office tenants have already begun moving into the space, which was previously the site of some milestones in the history of science and technology.

[The opening of Bell Works to tenants was a big deal, as the developers try to revitalize the Holmdel campus. Many former Bell Labs workers expressed their interest in this story.]

Attention Startups: Newark Advances Its Quest to Be a Tech Hub

Addressing a passel of dignitaries committed to helping Newark become a technology destination, Audible founder and CEO Donald Katz announced the formation of Newark Venture Partners (NVP), which will manage a $50 million early-stage venture fund and a 25,000-square-foot accelerator at One Washington Park that will incubate new companies and nourish partially formed ones. Simultaneously, the City of Newark unveiled its new Firebolt Wi-Fi, an outdoor, lightning-fast free public network funded by the Military Park Partnership, Audible and Prudential Financial.

[This was the official announcement of the founding of Newark Venture Partners and the initiative to set up a venture fund and accelerator in Brick City.]

OpenLab has fulfilled its mission, and then some. The facility drives the development of new network integrated applications, works with third parties to enhance their understanding of Juniper networks automation and programmability and supports its worldwide sales team and partner community.

[Juniper OpenLab has become an important asset to New Jersey, as it evolves into a center for excellence driving development.]

[Interest in this event was through the roof, as the mayor and others addressed a packed house, talking about plans for the future of  tech in Newark.]

OpenLab will offer telecom startups and independent software vendors (ISVs) an opportunity to take part in a solutions incubator. Participants will have access to Juniper’s lab and other state-of-the art facilities and to its networking expertise, according to Jerry Passione, OpenLab’s general manager.

[Building on its growing worldwide reputation, Juniper OpenLab, located in Bridgewater, decided to create a solutions incubator there, even though access could be remote. We hope to update this story in 2016.]

At NJ Tech Meetup, Gary Vaynerchuk Talks About Investing In and Building Businesses

What does Gary Vaynerchuk care about? His family, proving himself as a businessman and someday owning the Jets — although he does admit that his passion to own the Jets could simply be a motivational tool that keeps him going.

[Well-known investor and businessman Gary Vaynerchuk appeared at three New Jersey tech events in 2015:  the NJ Tech Council Venture Conference, the Morris Tech Meetup at Wine Library and a NJ Tech Meetup. He offered  his unique brand of advice at all of them, but each meeting was different.]

Jersey City is making strides toward its goal of opening  municipal government data to its residents, and of turning that data into something meaningful. At the Annual 2015 Code for America Summit, in Oakland, Calif., Brian Platt, director of the Jersey City Office of Innovation, along with Open JC executives Akisia Grigsby, Emmanuel A. Simon and Sharad Hedge, participated in a panel discussion about the city’s newest initiative, “BeSafe.City” —  the Jersey City public safety alert system.

[Jersey City is taking some unique steps to bring technology to its citizens.]

On October 2, developers, UX designers and other members of the New Jersey tech community braved a coastal storm to gather in Asbury Park for the 2015 Asbury Agile Web Conference .

[The Jersey Shore tech community is one of the most vibrant clusters of tech talent in the state. We salute their annual conference.]