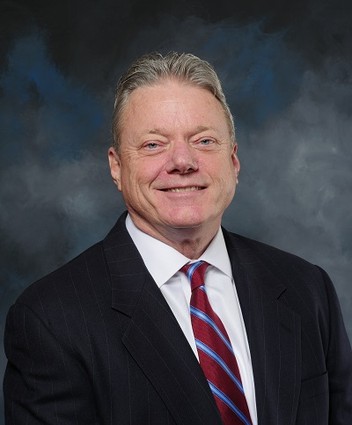 Joseph M. Taylor, a friend to Newark and its tech community who played a large role in the revitalization of Newark, is retiring from Panasonic Corporation of North America (Newark). Taylor has been with the company for 34 years, seven of them as chairman and CEO. In 2013, he moved the company’s headquarters to Newark.

During his tenure as chairman and CEO, Mr. Taylor successfully led the company’s business transformation, during which its primary focus shifted from consumer electronics to B2B and B2G (business to government) solutions, while also driving a culture of innovation.

Taylor, the first American executive officer and managing executive officer at  Panasonic Corporation, as well as the first non-Japanese to serve as chairman  and CEO of the Panasonic Corporation of North America, presided over the company’s growth during each year of his tenure and over its exceptionally high growth, sales and revenue in the current fiscal year, according to a release.

He was also responsible for creating Panasonic’s Smart City initiatives, which demonstrate how public–private partnerships can work to improve the quality of life of residents.

Upon retirement, Mr. Taylor will become vice chairman of the company until December 31, 2017. He will also serve as a strategic adviser for Panasonic Avionics Corporation (Lake Forest, Calif.) and as a board member of Panasonic Corporation of North America subsidiary Hussmann Corporation, which is based in Bridgeton, Mo.

Previous: South Jersey Startup Alfrea Has Platform to Match People to Land They Can Farm
Next: TCF '17 on March 18 at College of New Jersey; A Look Back At Its History