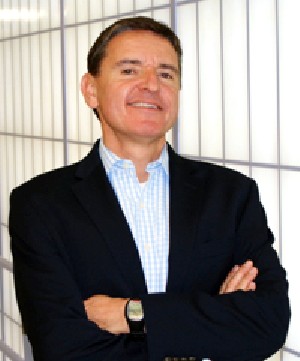 The joint company will be headquartered in Newark, Practice Unite’s home, but it will take the Uniphy Health name.

At the same time as the merger, the company received a significant influx of cash from investors, said Adam Turinas, CEO of the merged company and former CEO of Practice Unite. The details of the investment were not announced.

“We had been working with Uniphy Health for the past several months, almost like one company, and we were able to go out together and raise capital to fuel the growth of the new company,” Turinas told NJTechWeekly.com.

The joint company was significantly more compelling to investors, he added. Investors were interested in the new company’s ability to scale, bring something different to the market, and bring in new clients, which the joint company could do better than each of the two companies acting alone.

The joint company expects to use the new funds to “grow, grow, grow,” and it’s on a hiring spree, looking for software developers, sales professionals and customer-engagement people. Most of the jobs are in New Jersey. The company also has an office in Minneapolis and a development team in India.

Customer engagement is a unique job position at Uniphy Health, Turinas noted. “One of the things that had set us apart from our competitors, and something both companies shared, was a strong belief in providing strong client support and helping the client build a network of users. …What we hear from prospects and customers is that our competitors basically leave it [adoption by practitioners] to the IT department. We do it for them. Our product engagement teams go into an existing client and help market the application, train and onboard people.”

Turinas called the deal a merger of equals. “It’s a really exciting time for us,” he said. Practice Unite had been growing since its inception 3.5 years ago, with about 20 institutional customers. “But we are in a competitive market, so we took stock of where we were and what was the best way for us to continue to grow fast and compete more aggressively.” The company decided about six months ago to look for a partner to help it do that.

Practice Unite and Uniphy Health heard about each other from an analyst at Gartner, Turinas told us. Tom Wamberg, Uniphy Health’s cofounder and chairman, then called Turinas, and they began talking about their visions for their companies. “After many more discussions, we felt that we liked them a lot and they liked us a lot. We thought, rather than go at this alone and try to raise money alone,” it made sense to put the two companies together, Turinas said.

The Uniphy Health startup had a different orientation from Practice Unite’s. “Our product focuses on fast secure text and voice-based communications, said Turinas. “Theirs focuses on engagement. … Their application is more like Facebook or LinkedIn. Ours is more of a texting application. We realized that by putting the two companies together we would have a range of solutions, a platform that no one in the market comes close to.”

Acording to Turinas, he and Practice Unite’s CTO Ed Guy and Director/Chief Medical Officer Stuart Hochron are leading the joint company. The new entity now has a board of directors, and Wamberg is the chairman. “We have some very exciting people joining our board, including a cofounder of USRobotics (Schaumburg, Ill.), Casey G.Cowell; the former chief operating officer of ADP (Roseland), Mike Martone; and Dr. John Lockwood Sr., a Florida-based orthopedic surgeon,” said Turinas.

Everyone who was already employed by the two companies has been retained through the merger, according to Turinas.

“The great thing is that it doubles the size of the company overnight and doubles our business. It brings in several new customers and brings in some terrific technology talent, as well as customer-engagement folks.”

Asked what is next for Uniphy Health, Turinas said, “We are looking for innovative technology partners in healthcare. From a technology standpoint, one of the things that sets us apart is the ability to integrate third-party applications into our platform.”

The company also plans some additional technology products in the near future.