[Princeton High School was named one of three national winners of the Solve for Tomorrow contest. Said Samsung: “Food waste is the third-largest contributor to greenhouse gas emissions and Princeton, NJ does not have any specialized municipal collection of organic waste. Therefore, most of the food that is not consumed within the community is thrown into the garbage and ultimately winds up in landfills. To combat the overproduction of greenhouse gas emissions in landfills, the students utilized technology, and the black soldier fly to bioremediate food waste into usable products such as protein for animal feed and as a substitute for palm oil in cosmetics like soap.”

Princeton High School was also named the Samsung Employee Choice Award Winner, winning an additional $10,000, bringing their total to $110,000 in technology for their school.]

A group of ninth through 12th grade students at Princeton High School recently won $50,000 from Samsung as New Jersey state winners in the “Samsung Solve for Tomorrow” contest. Readers can see the team’s video and vote for the national winner here.

Using science, technology, engineering and math (STEM) skills — and black soldier flies — the students were able to bioremediate food waste for other productive uses, such as creating protein for farm animal feed and for the palm oil found in cosmetics.

This was the first time Princeton High School had entered the 20-year-old contest, yet the students placed among the 10 national finalists; the national winners will receive a grand prize of $100,000. On April 25, Princeton High School and the nine other teams will deliver their final pitches to Samsung in New York City, and on April 26 the grand prize winners will be announced.

“We have a workable design that is incredibly versatile and very functional, which has been amazing, because we got word about this challenge in October, and then we found out late in 2021 that we were state finalists,” said Mark Eastburn, the students’ teacher.

Eastburn, who has been with Princeton High School for four years, but has taught in the district for 21 years, said that his students had been considering ideas for two years about something they could do with raising insects and making useful materials out of the insects.

“One of my students, Matthew Livingston, built upon something that my daughter [Sharon] had originally come up with, as the black soldier fly being this incredible recycler of pretty much any kind of food, no matter what state of decomposition,” said Eastburn. “They really are amazing little natural machines that can completely convert stuff that normally gets tossed away in landfills. They can be converted into very useful oils and very useful proteins and animal feed, and then the other products that we’re making, like soap. There’s so much we can do with them.”

The students used Arduino technology, an open-source software and hardware platform, to help build and test their project. Eastburn explained, “They’re relatively inexpensive devices that we’ve now been able to connect to an app on the internet. If we were to set up these [insect] bins all over our school or all over the community, it would tell us when they’re full. I, thankfully, have a couple of students — one who’s in ninth grade, I taught him actually as an elementary school student — and then I have another student who came into my engineering class at the beginning of the year who also wants to pursue a career in computer science. Both of them have been working with the Arduino device in order to tell us when these containers that we’ve made are full, and when the cap is off, because we don’t want the soldier flies climbing out at inappropriate times.”

Alex Yedida is the ninth grader who designed and built most of the technology used by the students. “The board I’m connecting the sensors to is called a ‘NodeMCU.’ It has an ESP8266 Wi-Fi system on it, enabling me to connect it to the internet easily,” he said. “To detect whether the waste bin is full, we use an ultrasonic sensor pointed down. This bounces a very high-pitched frequency off the bottom of the bin, and times how long it takes to return to the sensor. This information then can be multiplied or divided by specific values to get a distance in centimeters.

“To detect whether the lid to the bin is full or not, I’m using a light dependent resistor. When light shines into the resistor, the conductivity increases, thus outputting more voltage. The system takes the voltage reading and determines whether the lid is open or not. If it is, the NodeMcu will send a notification [to all the connected phones]. To send these notifications, I’m using a service called ‘Blynk,’ a website and app that allows you to interface the sensors with a phone application via Wi-Fi, making it easy to check this information on the fly. Lastly, if there is no Wi-Fi connection, there is also an LCD [liquid crystal display] screen built into the system, which will display the same information.”

Yedida did face certain challenges, but has worked through them. “When building this system, there were many issues that I didn’t expect to encounter, including issues with what pins on the board were usable, faulty sensors, power issues, etc. Eventually, everything was worked out, and all that is left to do is to permanently install the circuit onto the bioreactor. Currently, this system is on a breadboard, which is for prototyping circuits. However, in the future, this will be on a custom PCB [printed circuit board], which will reduce the size and increase the practicality of the system.”

Thus far, the students received a Galaxy phone and laptop from Samsung to produce a video for the national competition, and they should be on the receiving end of more technology as a result of their win. They also plan to put any funds received to good use. “We have plans to build a large greenhouse, much larger than the one we have, and to try to integrate food production and these other products like oil and protein production,” said Eastburn. “We’re trying to find ways of automating it, giving students — especially my English language learners — opportunities to see the real-world potential of a real-world integration of technology with everyday life.”

Previous: STOPit Solutions is on a Mission to Help Schools Keep Their Students Safe: Interview with Parkhill Mays
Next: Pandemic Pivot Pays Off for Newark-Based Speak2 Family 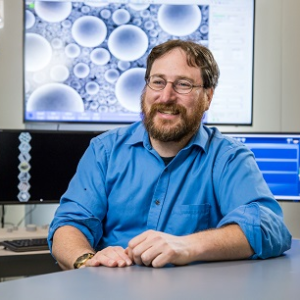