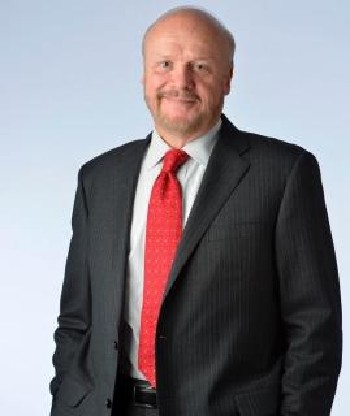 Rutgers University has allied with Benefunder, an organization that works with wealth management firms to connect donors with top researchers across the nation.

While Rutgers’ nearly $746 million in annual research and development expenditures places it among the nation’s top 30 universities, the institution faces a decline in overall federal funding for research, while New Jersey has also decreased its research-support budget.

Benefunder is a unique hybrid organization —  part foundation and part tech startup — that has created a funding channel for research and innovation, while providing philanthropists with a mechanism for finding a more meaningful way to give. Through Benefunder’s Charitable Innovation Fund, donors can contribute to research projects in all fields of study.

“We need to find other mechanisms for funding, in addition to federal grants, which have been under considerable headwinds because budgets are so tight,” said Christopher J. Molloy, Ph.D., senior vice president for research and economic development at Rutgers.

“I see this as a win-win for all sides involved and there is very little downside from our perspective,” he said, explaining that the costs to Rutgers will be minimal. “It’s a way to find new revenue streams for the research opportunities at Rutgers,” he added.

“As I understand it, there are many wealthy individuals around the world that are interested in supporting causes and research, and Benefunder helps them find the research within universities that they might want to fund,” Molloy told NJTechWeekly.com. The donors themselves can go to the website, look for research projects that might interest them, and donate the money, with “no strings attached.”

Rutgers signed the agreement with Benefunder about a month ago, said Molloy. However, the university has not yet listed any research on the Benefunder site. Many researchers at Rutgers have shown a keen interest in Benefunder, but the university is being strategic about which profiles it will put on the site. “We also have to put together materials, and videos as well.”

Molloy is seeking the involvement of the chancellors, deans and department chairs, “because I’d like to broaden this opportunity,” he said. “I don’t want to only highlight our best medical research scientists. Certainly there can be some of them. But I am also interested in opportunities for the arts and humanities and areas not normally funded, but might generate some public interest,” to be advertised on the site as well.

“I’m interested in being differentiated, asking ourselves what we can do so we can stand out on the site. …What are the things that we have that might be unique at Rutgers besides the 20th project in cancer research. I’m not saying that we wouldn’t put a cancer research project there, because we actually have a very strong research base in that area, but I want to know if there is something unique we can present from the Mason Gross School of the Arts … or if there is something interesting around some of the research we are doing about diversity or economic development in Newark.

“There isn’t really a major investment from the university, other than the work we put in internally to decide who goes up on the websites. The money flows into the Rutgers Foundation and to the investigator. It’s pretty straightforward. We will certainly be looking at the productivity. If it works well, we will engage more faculty to do this,” Molloy explained.

Other leading institutions, such as Syracuse University, University of California, San Diego and the International Computer Science Institute (Berkeley, Calif.), have also partnered with Benefunder.