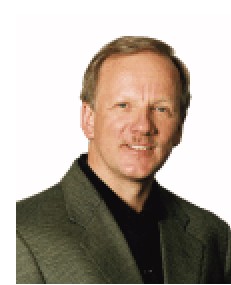 Magnolia said it had invented and patented significant new beamforming technology applicable to not only smartphones and tablets but small 3G/4G base stations and Wi-Fi access points during 2012 and 2013. It added that this provides the capacity and scalability to address significant growth in mobile data usage with no change to base stations or wireless standards. Magnolia plans to use the money to expand its patent portfolio and licensing efforts with wireless network operators across the globe.

SeedInvest: SeedInvest (New York), the equity-based crowdfunding platform, has raised $1 million in funding from a group led by Jumpstart NJ Angel Network (Mount Laurel) as well as several individual investors. The company will use the money to accelerate the platform’s growth and develop new features to assist companies seeking capital. More than 650 accredited investors are already on SeedInvest’s site, and more than 450 companies have applied to raise funds.

Besides working with Jumpstart, SeedInvest has many New Jersey connections. Ryan Feit, CEO, is a frequent speaker on investor panels here. The first company funded through the platform, in March 2013, was StearClear, a Wyckoff-based startup run by Sher, Ken Schwartz and Harjinder Sidhu, all experienced entrepreneure, who had raised a total of $1.1 million in funding in 2012. StearClear’s  Sher and Sidhu are also listed as advisers on SeedInvest’s website.

The StearClear round on SeedInvest came in at $140,000 and was completed in five days. According to SeedInvest, the round was oversubscribed by 40 percent. StearClear had structured its capital raise as a convertible note, originally looking to source $100,000 in 60 days. Since crowdfunding rules have not yet been promulgated by regulators, all the investors in that round were cleared as accredited. The company said it would be using the funds for continued software enhancements as well as working capital to expand its services and support franchises.

WebTeam: WebTeam (Somerset) has developed an autism diagnosis app called Autism N Developmental Disorder Screening (ANDDS). According to the developer, signs of autism can appear as early as when a baby is 6 months old. The app is designed to periodically evaluate a child’s development starting at 8 months and ending at 36 months by asking questions assigned for each age group.

“Chances are slim that developmentally delayed children will overcome their problems if left unattended. This is why it is important to understand that these kids need help as soon as possible,” said Sayantan Dutta, a member of the iLearnNEarn apps team, in a statement.

WebTeam’s app was developed with guidance from Michael Lewis, a university distinguished professor of pediatrics and psychiatry and director of the Institute for the Study of Child Development at Robert Wood Johnson Medical School – University of Medicine and Dentistry of New Jersey, the company said. WebTeam is a technology company and sister concern ofRangam Consultants, a full-service IT company that provides outsourcing, recruiting, application development and project management for Fortune 500 companies and local, state and federal government agencies.

Scoutfoto.com: Princeton-based Andrew Wong, whom NJTechWeekly.com met at various tech meetups throughout the state, has put his ScoutFoto app on Start Garden, the Michigan-based funding platform, and is looking for endorsements.

Start Garden aggregates endorsements, investing $5,000 in two ideas each week — one chosen by the crowd and the other by professionals. Each entity receiving the $5,000 has two months to do something with the money and report back to Start Garden. Wong said he chose to put ScoutFoto on Start Garden because he likes the company’s philosophy and low barrier of entry for startups. They invest very little in a bunch of companies, and as companies evolve they get more involved. “They have a large fund to back it up,” Wong said.

Scoutfoto is based on a simple idea: spectators and photographers who watch road races often take photos of the runners, many of whom they do not know. Scoutfoto uses facial and bib number (the number pinned on runners’ shirts) recognition software to match photos to runners.

Scoutfoto doesn’t take the photos; it compiles all the photos taken at races and matches them to runners. The runners can find their photos and use an online printer to print them out. The company plans to use funds received to further automate its processes.

Tap for Message: With the rise of smartphones and Near Field Communication (NFC) adoption, Tap for Message founders Kadeer and Ahmer Beg saw an opportunity to create a quick, easy way to attach personal greeting video messages to paper stickers, hangtags, gift cards and greeting cards, so they launched Tap for Message in the summer of 2013.

Users can record a personal greeting video on the spot using a smartphone or select a prerecorded video. For example, a funny birthday video can be attached to a gift for a kid, making it entertaining and perhaps memorable. Video greeting products can be customized for different occasions with optional selectable themes.

Tap for Message was a finalist for Best New Product at the 2013 National Stationery Show. The video greeting products can now be purchased on the company’s e-commerce store or Facebook page and are coming to retail and online stores in 2013.

YouGiveGoods: Yougivegoods.com (Mendham) is no longer only about setting up virtual food drives. This summer the company expanded into providing blankets, school supplies and personal items like toothpaste, which can’t be purchased with food stamps. It is also supporting drives for dog and cat food. Users can set up a virtual drive to distribute these items to those who need them.

“If you can’t afford enough food for you or your children, you probably can’t afford a lot of other things, too, like toothpaste or blankets or school supplies. If you have a pet cat or dog, you are likely to stop feeding them before you stop feeding yourself,” Patrick O’Neill, CEO, said.

The Associated Humane Societies (Newark) is currently running a campaign for cat and dog food as well as other supplies on Yougivegoods.com and has almost reached its goal. There are several drives for classroom supplies on the site as well.