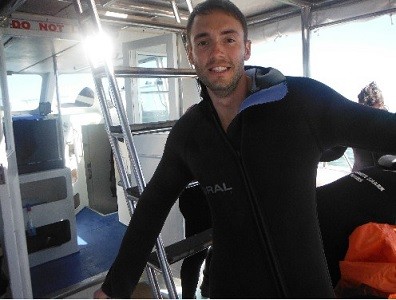 Tallwave describes itself as a “commercializor” and venture-development firm that builds value for startups and helps them grow rapidly while minimizing risk for entrepreneurs.

To advance through the startup competition, HOW will have to achieve certain milestones. Its founders, Clark Lagemann and David Goldstein, will be making trips to Tallwave’s headquarters in Phoenix, but home base should remain in Somerset, Lagemann told NJTechWeekly.com.

Lagemann said HOW had decided to apply to the competition because Tallwave “put together a fantastic group of partners from IBM to Phoenix Children’s Hospital to the Mayo Clinic,” all which are interested in using the technologies being developed.

Tallwave’s founders have commercialized many large businesses and have impressive backgrounds. Lagemann noted, “They’ve worked at GoDaddy, [at] Yahoo and are really influential people in the space …. We thought this might allow us access to some of the key players in the industry.”

He added, “Over the next six months we go through various stages of a competition, and the winning team or teams get access to a capital network as well as some commercialization opportunities.”

According to a statement, the Tallwave Commercialization Fund provides $450,000 in services and cash to select participants who advance through the six-month program. The entrepreneurs and their startups proceed through rigorous validation, acceleration and commercialization boot camps; move-the-needle competitions; and local, regional and national investor pitches in pass/fail scenarios.

Tallwave is paying all expenses related to the HOW founders’ flying to and staying in Arizona. It will also provide high-power partners and MBA interns to support the business. The MBA students will help with financial and competitive analysis and commercialization strategies. “It’s almost like having McKinsey consultants working for you,” Lagemann said.

“This really helps a small startup get more infrastructure rather quickly,” he added. Lagemann noted that though Tallwave helps commercialize startups, it also works with larger businesses with up to $3 million in revenue.

This is Tallwave’s first time creating a competition for healthcare, though the firm held two other competitions in the past two years.

While Lagemann believes HOW won’t be lured to Arizona any time soon, he did note that that state, and particularly the Scottsdale area, is developing a healthcare corridor and recruiting companies to move there through some excellent incentives.

Pervasive Group: Paul Grossinger, a cofounder of Pervasive Group (Clifton), has updated NJTechWeekly.com on what is happening at his startup,  which was part of the first TechLaunch cohort.

The company’s app MMGuardian Premium has been released, Grossinger said, and is available on the Android platform. The product, a more robust version of the original app, helps parents protect their mobile phone-using children through parental software for smartphones. The Premium version includes a Web portal for parents.

Pervasive Group is also expanding its business model to include enterprises. At the MobileCON 2013 show this past October, the company demonstrated the beta version of its product MMGuardian Enterprise Manager, which lets small businesses and medium-sized companies manage their employees’ phone use.

“We were nominated for a MobITS award at MobileCON. We didn’t win, but for us — with an ultranew product that was pre-rollout — to be recognized was really great,” Grossinger told us.

MMGuardian Enterprise Manager lets company officials manage the apps employees are using and determine whether users are texting while driving. It is similar to its product for children but is a more corporate approach. Text monitoring, for example, is not included in this version, nor do employers need to lock phones. The service also scales to more users, Grossinger said.

This kind of small-business product is new and not being offered by others, as far as Pervasive knows. The firm is arranging deals with individual employers at this time, Grossinger said, because companies have to speak directly with Pervasive to roll it out.

“We definitely think there is a market for this. Employers need to manage their employees’ phones, and that issue is only going to grow more acute over time,” he said.