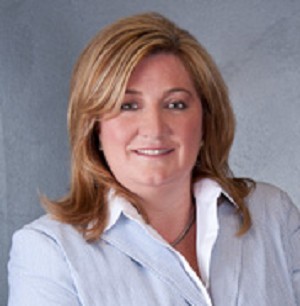 Videolicious: Videolicious, a Newark company whose app lets users easily create videos with their mobile phones, has raised $2.25 million from investors including the Washington Post Co., Amazon.com and the Knight Foundation, according to a TechCrunch article in early August. The round was led by Venture51 and Social Leverage and includes existing investors such as Joanne Wilson, Trestle Ventures and Quotidian Ventures, the article said. The company has raised more than $4 million to date.

I.Predictus: I.Predictus (Parsippany) has officially launched its predictive media-buying tool B.E.S.T. (which stands for buy, evaluate, sell and test). It said the tool translates big data to actionable insights for media spend efficiency without the need for “the cumbersome hardware used by traditional analytics tools.” The company, which completed the beta phase in July, is geared toward changing the direct-response television industry. Direct-response television asks consumers to respond directly to the company sponsoring the ad. An example of this is infomercials. The I.Predictus platform lets users evaluate marketing performance instantly and understand the creative effect on Web trends, customer acquisition type and call center performance.

In June the company announced it had raised $3.5 million through the sale of shares to five unnamed investors. The startup was founded in 2011 by CEO Monica Smith, previously an executive vice president and junior partner at Novus Marketing.

30 Second Showcase: 30 Second Showcase, the TechLaunch (Clifton) company whose tagline is “An introduction for every situation,” launched its first app in the Apple App Store in late August 2013. The app marries the traditional elevator pitch with images to generate a visual portfolio for creative work. Users can create custom microportfolios, or “showcases,” to highlight their creative skills. The app can be downloaded for iOS at http://www.get30ss.com or by searching “30SS” in the Apple App Store.

YouGiveGoods: YouGiveGoods (Mendham) had a busy summer. The company, which began by running online food drives in 2011, added other types of drives to its repertoire these past months. The results have been good for both YouGiveGoods and its clients. The company told NJTechWeekly.com that the Montclair Township Animal Shelter recently used its website and raised twice as much as it had hoped to.

YouGiveGoods has also been busy with gamification. The company tells its users, “If you are running a food drive contest, you can now run the whole thing on our site.” The system can track the food donated both online and the old-fashioned way through collection boxes, in addition to the money donated to the cause. YouGiveGoods can also host competitions for all the drives it now supports. So far those include drives for personal hygiene products, school supplies, animal shelter items and weekend food backpack supplies for kids who eat at school but don’t have enough to eat at home.

Scholastic Intervention Solutions: Scholastic Intervention Solutions (Stirling), a startup begun in 2010 to help schools serving children with autism, has released the latest version of its online tools and support services that help manage core aspects of a school district’s Applied Behavior Analysis program. This latest release reflects an evolution in enhancements to help schools meet the needs of more children in-district. CEO Greg Carr, a former communications cost control entrepreneur, is the father of a child with autism.

LiveU:iStreamPlanet (Las Vegas) and LiveU (Hackensack) are working together to offer online broadcasters a mobile, multiscreen, live video-streaming solution, the two companies said. The joint solution integrates LiveU’s cellular transmission backpacks and other devices with Aventus, iStreamPlanet’s soon-to-be-released, cloud-based, live video-workflow solution. The solution is expected to enable seamless multiscreen broadcasting from any venue or remote location without a satellite or fiber connection.

SeamBliSS: Another TechLaunch LaunchPad 1 company, SeamBLiSS, has expanded its team, onboarding an additional full-time engineer to continue product development. SeamBLiSS matches freelance designers and dressmakers to customers needing a special garment. The company has been recognized by Whitetruffle — a kind of matching service for tech talent — as one of New York’s hottest seed-funded startups.