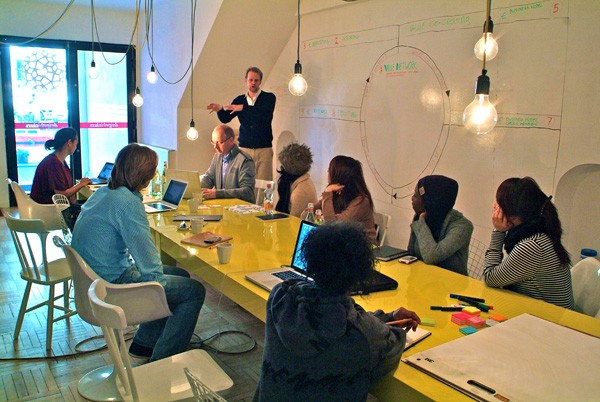 Huge tax incentives that were the hallmark of New Jersey’s last gubernatorial administration have certainly not disappeared – as evidenced by the $5 billion that’s been offered to Amazon to lure the mega-retailer to Newark. But now state officials are considering another approach to economic development, nurturing startup companies at the other end of the business lifecycle.

Legislation that would create a new program to provide support for startups, business incubators, and accelerators was approved unanimously yesterday by the Senate Economic Growth Committee.

The program would be administered through the state Economic Development Authority, and it would be used to provide grants to both startups and incubators and accelerators that work with these companies, providing physical spaces and other business-support services, as they try to become successful. The bill would also seek to encourage more public-private partnerships between incubators and accelerators and research universities to help more companies take root in New Jersey, with the hope they could grow to become the next Amazon.

The concept behind the legislation echoes research released last summer by global consulting firm McKinsey and Co. that determined New Jersey could get more bang for its buck from economic-development programs by doing more to help startup businesses instead of providing incentives primarily to larger, more-established companies. It also synchs up with the new vision for the state economy that Gov. Phil Murphy laid out during last year’s gubernatorial campaign, as he emphasized the need to foster more growth in the technology and startup sectors.

To read the rest of this article visit: http://www.njspotlight.com/stories/18/02/22/startups-incubators-accelerators-thinking-big-about-small-business/