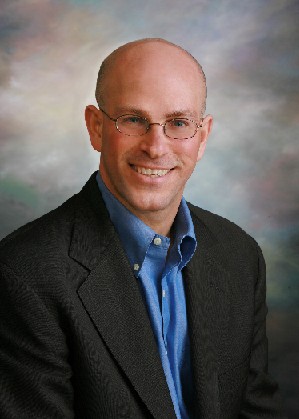 The cloud-based telecom company has been around since 2007 and has enjoyed year-over-year revenue increases since its inception. It expects to continue this growth in 2013. Revenue last year approximated $6 million.

Now the Livingston-based company is pulling up stakes and moving to Newark, to be housed at the NJIT Enterprise Development Center (EDC), one of the state’s business incubators.

NJTechWeekly.com interviewed Ari Rabban, CEO and founder of Phone.com, about his news and to learn a bit more about the company, which offers business telephone systems to mom-and-pop enterprises at a fraction of the cost of traditional business systems.

The key, said Rabban, is innovative technology that separates the phone number from the phone. This allows calls to operate independently of the phone system. The company’s products address an underserved market, the small business with between one and 10 employees and under 20 “seats.”

Rabban believes his company, one of the few targeting this segment, offers the most robust and easy-to-use solution, but he says it is “not taking business from the small players.” Instead, Phone.com’s business comes from small enterprises fed up with the inflexibility of companies like Verizon and Time Warner, which offer “two lines that can’t talk to one another.”

Said Rabban, “With our system, the number has nothing to do with your phone. You get a phone number; you own it and you control it. You can do whatever you want with it. You can make it ring on your cellphone or your home phone. If you want to change cellphones, home phones or office phones, it will still work. It’s just separated.”

Phone.com’s eventual success in securing financing, Rabban implied, is a tribute to the power of networking and becoming involved in the state’s industry organizations, along with having a great product with excellent prospects for growth.

He explained that his relationship with ff Venture Capital’s John Frankel — who is associated with some big viral names like Klout and 500px — began back in 2009, when the early-stage VC had become interested in the Phone.com technology and acted “almost like a mentor” to the company.

Frankel told NJTechWeekly.com, “Phone.com is how phone companies should be. It is a modern phone company that listens [to] and provides consumers the flexibility they want: easily configurable, so that consumers can choose from an online screen which phone number rings which phone when. … We invested because of the management team, their vision and the high consumer interest in moving to cloud-based services.”

Through his industry involvement, Rabban met Michael Wiley and Kathleen Coviello of the EDA, who helped with the state’s contribution to the financing. He has been a member of the New Jersey Tech Council (NJTC) “as an individual for a long time, and when we started Phone.com and we gained some traction as a company, we became a member company.” After that, Phone.com applied for and won the 2010 Communications Company of the Year award. Rabban joined the NJTC board in 2012. The firm has won many other awards and was recently on NJBIZ’s list of 50-fastest growing NJ companies.

Phone.com will put its new financing to use for customer acquisitions and online marketing, Rabban told NJTechWeekly.com. “For us the model is clear: for so many dollars put into online marketing, we will acquire so many customers.” That marketing won’t be without its trial and error period, however, he noted.

The financing will also be used for tech development efforts, whose results Rabban will be announcing in the near future.

As part of taking money from the state, Phone.com will have to create jobs. “We were planning to hire anyway,” Rabban told us. The company is looking for people in tech development, sales and marketing and has already filled two slots.

Rabban is effusive about the help he has received from Jerry Creighton, executive director of the EDC, and Judith Sheft, associate vice president of technology development at NJIT, while making the transition to the EDC. “The space is great, but the fact that it is near a tech center — both the university and a tech hub — means that we will be able to use” those resources for future expansion plans. The company hopes to build strong ties to the tech community and have closer contact with NJIT students and graduates.

Prior to developing Phone.com, Rabban had been in the Voice over Internet Protocol (VoIP) space for a long time. He came to the U.S. from Israel for an MBA at Carnegie Mellon University (Pittsburgh) and then was recruited by AT&T, which became Lucent. At Lucent, he met the CEO of a company that Alon Cohen had founded. That CEO introduced Rabban to Cohen, a pioneer in the VoIP business who had founded several companies himself. (For more on Alon Cohen, see our coverage here.)  Rabban was vice president for corporate development at VocalTec Communications for several years.

For a long time Cohen was a friend of and consultant to Rabban, but he joined Phone.com as CTO several months after Phone.com was formally established. His technology knowhow is key to bringing about major innovations at the firm, said Rabban.

An element that has spurred the startup’s success is managing to snag the domain name Phone.com, but obtaining that name was complicated. A company that buys and sells good, solid domain names held the Phone.com name and approached Cohen. After meeting with representatives of the major shareholder, Rabban discovered that that shareholder, serial entrepreneur Michael Mann, wanted to help develop the domain. With his help, Rabban was able to create the company.

For a while, the domain name, coupled with Rabban’s idea to bring the power of VoIP to small-market players, was the main asset.

Very soon thereafter, Rabban came across TierraNet, a San Diego hosting center that processed credit cards. It had a founder who liked VoIP, he recalled. “That’s how we got started — through some money, but mainly services through them, friends’ and family money and support” from Mann.

Bringing Phone.com to the present, the startup just finished a major upgrade to its site that makes it easier for companies to sign up without providing a credit card number. They can set up extensions and have minutes to play with during a 30-day trial period. The site is also easier to navigate.

For existing users, the entire control panel dashboard has been upgraded. They can see statistics of who called and when. They can view charts and add greetings, said Rabban. One of the hallmarks of Phone.com has been its 24/7 customer service, which has gotten high marks from users, but, notes Rabban, “The site is for anyone to use. It’s absolutely not for developers or programmers. Anyone who uses a computer can set up their business phone system.”

A major supporter of the tech ecosystem in N.J., Rabban said that from his earliest days in VoIP he has been involved in incubating telecom companies. That was back when there was a lot of good telecom talent coming from Lucent and AT&T, he noted. Following the decline of many of its strong telecom companies, the state is now coming back and experiencing a renaissance, he feels.

Phone.com has become a great supporter of tech accelerators such as TechLaunch (Montclair), tech meetup communities and universities. For example, the company has been offering NJ Tech Meetup members free phone services for a year and has supported many app/tech/developer conferences throughout the state.

“We have a lot of ingredients here to push N.J. as a startup state. Just the fact that this idea is on everyone’s mind, including [that of] the state itself,” creates momentum, said Rabban, adding that he had had a conversation about this with Lt. Gov. Kim Guadagno a couple of weeks ago. Of course, he noted, the state remains focused on Sandy recovery, but it is also promoting the development of small business and supporting the tech startup industry.