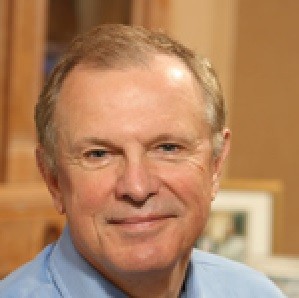 Democratic State Senator Ray Lesniak (Union) has agreed to sign on as a prime cosponsor on the crowdfunding legislation proposed by Republican State Senator Joe Kyrillos (Monmouth) on Sept. 25. The legislation as proposed, which we covered here, will allow unaccredited New Jersey residents to invest in New Jersey-based businesses.

Several other states, including Georgia, North Carolina, Kansas and Wisconsin, have passed this type of legislation as the country awaits the SEC’s full implementation of the Jumpstart Our Business Startups Act (JOBS).

Kyrillos said the legislation will help generate much-needed capital for entrepreneurs. “The crowdfunding aspect should have been implemented some 273 days ago,” he added. Kyrillos and Lesniak recently worked together as sponsors of the Economic Opportunity Act of 2013, which was signed into law by Gov. Christie.

The intrastate crowdfunding legislation will allow New Jersey-based entrepreneurs to seek up to $1 million in private investment, in increments of up to $5,000, from unaccredited investors residing in New Jersey. The bill permits Internet solicitations. It will be administered by the New Jersey Bureau of Securities.

An article in NJ.com points out that the bill will not require the use of a broker or an Internet portal as a middleman, as the JOBS Act requires. It also indirectly questioned the use of the New Jersey Bureau of Securities to administer the law, especially since that organization is often inundated by complaints from qualified investors about possible scams. The article noted that the bureau received almost 1,000 complaints in the last three years and acted on 181 of them.

An editorial in the Star Ledger reacted very negatively to the bill, which it said “marries neophyte businessmen and novice investors. That’s a formula for trouble.” The Star-Ledger also said it is based on Federal law that’s already flawed—“dismantling regulations that worked well for 80 years.”

Many members of the New Jersey tech community and even the venture capital community see significant merit in democratizing investing and are looking forward to the implementation of the crowdfunding portion of the act.

However, various commenters say if New Jersey wants to get in on this before the JOBS Act Title III crowdfunding rules are finalized, it must do so soon. Final rules are expected toward the end of 2014, although the date these rules would be published and Title III put into effect has been pushed off repeatedly.