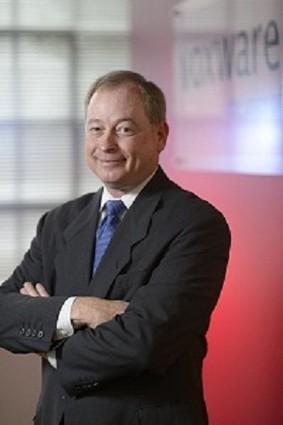 Voxware CEO Keith Phillips led the company through this latest round of financing. | Courtesy Voxware

Radnor-based Cross Atlantic Capital Partners and individual investors James Alexandre and W. A. Hitschler have led a Series 1 round of financing in Hamilton NJ-based Voxware, the company said last week. The amount was not disclosed.

This is not the first trip to the dance for the supplier of software for voice-driven warehousing operations, which was founded in 1994 by Ken Traub. It did an IPO in 1996, raising $20 million, but perhaps scaled up too quickly and then saw revenue dip from $23.4 million in FY 2008 to $12.6 million in FY 2010. So in 2010, Cross Atlantic, already a major shareholder at the time, made a further investment in Voxware in conjunction with a going-private transaction.

Current numbers are hard to come by, but “this round of funding is a testament to the success that Voxware has experienced since introducing our cloud-based voice solution to the market nearly 24 months ago,” said Keith Phillips, President and CEO of Voxware in a statement.

Voxware’s LinkedIn page shows 64 employees, a rough though not always accurate proxy
for total employment. Voxware’s voice picking software can optimize warehouse pick and pack operations, and is used for voice directed picking in many industries. It should be an attractive market given the amount of huge warehouses being built.