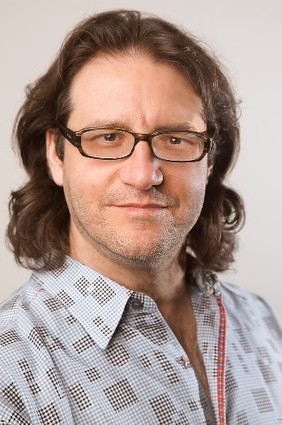 It’s no use for government to throw money at entrepreneurs to have them come and settle in a place to create a technology hub, Brad Feld told an audience at the New Jersey Tech Meetup in Hoboken in April.

Feld, author of Startup Communities: Building an Entrepreneurial Ecosystem in Your City,was speaking to 150 entrepreneurs and tech developers who had gathered on the beautiful Hoboken campus of Stevens Institute of Technology to participate in a monthly meeting of the New Jersey Tech Meetup.

The group, with 3000 members, is the largest technology community in the state.

Startup community leaders also have to “take a generational view,” he told the group. “It takes a long time to create a company. For those of you who think a company is going to be successful in two or three years, it’s a nice fantasy.”

It normally takes 20 years to build a successful business, he said, and entrepreneurs may work on a business for five years that won’t be successful, but their next business will be. “The startup community has to transcend the startup cycle,” he said.

Startup communities need to be “inclusive,” he noted, meaning that anyone who wants to come to a meeting can come. By the time an entrepreneur has been to a meeting 6 or 7 times they are part of a gang, he said, but then they must then reach out to first timers and include them in the gang.

Also, he warned, don’t be upset when entrepreneurs move away from your community. Each time someone moves, “you are building connectivity with others in other startup communities…building necessary connective tissue.”

Conventional wisdom says that tech hubs need a great research university to have a tech startup ecosystem. Or that government has something to do with creating a community, he said. But it’s really not true, he continued.

He added that when you look at most startup hubs, they are a collection of communities. For example, within Boston and Cambridge there are six distinct startup neighborhoods. The neighborhoods have to develop and startups have to cluster near each other, he said. Then the neighborhoods link together. “It happens organically,” he said. He advised startup entrepreneurs to go to events in other neighborhoods to create the connective tissue to develop the ecosystem.

One of the hardest things for entrepreneurs to do is to “give before they get.” Entrepreneurs who want to bring about an ecosystem need to put energy into the community without an expectation of what they might get back. Don’t describe the relationship as a transaction, he said. Mentors also have to give freely of their time and expertise, he said, without thinking about payback. If a company takes off, chances are they will remember their trusted advisor.

Another aspect of successful tech hubs is that they must have many events to engage their members. “In the book I talk about 20 different activities,” that enhance startup communities, he said. Anyone could and should take the initiative to organize new activities. And if a meeting isn’t attracting members, then it should die.

“It doesn’t have to be that you are just giving and not getting anything,” he said.

Getting back to the idea that government shouldn’t be involved in tech communities, Feld said, government is “historically a terrible allocator of capital directly to startups. What it should be doing is trying to create a framework that uses the ecosystem available to it to help entrepreneurs nurture each other.”

He said Hoboken was a good example of a government doing that. The council had voted to give a building for the local startup community to manage. “Local government often has extra unused space and entrepreneurs often need new space. Then if you get entrepreneurs in one place and there is coffee nearby they will hang out longer.”

Feld also advocated a simple angel tax credit. Government should simply give a dollar for dollar angel tax credit for investors on the downside. “If I invest $25K in your company and five years later your company fails, I can take $25K as a credit, not as a deduction but as a credit against the state tax.” Governments don’t like to do that, however, he said, because people object to rich people getting away with something.

In response to a question about the toll the startup life takes on entrepreneurs, Feld said, “I wish every CEO would take a week off the grid each quarter. If you can’t, take a four day weekend off the grid, or some chunk of time. Every entrepreneur I know works at their capacity. As humans we are not geared to work that way for long periods of time. If you work at too high an RPM [revolutions per minute] for too long you burn out.” Give yourself a chance to reset, he advised.

Feld said he personally observes a “digital Sabbath,” which involves turning off all devices for 24 hours. He finds it liberating.

Answering another question about how big tech companies can encourage startups, Feld said, that large companies should “infect them with their stuff,” letting tech startups use their infrastructure and even tell budding entrepreneurs that they can work on their own projects while still employed at the larger firm. This helps with retention because the best and the brightest don’t think they need to quit their jobs quite so soon.

Also, large companies should have a policy that welcomes failed entrepreneurs back into the fold, he said.

Previous: NASDAQ Keynoter Discusses Future of FinTech at NJTC Conference
Next: If You Care About User Engagement You Should Care About Gamification, NJTC Members Told*