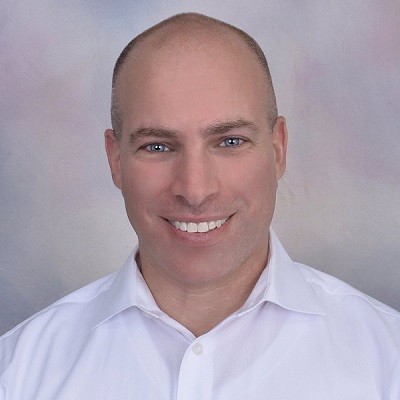 “Networking” is a word that I once had an adversarial relationship with. It should have been created as a four-letter word, as far as I was concerned. I thought that networking (and its close cousin, “sales”) was meant for outgoing people, and not something that would be important to me when I started out in my career at a CPA firm in northern New Jersey in the early ’90s. Perhaps, at times, you’ve thought as I once did.

There were a few opportunities to go to networking events, and I dreaded them, anyway. Only wanting to go if other friends at the firm were attending, I would often keep my interactions to the people I knew. I had no problem making friends and being outgoing. I just thought that the process of networking and sales was disingenuous, and that to begin an interaction with what I saw was a self-serving motive was unappealing.

Although I realized that becoming a partner at a CPA firm was significantly tied to networking with new people, as a rookie accountant I didn’t think that was a path I wanted to pursue. From my years of schooling, I assumed that hard work and preparation were the keys to success. I didn’t think that continuously making business connections had to be a part of that. I mistakenly thought that my career would evolve based solely on performance.

Over the years, I learned how wrong that way of thinking is. The most successful people I knew were those who continually expanded their network, who saw sales as a natural extension of making friends. Eventually, I came to embrace networking as a critical skill. And I think you can, too.

Within a few years after joining the CPA firm, the Internet bubble that would burst in 2000 was beginning to heat up, and I jumped into a career focused on startups, first in accounting and finance roles and eventually expanding into operations and strategy for technology and media startups. Working in New York City, if you didn’t take advantage of the opportunity to expand your network — both in business and socially — you were doomed to be left behind. What eventually made it easier was the appearance of Meetup.com on the scene. It’s a tool that is even more relevant today.

Eventually, my career took me back to New Jersey, where the opportunities to network and find events were not as plentiful. But with the help of Meetup.com, I found a great tech and entrepreneurial community: Aaron Price’s NJ Tech Meetup. Wanting to stay closer to my town, I helped to start what eventually became the Morris Tech Meetup, along with some great people: John Carini, Pavita Howe and Elizabeth Gearhart. I went from hating to reach out to anybody new to co-organizing a local community group. And, in the process, I made good friends with leaders of other great New Jersey-based meetups, like NJ Tech, Princeton Tech, Brick City Tech and Montclair Entrepreneurs.

Here is what I learned in the course of my evolution.

Networking is a critical lifelong business skill.  It’s for anyone and everyone who wants to progress higher in their career. It is not just for people running a business, or for startups or tech companies. While it is one of the most important skills for an entrepreneur to learn, it’s also important for anybody who hopes to keep getting better at what they do, because expanding one’s professional network is an important component. While networking clearly makes sense for a tech-company founder who needs to find partners, investors, and tech help, it also works for doctors, artists and teachers. The people that I’m closest to who have careers in education, for example, have far surpassed their peers, gaining better positions, opportunities and paths to a lucrative retirement that still elude many of their fellow educators — because they have embraced networking.

Networking is just making friends. If you look at networking events as an opportunity to meet new, interesting people, instead of as a pressure-filled sales cooker, you will have a better mindset for making the most of the event. In school, sometimes it was hard to expand our network of friends by putting ourselves out there and risking rejection. But as we get older, we learn that most people we meet are in the same situation, and that we can all benefit from letting our guard down and getting to know them. And as many of us may have a business agenda that we carry with us when approaching someone, the lack of a personal connection will not get you far. Unless you have something that everyone wants — like money and influence, as investors do — people are more inclined to do business with people they like.

Networking is NOT a one-time event. Popping into an event once in the hope of making a business connection will almost certainly not bear fruit. The same goes for hoping to make a sale or find a date. Networking is not unlike dating. Both involve a process of being friendly and open and hoping that a relationship — whether business or personal — turns into something greater.

Many people who disregard the power of networking expect too much from each individual encounter, and don’t put any weight on the process itself. It needs to be a continuous and repetitive process. You won’t likely walk into a networking event and come away with a sale — if you do, you have beaten the odds. But going to, for instance, a monthly group on a regular basis, catching up with other attendees and meeting a few new people each time, and sustaining your presence in a community will eventually bear fruit. Hopefully, you will find a business partner, an investor or a connection to somebody else who might be helpful or knowledgeable enough to support you in your endeavors. But, at the very least, if you continue to network with a regularly scheduled group, you will very likely meet some very cool people who are worth knowing.

Networking means being a listener. For those that are ready to be personable, approachable, friendly and genuinely interested in learning, you will find success. Are you interested in learning about what other people do, want, need? Learning what they dream about and are frustrated about? What scares them, excites them? Learn that. BE A LISTENER. Be genuine. Be confident (nobody is judging you). Don’t try hard to be interesting to others; instead, be interested in them. If you get people to open up to you, you will have made a legitimate connection. But it starts with being a listener.

For more tips, check out Jack Killion’s incredibly insightful LinkedIn Post here: http://bit.ly/2mucFyG. Interestingly, it was through the relationships that I made through networking and the tech meetup community that I met Jack, who is one of the nation’s foremost experts on networking and entrepreneurship.

Do you have similar experiences with networking? I’d love to hear your thoughts.

[Marc Baskin has spent a majority of his career in start-ups and high growth technology and media companies leading from the finance, strategy, operations and administrative roles. Prior to jumping into startups during the first Internet bubble in 1999, Marc started out his career as a CPA and then worked as an Investment Analyst for Prudential Real Estate Investors.

Marc is currently CEO/Founder of Digikist, consulting with small to mid-size companies on finance, accounting, operations and growth strategy. Prior to Digikist, he was a founder and CFO of inControl Ads, an advertising technology startup. In the New Jersey entrepreneurial community, Marc is founder and co-organizer of the Morris Tech Meetup and is a mentor to both the entreprenYours and TechLaunch accelerator programs. He recently received a provisional patent for a method of using Augmented Reality to animate instruction sets through a mobile platform. Marc also is an adjunct Professor with Montclair State University’s Center for Entrepreneurship.]

230 More posts in Opinion category
Recommended for you