Home » News » Will New Jersey Get its Own Crowdfunding Act? Kyrillos To Introduce Legislation 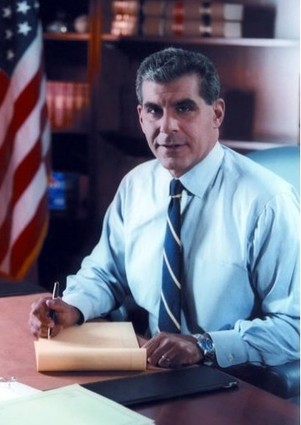 Joe Kyrillos is introducing a bill Monday that will permit NJ residents to invest in NJ startups. | Kyrillos website

Senator Joe Kyrillos (R-Monmouth) is introducing legislation Monday that will allow New Jersey residents to invest in New Jersey-based businesses, in response to the delay of full implementation of the Jumpstart Our Business Startups Act (JOBS Act), enacted in April 2012, the Senator said in a statement.

Title II of the JOBS Act which allows startup companies to raise investment funding publicly using sites like Facebook and Twitter came into fruition on Sept. 23, 2013. Prior to this, early stage companies like tech startups couldn’t advertise. However, only accredited investors are allowed to participate in Title II.

The crowdfunding portion of the jobs act known as Title III, which will allow unaccredited investors to participate in the funding process, has been tied up at the SEC as regulators debate how it should be implemented. The rules may not be issued until late 2014, according to some sources.

“At a time when conventional sources of financing are scarce, this legislation will help New Jersey’s innovators seek private capital from the investing public to develop their products or services right here in our state,” Kyrillos said. “It will clear the way for responsible, private investment to jump start small businesses and increase job opportunities.”

Senator Kyrillos’ bill will allow New Jersey-based entrepreneurs to seek up to $1 million in private investment in increments of up to $5,000 from unaccredited investors residing in New Jersey. Other states such as Georgia, North Carolina, Kansas and Wisconsin have already taken action on similar measures while awaiting full implementation of the JOBS Act.

Daryl Bryant, an entrepreneur who started the crowdfunding portal StartupValley (Saddle Brook) said, “It’s great to see New Jersey taking an active role in introducing this extremely important resolution for our great state.  Having an intrastate crowdfunding bill will allow StartupValley to further support the NJ startup community and allow us to move into the equity crowdfunding space for unaccredited investors sooner than anticipated.”

“This will allow capital formation to begin much sooner in New Jersey than presently expected on the federal level under Title III.  This will have a tremendous impact in growing the NJ economy by bringing in great companies that are looking for funding – this will ultimately foster job creation within our state,” he said.

According to his legislative assistant, the Senator is seeking Democratic co-sponsors to help with this effort. The first time the Democratic Senators will be able to read the bill will be Monday after it is introduced, he indicated. The senator is hopeful that a Democratic Senator will back the bill.

“This legislation will loosen paternalistic government regulations that have precluded small investors and businesses from opportunities only availed to a select few on Wall Street,” concluded Kyrillos.

“Eliminating these antiquated roadblocks to ingenuity and economic revitalization principally driven by our state’s small businesses would have a profoundly positive impact on our state’s economic well-being.”

Jay Trien, president of the Venture Association of New Jersey and partner in the accounting firm of Raich Ende Malter (Florham Park) said, I think this proposed legislation is terrific for New Jersey. What he [Kyrillos] is recognizing the fact that accreditation of investors is a Nanny State kind of thing. People who know absolutely nothing about tech or early stage companies but who qualify as an accredited investor because they are a doctor or dentist can invest but a young person who may really understand the business and wants to have a chance to make money can’t. I believe in the democratization of capitalism. It just shouldn’t be the rich guys who can take a shot at success.”

Also reacting to this news, Katherine Kish, executive director of Einsteins Alley (Princeton) and President of Market Entry said, “It sounds like this bill would give New Jersey a more desirable investment and business climate by not waiting for JOBS to kick in. The critical factor for new enterprises, especially technology companies, is having ready access to funds.  This could open up a new whole new pool of capital which would be very positive.”
However, she cautioned, “As in any new initiative we must look for unintended consequences and have some protection for people who should not be putting their capital at risk.”
[This story was updated 9/25 at 4PM to reflect additional comments.]