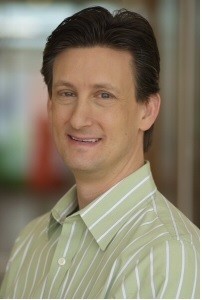 He started his discussion by explaining his background and connection to VANJ. Beyda, a former software technology consultant and serial entrepreneur who founded Real Media and several other startups, remembered pitching yet another tech startup to the VANJ in 2001. “It was a great idea, [but it was] bad timing, and it didn’t end up getting funded,” he recalled.

After Real Media was acquired in 2001, Beyda went into online advertising as CTO of Tacoda, an early behavioral-targeting ad network. Following AOL’s acquisition of Tacoda in 2007, he founded Genacast. Beyda noted that he is also personally invested in the fund.

Genacast’s goal is to fund early-stage northeast U.S. business-facing Internet technology companies with up to a million dollars, in four to six deals a year.

“Even though we are partnered with Comcast and Comcast Ventures, companies we invest in don’t have to have anything to do with Comcast or NBC Universal,” Beyda said. “However, we do work with those guys and can open those doors and make those intros,” he noted.

Beyda’s talk was entitled “Eight Keys to Yes: The Eight Questions You Need to Answer to Get Him to Write a Check.”

“More important than getting me to answer yes, it’s important to answer these questions to get your families, your significant others, to answer yes as well,” he told the young entrepreneurs in attendance.

“When I make an investment, … it’s just money. But you are investing a lot more: you are investing your time and … making a commitment to the business. First and foremost, you should be able to convince your friends and family that this is an awesome idea.”

Beyda’s eight “keys” are quite detailed. Getting his money is no simple journey:

1716 More posts in News category
Recommended for you

Treasury Secretary Mnuchin expects to have the small business 'forgivable' loans program running this week and "bridge checks" to many families deposited within 3 weeks. https://www.bloomberg.com/news/articles/2020-03-29/mnuchin-says-small-business-loans-to-be-up-and-running-this-week?sref=7pVoVVBZ via @business

For Nj Entrepreneurs - we have a guarantee program for your current investors to help support you quickly. https://twitter.com/NewJerseyEDA/status/1243202194331111425