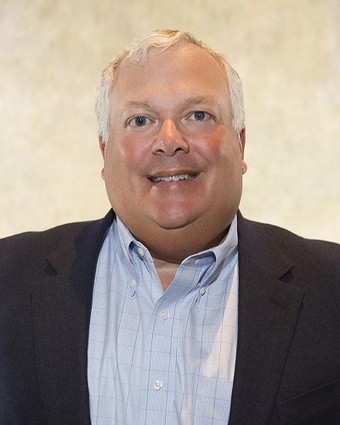 Soon after it was approved for $12 million in Grow NJ assistance by the board of the New Jersey Economic Development Authority (EDA), payment-management company Billtrust (Hamilton) announced that it would be moving to Lawrenceville. The $12 million, in the form of tax credits, will be parceled out in $1.2 million increments over a 10-year period.

The company will move into a new 88,759-square-foot headquarters next spring, the company said. “We determined Lawrenceville as a good location for our new headquarters as it is close to both Philadelphia and New York City. It also has a strong university presence for top talent with Rider, TCNJ, Rutgers, and Princeton all located nearby,” said CFO Ed Jordan in an emailed response. Also, current employees won’t be dislocated by the move, which is about five miles away from the current headquarters.

“The availability of highly educated, skilled technology professionals in New Jersey has been a tremendous asset to our ability to create a corporate culture that fosters creativity and collaboration,” said Billtrust founder and CEO Flint A. Lane. “Support from Grow NJ will help us to expand our presence here in New Jersey and further leverage the local talent pool as we grow.”

Founded in 2001, Billtrust provides automated invoice-to-cash solutions for the business-to-business market via a proprietary end-to-end cloud-based solution. The company has been growing here in New Jersey, with some 228 employees already in the state out of a total staff of 400.

“As businesses are looking to improve operational efficiency throughout the invoice-to-cash process, the growth of payment cycle management, and specifically payment solutions, is an area of business that is fueling our growth as a company,” Jordan noted.

Billtrust plans to hire software developers and other technology experts as it recruits for the 200 additional jobs, he added.

The company had been considering a move to Warminster, Pa., said a release from the EDA. According to the Philadelphia Business Journal, “As part of the decision, Billtrust said it will retain 228 employees currently working at two leased facilities in Hamilton Township, N.J. and consolidate its other staff at the new headquarters. A summary of the project and approved application says its lease agreements expire June 30, 2018 – and without the Grow NJ award, it would be too expensive to remain in the state compared with a move to Warminster.”

The Business Journal article continued, “The company expects to invest more than $7.3 million to establish its New Jersey headquarters, well above the $3 million minimum requirement to be eligible for the tax credits, according to a Billtrust announcement. The software company said it expects the project will have a ‘net benefit to the State of $40 million’ over a 20-year period.”

In other news, last week KeyBank (Cleveland, Ohio) announced that it had made a strategic investment in Billtrust, though it did not disclose the amount. “KeyBank recognizes that investments in fintech are an integral source of innovation that drives better client experiences,” said Lane in a release.

“We are excited to have KeyBank as both an investor and partner. The collaboration to launch the KeyTotal AR [accounts receivable] platform will empower accounts receivable teams and finance professionals to increase efficiency, reduce AR costs and spend more time on strategic initiatives.”

In May, Billtrust said that Riverwood Capital (Menlo Park, Calif., and New York), a private equity firm, had invested $50 million. In a release, the company noted that it planned to use the investment to strategically grow into adjacent markets, continue to innovate on the products and services available in its Quantum Payment Cycle Management solution and expand its global footprint.