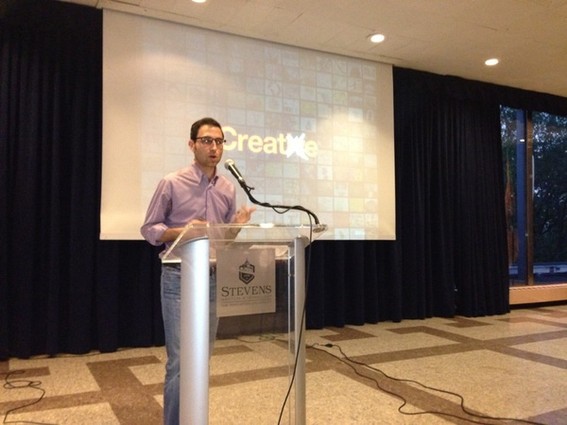 At the NJ Tech Meetup May 15, 2013, held on the campus of Stevens Institute of Technology in Hoboken, Scott Belsky reflected on his years as a startup entrepreneur. Belsky is CEO and cofounder, with Matias Corea, of Behance, a New York-based online platform that discovers and showcases creative work.

The NJ Tech Meetup is the largest tech community of its kind in New Jersey, with almost 3,000 members. Each month the meetup brings informed and inspirational speakers to Hoboken to help entrepreneurs, developers and other attendees “spark ideas.”

Behance was bootstrapped for its first five years, then raised $6.5 million in a round led by Union Square Ventures  (New York). The company was acquired by Adobe in 2012 for a rumored $150 million in cash and stock. Belsky remains head of Behance and is also Adobe’s vice president of community.

His advice and reflections:

Previous: Audible's Katz Favors a Venture-Centric Approach to Making Newark a Tech Hub: NJBIZ
Next: The Speaker Who Actually Wrote the Book on VC Financing Rules