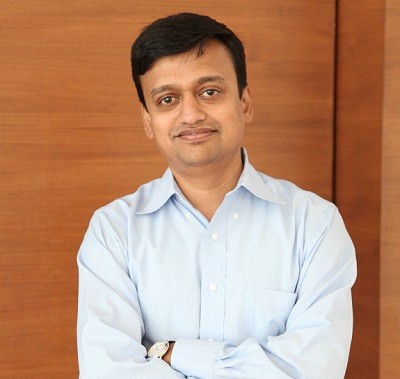 NetElixir, a Princeton-based search marketing agency that focusses on e-commerce digital search, has plans to expand its brand and footprint nationally.

“Overall, our company has been doing quite a bit. We’ve been lucky to have some great team members who have driven our growth; 2017 has been a great year for us,” founder and CEO Udayan Bose told us in an interview.

Several years ago, the company began to accelerate its sales with a UPS partnership that extended search marketing to UPS customers. The program went so well that “this year we started adding focused district managers.”

The company was able to identify the areas in the U.S. where most of their sales were coming from, and where the most of the e-commerce activity was happening. Then it performed a “pilot in the North Atlantic region, which includes New York, hiring a North American focused manager in an effort to reach deeper and develop relationships with small to mid-size businesses in the specific regions. That really helped us quite substantially.

“We’ve identified four districts of focus, including large cities: Chicago, New York, Los Angeles and Philadelphia. Each one of these will be led by a focused district manager. That’s because there is a great amount of potential opportunity here.”

The company is also expanding to St. Louis, where it will set up a Digital Center of Excellence, with an employee who will work locally.

“We are also betting big that there is a tremendous need for a world-class search marketing solution in the tier-two and tier-three cities in the U.S,” Bose said. NetElixir will be serving local companies that “have probably not had a chance to partner with a digital marketing company.”

This pilot is starting in St. Louis in January 2018. “If this succeeds, we plan to expand this to 10 to 12 tier-two cities in the U.S. We may be the first digital marketing company to really offer a solution for smaller businesses in local cities.”

In conjunction with this move, NetElixir has introduced LXRGuide, a search engine marketing tool for companies that spend under $10,000 per month in search engine marketing. “For them to hire an ad company and pay them another $2000 per month is too expensive,” said Bose. Also, most of these companies are not able to develop very complex campaigns, he added. The tool can change this.

LXRGuide takes the API directly from Google and, combined with machine learning algorithms, lets the business users “act as though they had an in-house expert that tells them what changes to make in the Google campaign.” The users can directly implement the changes, without going through Google.

“This is something we are very excited about. Agencies really struggle to have a solution that can be affordable for local business and tier-two companies, and now we have one.”

The local expert in St. Louis, and other in tier-two cities, will be able to introduce these tools to customers, and will have a dashboard that he or she can use to monitor what is happening. If the expert can’t solve any customer problems that come up, he or she can refer the problems to the NetElixir team in Princeton.

NetElixir now focusses almost entirely on the retail sector, Bose said, and the company has been split into three business units. One will focus on the middle market, an area of core competence and that is run by Tulika Bose, Udayan’s wife and partner in the business. Udayan is concentrating his efforts on the technology segment, which will focus on developing tools such as the LXRGuide, the company’s AI-linked search marketing dashboard. And the third segment will focus on enterprise customers, serving more as a consulting firm to large companies. NetElixir is currently seeking a vice president to run this segment.

The company has about 35 full-time employees in Princeton, and Bose believes that it will double in size in the next 18 months. NetElixir has already hired a project manager to deal with the rollout of the LXRGuide dashboard and Centers of Excellence in tier-two cities. “We are also looking for people on the client-servicing side,” Bose said.

Previous: Sorin Tells EDC Venture Summit the Times are Ripe for Massive Economic Disruption
Next: How Much did Hacker who Tortured Rutgers Cost the School?