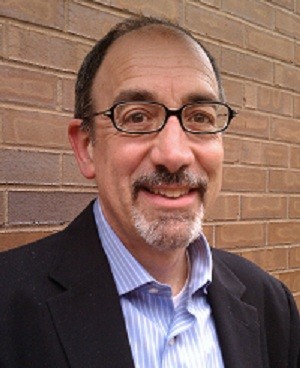 Synchronoss: Bridgewater-based Synchronoss is doing very well, thank you. The company has announced non-generally accepted accounting principles (GAAP) total revenue of $73.9 million, a year-over-year increase of 19 percent. Other earnings call highlights included non-GAAP operating income of $18.7 million, representing a 25 percent operating margin, and non-GAAP earnings per share of $0.29. The company said it had not only solidified its activation business but won significant cloud services engagements.

Analysts reports that NJTechWeekly.com consulted said there was not much new in the earnings announcement and call except for this: Stephen Waldis, CEO, said the company had “further solidified our activation business, particularly with our broadband providers” due to the small tuck-in acquisition of privately held SPATIALinfo (Melbourne, Australia, and Englewood, Colo.).

Tuck-in acquisitions are those made solely to merge the acquired company into a division of the acquirer. In this case, SPATIALinfo provides “the software solution at the physical layer for network inventory management, which we are combining with our activation-related services at the logical layer to develop a comprehensive, integrated broadband solution for our customers,” said Waldis.

“SPATIALinfo has a strong relationship with Comcast and with the Australian government’s National Broadband Network [NBN] that is in early stages of network buildout,” continued Waldis. He added that the tech provided by the acquired company will let Synchronoss move faster in deploying its “entire technology stack in a new, active greenfield opportunity like NBN Australia and at the same time offset any softness of our U.S. cable subscribers here in the United States. Most importantly, this solidifies the company’s base business in broadband and will enable Synchronoss to maximize the majority of its R&D focus and resources on a rapidly growing personal cloud business.”

Natcore Technology: The Toronto Venture Exchange (TSX-V) has named Natcore Technology (Red Bank) to its 2013 TSX Venture 50, a group of strong-performing companies in five sectors: clean technology; diversified industries; mining; oil and gas; and life sciences. Natcore was included in the clean technology category. Ten companies were chosen for the list from each sector. The companies were ranked based on the following criteria, with equal weighting assigned to each: market capitalization growth, share price appreciation, trading volume and analyst coverage.

In January 2013, the company said it had appointed scientist Daniele Margadonna, CTO of MX Group S.p.A. (Villasanta, Italy),  to a new advisory board. Margadonna has expertise in several technologies that will help increase energy efficiency and lower costs for solar cells, it said. Natcore says it plans to hire more scientists to further develop these technologies.

Cognizant: Reporting on Feb. 7, 2013, Cognizant (Teaneck) cited excellent earnings and good growth. The company said its Q4 revenue was up 3 percent sequentially and 17 percent year-over-year. Its annual revenue was $7.35 billion, up 20 percent over last year, and the company provided guidance for 2013 of revenue growth of at least 17 percent and revenue reaching $8.6 billion.

CEO and director Francisco D’Souza said the market shift his company had been predicting for several years was now coming to fruition. “For several quarters, we’ve been speaking to you about the secular shifts in both the economy and with technology itself. These shifts are now forcing clients to reexamine how they operate, moving from merely incremental levels of performance efficiency to building new digital business capabilities.” D’Souza calls this trend “run better and run different” and says it is providing opportunities for Cognizant, which has positioned itself to take advantage of it.

ALK Technologies: ALK Technologies (Princeton, N.J.), which makes navigation software aimed at commercial trucking and mobile devices — PC-Miler is a well-known product — has been acquired by Trimble (Sunnyvale, Calif.), a conglomerate. Details of the deal have not been disclosed. According to an article by Mike Davis in the Mercer County Times, the company has become part of Trimble’s transportation and logistics division under TMW Systems, which develops transportation management software. Barry Glick, ALK executive vice president and general manager, will continue to lead the organization under the Trimble umbrella.

SilverSun: Livingston-based SilverSunTechnologies, a publicly traded company engaged in delivering business technology solutions and services, recently announced a couple of acquisitions as part of a planned strategy to consolidate its Sage Software businesses.

First, SilverSun’s wholly owned subsidiary, SWK Technologies, has acquired the Sage business partner accounts of Dallas-based Point Solutions. The company has retained several of Point Solutions’ key personnel and will operate out of SWK’s new regional office in Dallas. Then, on Feb. 12, 2013, the company acquired the accounts of another Sage business partner, Software Generation (Colleyville, Texas), also known as SGEN. The acquisition expands SWK in Texas and lets the company add support for Sage Pro and Sage 300 ERP to its product portfolio.

The company has also released news of its craft beer software business, saying it has sold its BeerRun, BrewPub, BrewX ERP (powered by Sage ERP X3) and distributor relationship management system software as a service (SaaS) solutions jointly developed by SilverSun and SWK Technologies to 18 craft breweries throughout the country.

DataMotion: DataMotion (Morristown), a cloud-based secure data delivery provider, has added a vice president of sales to its management team to keep pace with rapid growth and expansion. Named to the newly created post is Bruce Skoletsky, formerly with Vello and Juniper Networks and a sales veteran with more than two decades’ experience helping to build networking companies. “We continue to experience tremendous growth in our core encryption business, and recently expanded operations have achieved immediate success,” said DataMotion’s vice present of business development and marketing, Pete Cafarchio.

Snap MyLife: Snap MyLife (Princeton), a developer of consumer and family cloud-services, announced that the company has changed its name to SnapOne, Inc. The newly renamed company  continued to focus on delivering a suite of products, including Snap Secure and Snap Sync, that allow individuals and families to manage their digital content and protect their data and privacy.

The company also announced that Bill Korn has joined the company as Chief Financial Officer. Korn is a 30-year veteran of the tech industry and a former CFO of Antenna Software (Jersey City) an enterprise mobility software vendor. Under his 10-year leadership, the company grew at an 87% CAGR.