Home » News » Former Princeton Company IntegriChain Gets Investment from Accel-KKR: Buys Out All Outside Investors 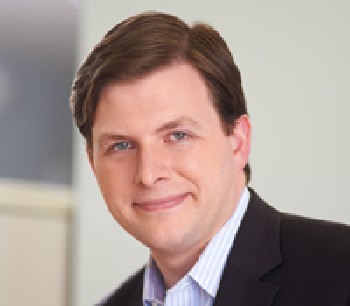 IntegriChain, which moved its headquarters and most of its employees from Princeton to Center City Philadelphia about a year ago, announced this morning that 100% of its outside investor pool was bought out by ACCEL/KKR, a PE tech fund co-managed by the giant VC and PE firms behind it. The founders will retain their stakes in the company.

“The investment will help IntegriChain to deepen its solutions and services for the life sciences industry, ” the company says. The amount of the investment was not disclosed. IntegriChain says it is profitable and expects to remain so.

IntegriChain is a player in the huge market for pharmaceutical data and related cloud software, but in a specific niche requiring deep domain expertise. It tracks the pipeline at each level in the distribution chain for ethical (prescription) pharmaceuticals, and provides that channel visibility to its major customers, who are large life sciences companies. IntegriChain says it “delivers solutions that improve life sciences suppliers’ management of their channel relationships, inventories, and orders across a vast network of retailers, ecommerce, and distributors.” It was founded in 2006 by CEO Kevin Leininger and Executive Vice President Joshua Halpern.

Halpern, who co-founded the company a few years out of Princeton University after helping build another startup, said in a phone interview with Philly Tech News that none of the major pharma information providers in the area, such as IMS Health, Veeva Systems,  or Health Market Science, are  are competitors in IntegriChain’s niche.

I found a few elsewhere,  such as ValueCentric, which is based near Buffalo. Philly’s Revitas has a similar focus on the channel, though I don’t think its product does the same things as IntegriChain.

The size of the market and IntegriChain’s revenue share are not known. IntegriChain has about 75 employees, and most have either migrated to or have been hired to work in Philadelphia.

IntegriChain runs a hybrid cloud using Amazon Web Services in combination
with its internal private cloud. It also uses TIBCO Spotfire, a competitor to Qlik Technologies and Tableau, as its business intelligence analytics and visualization engine, with considerable custom logic its built in. “As a suite of informed applications and analytics built on top of aggregated channel inventory and point-of-sale (POS) data, IntegriChain provides customer operations, national accounts, and finance teams with a collaborative, agile, and mobile alternative to ERP and homegrown systems,” the company said in its release.

It’s become a visible participant in the Philly Tech community, as you can see on its LinkedIn page.

Accel-KKR is a technology-focused investment firm with $4.0 billion in capital commitments to its current funds. The firm also tends to focus on middle-market, vertical opportunities such as IntegriChain.

Reposted with permission of Philly Tech News, with changes to the headline. The original post appeared here: Philadelphia’s IntegriChain gets investment from Accel-KKR Buys out all outside investors